Posted on November 8, 2018 in Thursday's Editorial 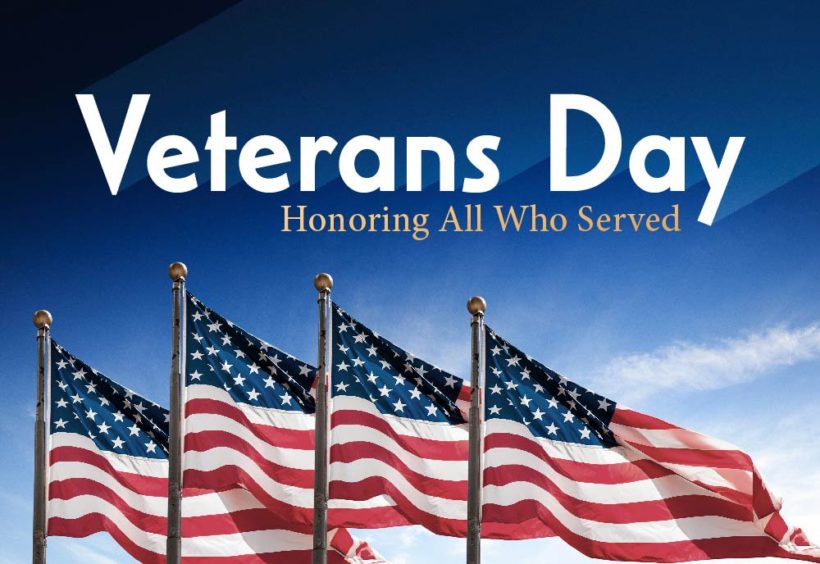 (by Chuck Norris) – With Veterans Day being Nov. 11, patriots everywhere feel a sense of pride as we again honor all who have served our country. But can you pass my Veterans Day test?

Do you know these facts about Veterans Day?

According to the latest U.S. Census Bureau statistics (as of November 2014):

Veterans Day originated as Armistice Day on Nov. 11, 1919, the anniversary of the end of the Great War, now known as World War I. (An armistice is an agreement by opposing forces to stop fighting.)

Veterans Day is commonly confused with Memorial Day. That is why it is important for citizens to realize Veterans Day falls on Nov. 11 and honors living service members, whereas Memorial Day is commemorated on the fourth Monday in May and honors those who have died in service of our country or from resulting injuries thereof.

As far as caring for living veterans goes, History’s website highlights a few noteworthy facts: “The VA health care system had 54 hospitals in 1930, since then it has expanded to include 171 medical centers; more than 350 outpatient, community, and outreach clinics; 126 nursing home care units; and 35 live-in care facilities for injured or disabled vets.”

A 1946 Gallup poll revealed that most veterans — 75 percent from World War I and 69 percent from World War II — believed that the U.S. government had given them sufficient help. What’s interesting is that uninjured combat vets from World War I were given “little more than a $60 allowance and a train ticket home,” according to the Department of Veterans Affairs. With the GI Bill becoming law in 1944, however, additional benefits for vets included education, job training, unemployment compensation and guaranteed home and business loans.

My father fought in World War II at the Battle of the Bulge. I served for four years in the Air Force in South Korea, and my brother Aaron served in the Army in the Korean Demilitarized Zone. My other brother, Wieland, was killed in action in Vietnam when he walked point alone and drew out enemy fire so that others in his platoon could fight their way out to freedom. Many souls were saved on that day because of my brother’s bravery. (My mom wrote a chapter on each of us and our military service — and for the first time tells Wieland’s war story at length — in her autobiography, “Acts of Kindness: My Story.”…

I agree with these words by President John F. Kennedy: “As we express our gratitude, we must never forget that the highest appreciation is not to utter words, but to live by them.”

You want to pass my Veterans Day test? Then educate others about veterans and, as often as they are before you, shake the hands of those who are serving or have served our country as you say, “Thanks for your service.”

On behalf of millions of Americans, my wife, Gena, and I salute all who serve and have served our great country and the cause of freedom. And we pray daily for those who continue to put themselves in harm’s way and humbly bow our heads in thanks for our fallen heroes who have given their lives so that we might live ours.

Posted at Townhall.com on November 11, 2014.  Reprinted here November 8, 2018 for educational purposes only.

1. The purpose of an editorial/commentary is to explain, persuade, warn, criticize, entertain, praise or answer. What do you think is the purpose of Chuck Norris’ editorial? Explain your answer.