How Aid Groups Distort Our View of Africa

Posted on September 2, 2010 in Thursday's Editorial

(by Duncan McNicholl, NYPost.com) – We’ve all seen it: the photo of a teary-eyed African child, dressed in rags, smothered in flies, with a look of desperation that the caption all too readily points out. Some organization has made a poster that tells you about the realities of poverty, what they are doing about it, and how your donation will change things.

I reacted very strongly to these kinds of photos when I returned from Africa in 2008. I compared these photos to my own memories of Malawian friends and felt lied to. How had these photos failed so spectacularly to capture the intelligence, the laughter, the resilience, and the capabilities of so many incredible people?

The truth is that the development sector, just like any other business, needs revenue to survive. Too frequently, this quest for funding uses these kind of dehumanizing images to draw pity, charity, and eventually donations from a largely unsuspecting public. I found it outrageous that such an incomplete and often inaccurate story was being so widely perpetuated by the organizations on the ground – the very ones with the ability and the responsibility to communicate the realities of rural Africa.

This is not to say that people do not struggle – far from it – but the photos I was seeing only told part of the story. I thought that these images were robbing people of their dignity, and I felt that the rest of the story should be told as well. Out of this came the idea for a photography project, which I am tentatively calling “Perspectives of Poverty.” I am taking two photos of the same person; one photo with the typical symbols of poverty (dejected look, ripped clothes, etc.), and another of this person looking their very finest, to show how an image can be carefully constructed to present the same person in very different ways.

I want to bring to light some of the different assumptions we make about a person, especially when we see an image of “poverty” from rural Africa. So far, I have finished two sets in the series.

In 2008 I lived with Bauleni Banda and his family in Chikandwe village for three months. In many ways, the Bandas represent a fairly typical low-income rural household, who are dependent on subsistence maize farming for their livelihood.

Last month I was able to visit them for a wonderful, five-day stay in the village. During this stay I decided to ask Bauleni about my proposed photography project. He only speaks Chichewa, so my explanation was probably muddled at best, but he reacted very strongly on the topic of Non-Governmental Organizations (NGOs) taking photos and was keen to try something out.

I left the decisions about how Bauleni would present himself entirely up to him. I only told him that I wanted to take one photo of him “wochena” (the Chichewa equivalent of “dressed to kill”) and another of him “wosachena,” or “dressed very poorly.” Bauleni got right into character and we ended up having a lot of fun taking the photos. [See photos under “Background” below.]

Edward Kabzela is an area borehole maintenance mechanic who helps village committees keep their water points functioning. He is quite successful, both as an area mechanic and through other business initiatives. He grows tobacco, works with a basket weaving business, collects rent from a shop in the market, and services over 60 water points in his area. He is a great example of how little a thatched roof says about someone’s livelihood.

Edward was pretty excited about the project, but he had a pretty hard time keeping a straight face for the photos of him trying to look “poor.” The photos of Banda had the same kind of hilarity, with community members shouting out helpful hints on how to “look more poor.” Neither had any trouble putting on their best and looking sharp. [See photos under “Background” below.]

Bauleni wants to emphasize that his family still struggles. The Bandas barely get by as farmers and, a few years ago, they thought they might not. Yes, they need assistance – but investment, not charity. The distorted image that Americans get of Africa frequently reduces people to something that should be pitied. We must see beyond this. The millions worldwide who live in poverty deserve a better future, and that starts with treating them with dignity and respect.

Duncan McNicholl is a member of Engineers Without Borders Canada, and works in Malawi. He blogs at waterellness.ca.

This article was first in the New York Post on May 23, 2010.  Reprinted here on August 26th for educational purposes only. May not be reproduced on other websites without permission from The New York Post. Visit the website at NYPost.com.

1. Why was Duncan McNicholl upset by photos of Africans living in poverty put out by a relief organization? (How does he describe the people he met in Africa?)

2. For what reason does Mr. McNicholl say aid groups use misleading photos of poor Africans?

3. What is the goal of Mr. McNicholl’s photography project?

4. How effective do you think his project will be? Explain your answer.

5. Did your view of African villagers change when you read (in para. 10) “community members shout[ed] out helpful hints on how to ‘look more poor'”? Explain your answer.

6. What type of assistance does Malawian Bauleni Banda say Africans who live in poverty want? (What would be most effective in helping them to rise out of poverty?) 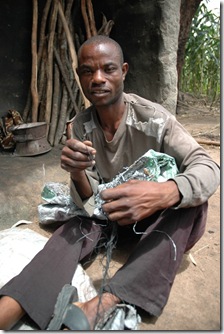 Bauleni Banda in his good clothes: 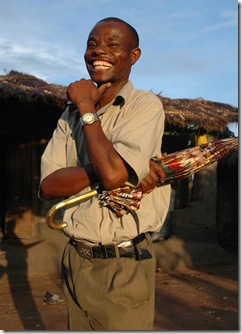 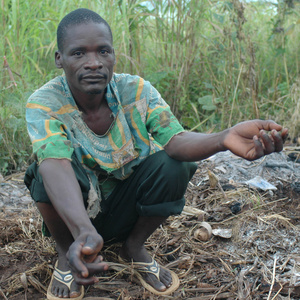 Edward Kabzela in his good clothes: 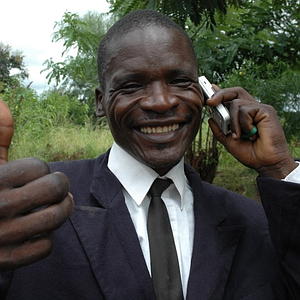