Posted on January 5, 2017 in Thursday's Editorial 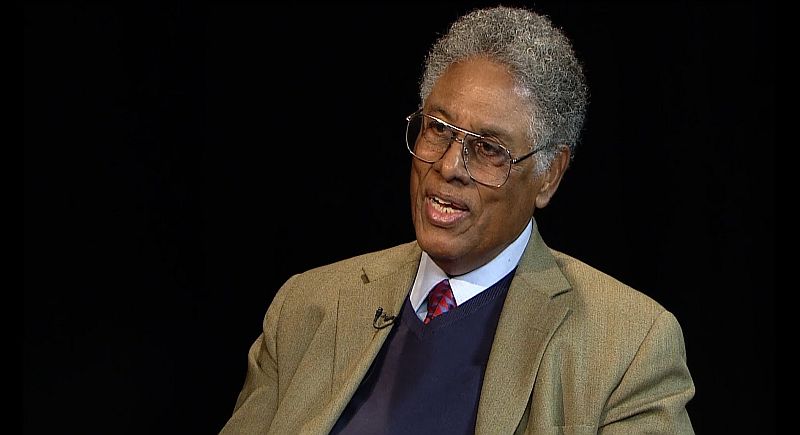 (by Thomas Sowell, Townhall) – Even the best things come to an end. After enjoying a quarter of a century of writing this column for Creators Syndicate, I have decided to stop. Age 86 is well past the usual retirement age, so the question is not why I am quitting, but why I kept at it so long.

It was very fulfilling to be able to share my thoughts on the events unfolding around us, and to receive feedback from readers across the country — even if it was impossible to answer them all.

Being old-fashioned, I liked to know what the facts were before writing. That required not only a lot of research, it also required keeping up with what was being said in the media.

During a stay in Yosemite National Park last May, taking photos with a couple of my buddies, there were four consecutive days without seeing a newspaper or a television news program — and it felt wonderful. With the political news being so awful this year, it felt especially wonderful.

This made me decide to spend less time following politics and more time on my photography, adding more pictures to my website (tsowell.com).

Looking back over the years, as old-timers are apt to do, I see huge changes, both for the better and for the worse.

In material things, there has been almost unbelievable progress. Most Americans did not have refrigerators back in 1930, when I was born. Television was little more than an experiment, and such things as air-conditioning or air travel were only for the very rich.

My own family did not have electricity or hot running water, in my early childhood, which was not unusual for blacks in the South in those days.

It is hard to convey to today’s generation the fear that the paralyzing disease of polio inspired, until vaccines put an abrupt end to its long reign of terror in the 1950s.

Most people living in officially defined poverty in the 21st century have things like cable television, microwave ovens and air-conditioning. Most Americans did not have such things, as late as the 1980s. People whom the intelligentsia continue to call the “have-nots” today have things that the “haves” did not have, just a generation ago.

In some other ways, however, there have been some serious retrogressions over the years. Politics, and especially citizens’ trust in their government, has gone way downhill.

Back in 1962, President John F. Kennedy, a man narrowly elected just two years earlier, came on television to tell the nation that he was taking us to the brink of nuclear war with the Soviet Union, because the Soviets had secretly built bases for nuclear missiles in Cuba, just 90 miles from America.

Most of us did not question what he did. He was President of the United States, and he knew things that the rest of us couldn’t know — and that was good enough for us. Fortunately, the Soviets backed down. But could any President today do anything like that and have the American people behind him?

Years of lying Presidents — Democrat Lyndon Johnson and Republican Richard Nixon, especially — destroyed not only their own credibility, but the credibility which the office itself once conferred. The loss of that credibility was a loss to the country, not just to the people holding that office in later years.

With all the advances of blacks over the years, nothing so brought home to me the social degeneration in black ghettoes like a visit to a Harlem high school some years ago.

When I looked out the window at the park across the street, I mentioned that, as a child, I used to walk my dog in that park. Looks of horror came over the students’ faces, at the thought of a kid going into the hell hole which that park had become in their time.

When I have mentioned sleeping out on a fire escape in Harlem during hot summer nights, before most people could afford air-conditioning, young people have looked at me like I was a man from Mars. But blacks and whites alike had been sleeping out on fire escapes in New York since the 19th century. They did not have to contend with gunshots flying around during the night.

We cannot return to the past, even if we wanted to, but let us hope that we can learn something from the past to make for a better present and future.

Goodbye and good luck to all.

Coypright 2016 Creators .com.  Published December 27, 2016 at RealClearPolitics.com. Reprinted here January 5, 2017 for educational purposes only. May not be reproduced on other websites without permission from RealClearPolitics and Creators.

1. Tone is the attitude a writer takes towards his subject: the tone can be serious, humorous, sarcastic, ironic, inspiring, solemn, objective, cynical, optimistic, encouraging, critical, enthusiastic… Which word do you think best describes the tone of economist Thomas Sowell’s commentary? Explain your answer.

2. Check out further articles and information by and about Thomas Sowell under “Resources” below. List 2-3 adjectives that you think best describe him. Explain your answer.