Posted on November 9, 2017 in Thursday's Editorial 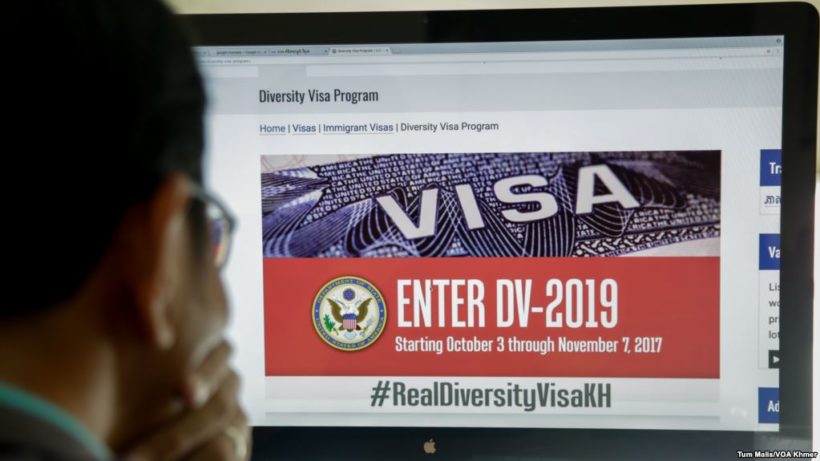 (by Helen Raleigh, Townhall) – The Immigration Act of 1990, section 131, established the Diversity Visa (DV) program, which is also called the Visa Lottery program. The program’s stated goal was to bring individuals to the U.S. from nations that had been sending few immigrants in the past. The word “diversity” here refers not to race, but to country of origin. Every year, this program awards about 50,000 foreign nationals permanent residency in the U.S. based on pure luck. The U.S. is the only country in the world to actively recruit immigrants in such fashion.

There are many problems with this program, including but not limited to the following:

It serves no national interests. Anyone can apply as long as his or her home country is not on the exclusion list. There is no cost to register. The admission criteria are very low. The program requires the principal DV applicant to have only a high school education or its equivalent, and two years of any kind of work experience. Applicants are admitted based on luck, not on either humanitarian needs or skills. Applicants do not have to show any family tie with the U.S.

The program is heaven for fraudsters. Since there is no limit to how many times a person can enter the lottery, many foreign nationals apply for the program multiple times and use different aliases and other false personal information. Illegal immigrants are eligible to apply as well. The State Department has issued fraud warnings due to an increasing number of fraudulent emails and letters sent to applicants that falsely promise success to applicants in exchange for large sums of money.

The program is an administrative nightmare. It drew more than 14 million applicants in both 2014 and 2015. Some of the countries that have consistently produced over a million lottery entries year after year are Nigeria, Ghana, Uzbekistan, and Ukraine. Even a small country like Nepal (population 28 million) submitted close to 900,000 lottery entries in 2015. It is a huge burden to process these applications and verify their information. Although the annual number of visas allocated to this program is 50,000, the State Department normally selects about 100,000 applicants on a random basis in the first round. These applicants are then interviewed and undergo background checks and medical exams. The first 50,000 deemed eligible will receive visas. Since applicants do not pay any fee to enter the lottery, all the costs of time and personnel are borne by the State Department and the Department of Homeland Security, agencies that are already overwhelmed.

National security threats. This program encourages immigration from countries or regions where fraud is common and terrorist groups are active. It allows people to become legal U.S. residents overnight without any family or other ties to the U.S. Once applicants have become legal U.S. residents, they can move freely around the country and take any jobs they like. It is an almost perfect program for terrorists, and several known terrorists came to the U.S. as lottery winners. The most notorious one (prior to the recent terror attack in New York) is Hesham Mohamed Hedayet, who shot several people at the LAX airport in 2002. According to testimony of the State Department’s Inspector General during the 109th Congress, “The Diversity Visa program contains significant risks to national security from hostile intelligence officers, criminals, and terrorists attempting to use the program for entry into the United States as permanent residents.”

While many legal immigrants wait years to be admitted into the U.S. after paying enormous fees and providing every kind of legal document, the visa lottery program randomly gives 50,000 visas away with little requirement on language and work experience and without a strict vetting process. The lottery program doesn’t strengthen family ties, nor does it promote diversity or our nation’s economic interests. Congress should abolish it and transfer the 50,000 visa quotas to skill-based immigration.

Originally published Nov. 4, 2017.  Reprinted here on Nov. 9, for educational purposes only. May not be reproduced on other websites without permission from Townhall.

2. List four problems with the Diversity Visa Program that Ms. Raleigh details in this commentary.

3. From paragraph 11: “While many legal immigrants wait years to be admitted into the U.S. after paying enormous fees and providing every kind of legal document, the visa lottery program randomly gives 50,000 visas away with little requirement on language and work experience and without a strict vetting process.”
What is your reaction to this information?

4. Consider the fact that terrorists have used the program:

Ms. Raleigh concludes by recommending: “Congress should abolish [the Diversity Visa Lottery Program and transfer the 50,000 visa quotas to skill-based immigration.” Do you agree or disagree? Explain your answer.