Posted on September 25, 2020 in Thursday's Editorial 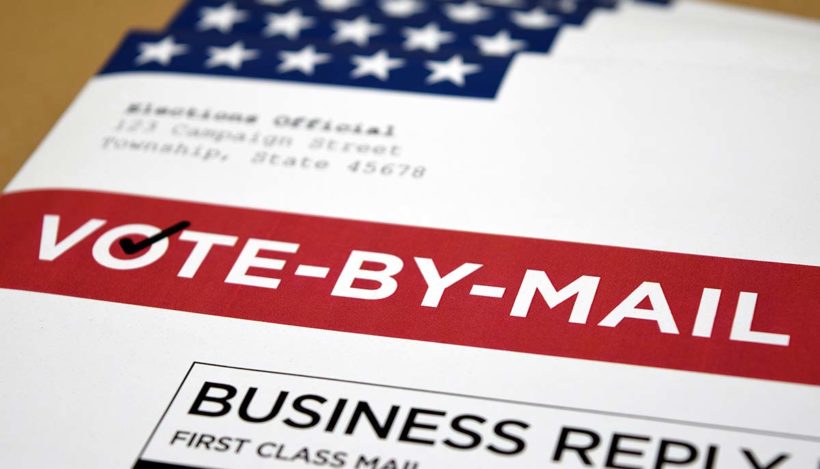 Democrats in all four states won legal battles in the last week to allow ballots arriving days after Election Day to still be counted.

These rule changes will throw the nation into limbo, even as politicians and the media are wringing their hands, warning of a constitutional crisis and street violence when Election Night fails to produce a winner. This crisis doesn’t have to occur.

Congress should act fast to establish a uniform deadline for requesting mail-in ballots to ensure voters in every state have time to return them before Election Day. Not days late.

Congress should also require states to open and validate mail-in ballots as they’re received, instead of waiting to tally mountains of unopened ballots on Election Day.

The Democrats’ actions in Pennsylvania suggest the party is determined to abolish Election Night, with all the certainty it provides about who the next commander-in-chief is. The GOP-controlled state legislature…proposed moving the deadline for requesting mail-in ballots to 15 days before Election Day, allowing plenty of time for ballots to be filled out and mailed in. [The deadline for applying for mail-in ballots is currently 7 days prior to the election].

Yet Pennsylvania Democrats and their lawyers did an end run around the legislature, rushing to court to demand that ballots be counted even if they arrive three days after Election Day. The Pennsylvania Supreme Court, dominated by elected Democratic judges, acceded. [In Pennsylvania, judges run for office. Currently, there are 5 Democratic justices and 2 Repbulican justices on the state Supreme Court].

Pennsylvania law makes clear that only ballots arriving by election day can be counted. But State Supreem Court Justice Max Baer, writing for the majority, held that deadline had to be ignored, because of a natural disaster, the pandemic. He said it would be unfair to make undecided voters cast their mail-in ballots early in order to ensure their arrival by Election Day. That’s rings untrue, especially because Democrats have been pushing early voting for years.

The same is true in Michigan, a swing state that President Trump won by a hair in 2016. On Friday, a Michigan court overruled a state law requiring all ballots arrive by Election Night. The court gave Democrats what they asked for, allowing ballots arriving two weeks after the polls close to be counted.

No surprise, Michigan’s Secretary of State Jocelyn Benson is a Democrat who endorsed Biden.

Same story in Wisconsin. Democrats there went to court and on Monday won an extra six days for absentee ballots to be counted after Election Night. Federal judge William Conley, an Obama appointee, disregarded Wisconsin state law that requires valid ballots to be received by Election Day.

House Speaker Nancy Pelosi rambled Sunday that Congress’ job is to “protect the integrity of the election.” If she meant it, she would introduce legislation now to avert the coming election crisis, instead of offering wild speculation about impeaching the president — again.

Congress has the authority to set national mail-in ballot standards. …

Election Night is a symbol of our democracy. Americans don’t have to choose between protecting this great American moment and allowing mail-in voting. It’s possible to have both.

Betsy McCaughey is a former lieutenant governor of New York.

Published September 23, 2020 at NYPost .com. Reprinted here Sept. 24, 2020 for educational purposes only. May not be reproduced on other websites without permission from the New York Post.

1. In her commentary, Betsy McCaughey identifies a problem and suggests a solution.
a) What problem does she describe?
b) What solution does she offer?

2. What similar state law in Pennsylvania, Michigan and Wisconsin did judges disregard when ruling to extend the deadline for receiving absentee/mail-in ballots?

3. Why does Ms. McCaughey assert that Congress should also require states to open and validate mail-in ballots as they’re received, “instead of waiting to count mountains of unopened ballots on Election Day?”

4. a) Do you agree or disagree with the assertion that Democrats in these states have made about the need for extending the deadline for receiving mail-in/absentee ballots to well past Election Day? Explain your answer.
b) Ask a parent if he/she thinks extending the deadlines past the election will help or harm the integrity of Election Day? (Also ask, do you think your answer would be different depending on the candidate your support?) Please explain your answers.