Ban This! No, Never Mind! 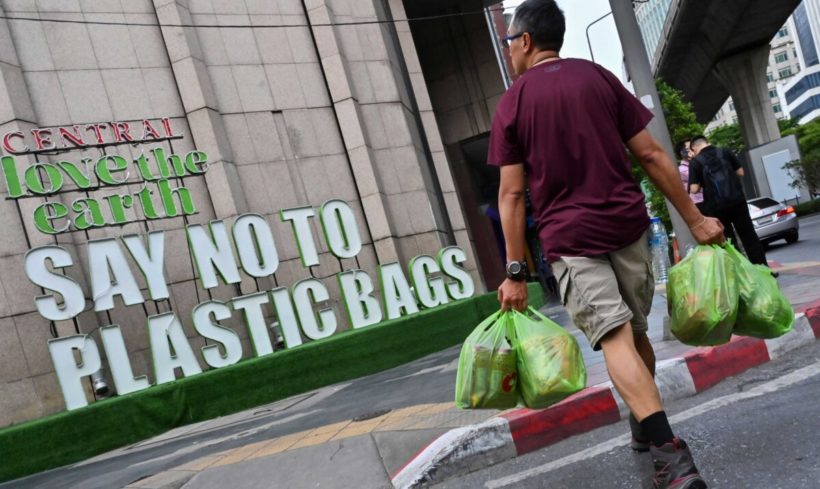 (by John Stossel, New Hampshire Union Leader) — Recently, many politicians were in such a hurry to ban plastic bags.

California and Hawaii banned them, then New York. Then Oregon, Connecticut, Maine and Vermont passed laws against them. More than 400 cities did, too.

Why? Because plastic bags are evil, didn’t you know?

So what should we use instead of plastic? Cloth bags! They’re reusable! “Certainly the way to go!” said New Jersey’s assembly speaker.

But now, suddenly, politicians are canceling their bans. Instead, they’re banning the once praised reusable bags.

But environmental groups, like Greenpeace, call those disease fears “misinformation.”

“There are no studies or evidence that reusable bags are transmitting viruses,” says Alex Truelove of the Public Interest Research Group, in my new video.

He’s right. There are no human studies, but COVID-19 is so new. Millions of piglets died from swine coronavirus. The agriculture department concluded that reusable feed bags were probably the cause.

Still, even now, some politicians can’t wait to ban plastic again. Boston Mayor Marty Walsh says “as soon as this crisis is over we’ll go back to all paper bags and reusable bags.”

“Politicians are always just looking for something to do,” complains supermarket executive Andrea Catsimatidis.

She points out that paper bags cost five times what plastic costs. “When you’re talking billions of bags, it really adds up!”

And paper bags don’t hold as much. They rip.

Plastic is more convenient. Why must politicians take away what’s convenient?

“Over two-thirds of everything we use is not recycled or composted and ends up in a landfill,” complains Truelove.

People think America is running out of room for landfills, but that’s not true.

“All America’s trash for the next century would fit in one landfill just 18 miles square,” says environmental economist Ross McKitrick. Landfills take up so little space that “if you look the air you wouldn’t even be able to see where landfills are.”

And modern landfills hardly pollute. They’re surrounded by layers of clay and plastic that keep nasty stuff in the garbage from leaking out.

But what about all that plastic in the ocean?

Plastic bags are sometimes eaten by animals. Some sea turtles mistake the bags for jellyfish and then starve. Islands of floating garbage have formed in the Pacific Ocean.

Green groups have convinced Americans that we are to blame.

But we aren’t! Even if you litter—and today, fewer Americans do—your litter is unlikely to end up in an ocean.

Almost all the plastic in oceans comes from Asia and Africa. Less than 1 percent comes from North America.

In other words, banning plastic bags in America will accomplish roughly … nothing.

What it will do is inconvenience Americans and make some of us sick.

Truelove says, “We should … set an example for the rest of the world.”

“That’s posturing,” replies McKitrick. “The rest of the world isn’t looking to see what you do with your Starbucks cup.

“If we are concerned about other countries’ waste going into their river systems,” he adds, “there are better things we can do. We can share technology with them so they process their waste better. That’s better than imposing on consumers’ tiresome inconveniences in hopes that it will somehow change behavior on the other side of the planet.”

Politicians “looking for something to do” routinely do more harm than good.

John Stossel is an Award-winning news correspondent and best-selling author. His latest book is “No, They Can’t: Why Government Fails—But Individuals Succeed.”

Published May 7, 2020 at unionleader .com. Reprinted here for educational purposes only. May not be reproduced on other websites without permission from the New Hampshire Union Leader.

1. The purpose of an editorial/commentary is to explain, persuade, warn, criticize, entertain, praise or answer. What do you think is the purpose of John Stossel’s editorial? Explain your answer.