Are you smarter than a college student?

Posted on October 19, 2017 in Thursday's Editorial 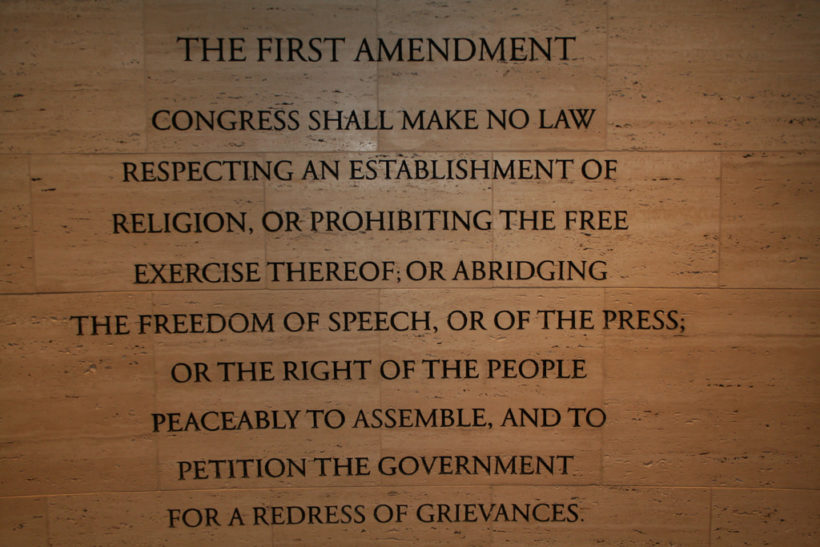 (by Robby Soave, Reason .com) – A new study conducted by the Brookings Institution’s John Villasenor, a professor at the University of California-Los Angeles, asked 1,500 students at four-year universities about their views on free speech, and the results are unsettling.

Men were more likely than women to say hate speech was protected (51 percent vs. 31 percent.) And while conservative students are often thought to be more in favor of free speech than their liberal counterparts—at least in the present campus censorship wars—the study suggests this reputation is undeserved. Just 44 percent of self-identified Republicans said that hate speech was protected by the First Amendment, compared with 39 percent of Democrats and 40 percent of independents.

A striking majority of surveyed students—51 percent—thought “shouting so that the audience cannot hear” was a valid tactic for opposing a controversial speaker. Violence was acceptable to 19 percent of respondents.

“Across most categories, and in the aggregate, the majority of students appear to prefer an environment in which their institution is expected to create an environment that shelters them from offensive views,” wrote Villasenor. “The exceptions are among Republicans and Independents, though even in those categories nearly half of the students still expressed a preference for the more sheltered environment.”

It’s not just a matter of preference, however. Given that a majority of students incorrectly say the First Amendment doesn’t protect hate speech, or that they don’t know whether it does, we must also consider sheer ignorance as an explanation for the waves of student-led shut downs on American campuses in recent years.

Teenagers are somehow making it through 12 years of primary education without absorbing the most basic civics lesson: The founding documents of the United States of America zealously protect people who make offensive statements from censorship at the hands of government officials or violent mobs.

Published Sept. 19, 2017 at reason .com.  Reprinted here on October 19, 2017, for educational purposes only. May not be reproduced on other websites without permission from Reason.

1. The purpose of an editorial/commentary is to explain, persuade, warn, criticize, entertain, praise or answer. What do you think is the purpose of Cal Thomas’ editorial? Explain your answer.

2. What is your reaction to each of the following points made by UCLA professor John Villasenor about his survey on college students’ views on free speech?

“I think that there is insufficient attention given to the First Amendment, and to constitutional principles generally, in pre-college education. Most middle and high school students are taught, for example, that there is a Bill of Rights. But very few of them receive significant instruction on how key Supreme Court rulings have shaped contemporary interpretations of the First (or other) Amendments.

We don’t need to turn middle and high school students into experts on constitutional law. But we can do a better job of giving them a fuller explanation of the scope of the First Amendment, and the fact that it protects the expression of offensive views. And, I would hope that we can do a better job at convincing current and future college students that the best way to respond to offensive speech is with vigorous debate, or peaceful protest—and not, as many seem to believe, with violence.”

Do you agree with this suggestion? Explain your answer.