2. One of the types of humor an editorial cartoonist uses is irony. Irony is defined as when the opposite of what you expect to happen occurs. Describe the irony in this cartoon. 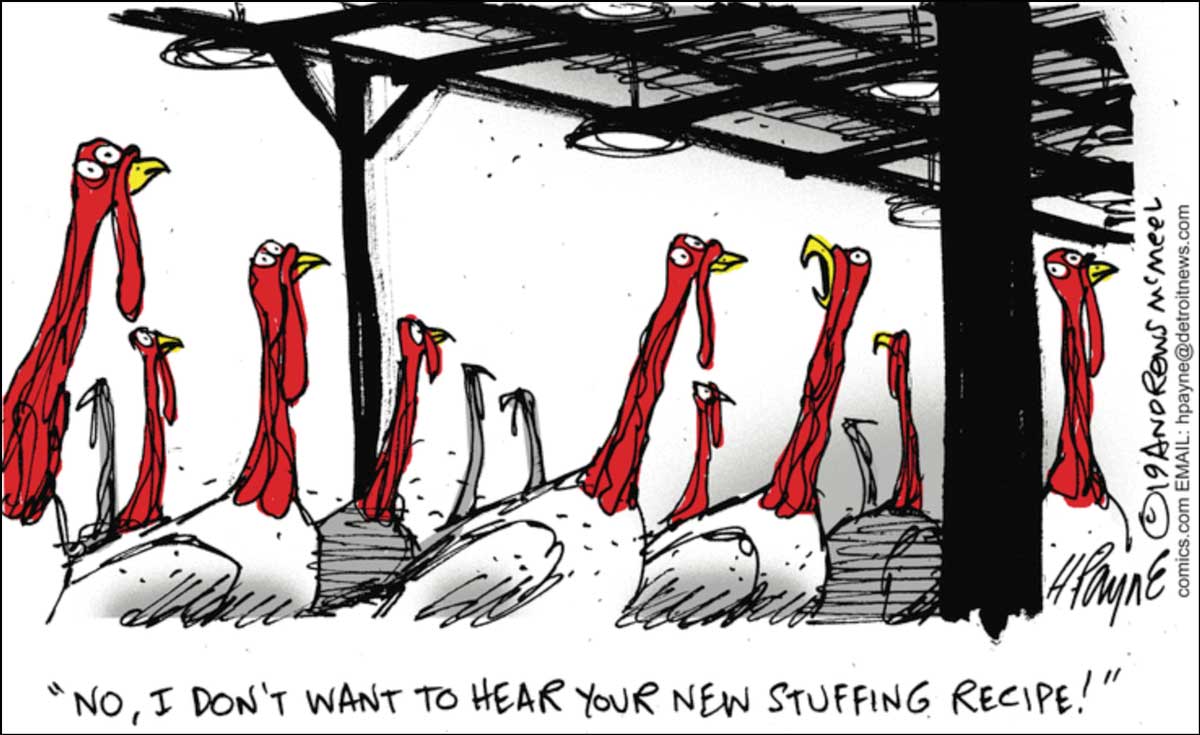 1. c) anthropomorphism – a type of personification that gives human characteristics to non-humans or objects especially animals

The cartoonist did not use:
a) caricature, which is a description or characterization that exaggerates or distorts a character’s prominent features, usually for purposes of mockery. For example, a cartoon of a gaunt Abraham Lincoln with a giant top hat, a very scraggly beard, and sunken eyes could be considered a caricature.
b) onomatopoeia, which is the creation of words that imitate natural sounds (buzz and hiss are examples of onomatopoeia)
d) oxymoron, which is a combination of contradictory or incongruous words (such as the phrase “jumbo shrimp” “virtual reality”)
e) pun, which is a play on words that uses the similarity in sound between two words with distinctly different meanings

2. The irony of the cartoon: You expect the turkey to be afraid of Thanksgiving in which she will be the dinner; instead she is talking about cooking stuffing, one of the traditional Thanksgiving dishes served with turkey.