To what ongoing news story does this cartoon refer? 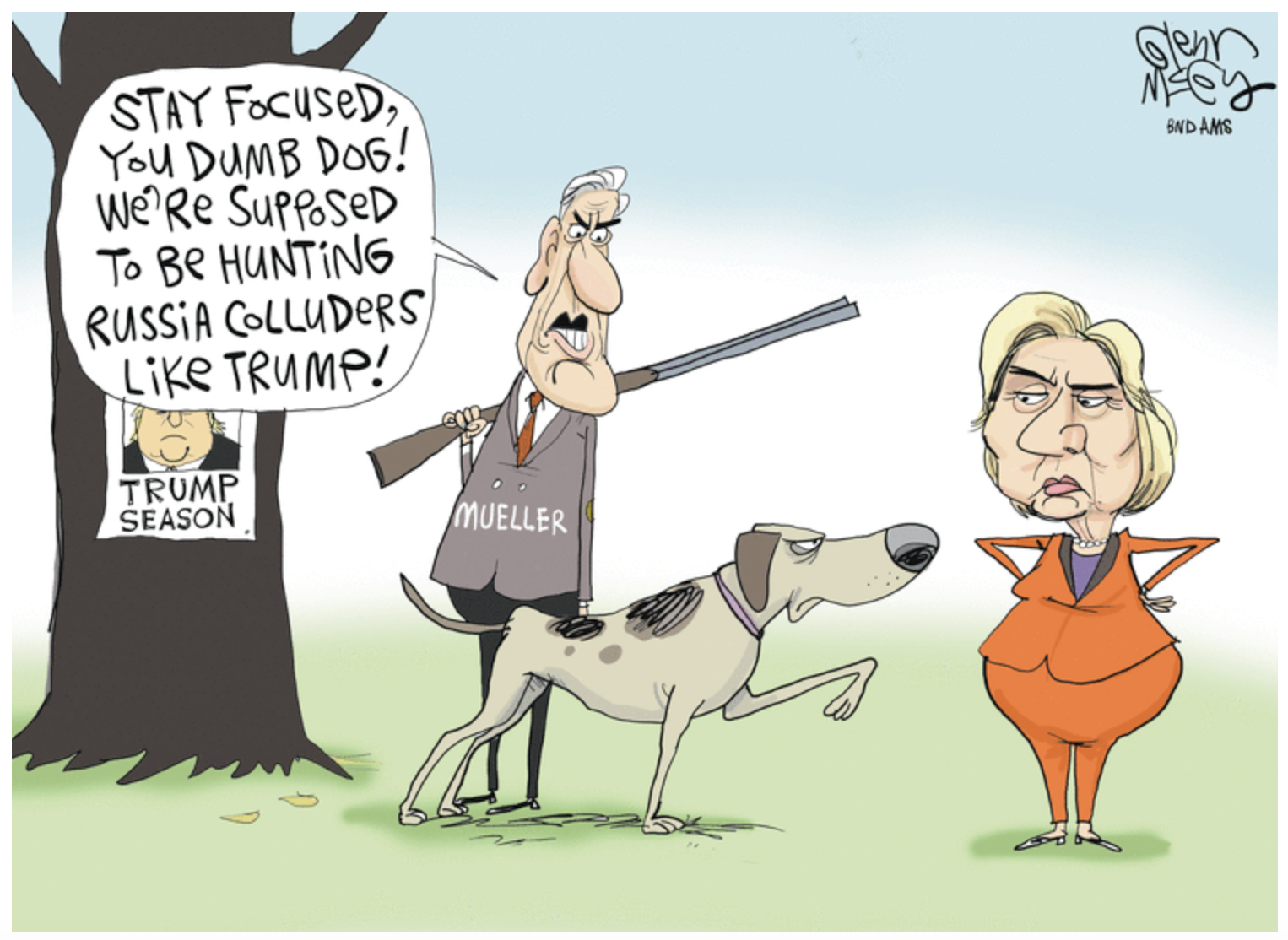 For well over a year now, the progressive left in the Democratic Party have tried hard to sell the idea that:
a) Russia meddled in our election, and
b) that it was to the detriment of Hillary Clinton
After nearly a year and a half of investigating, neither appears true. What is true, and now documented, is that Hillary Clinton and her family foundation both benefited handsomely from Russian corruption. (investors.com)