1. A cartoonist often uses humor to illustrate a news item. What literary device does the cartoonist use to illustrate the news stories? Explain your answer.
a) understatement
b) hyperbole
c) caricature
d) anthropomorphism
e) symbol

2. What two news items did cartoonist Steve Kelley combine to create this cartoon? 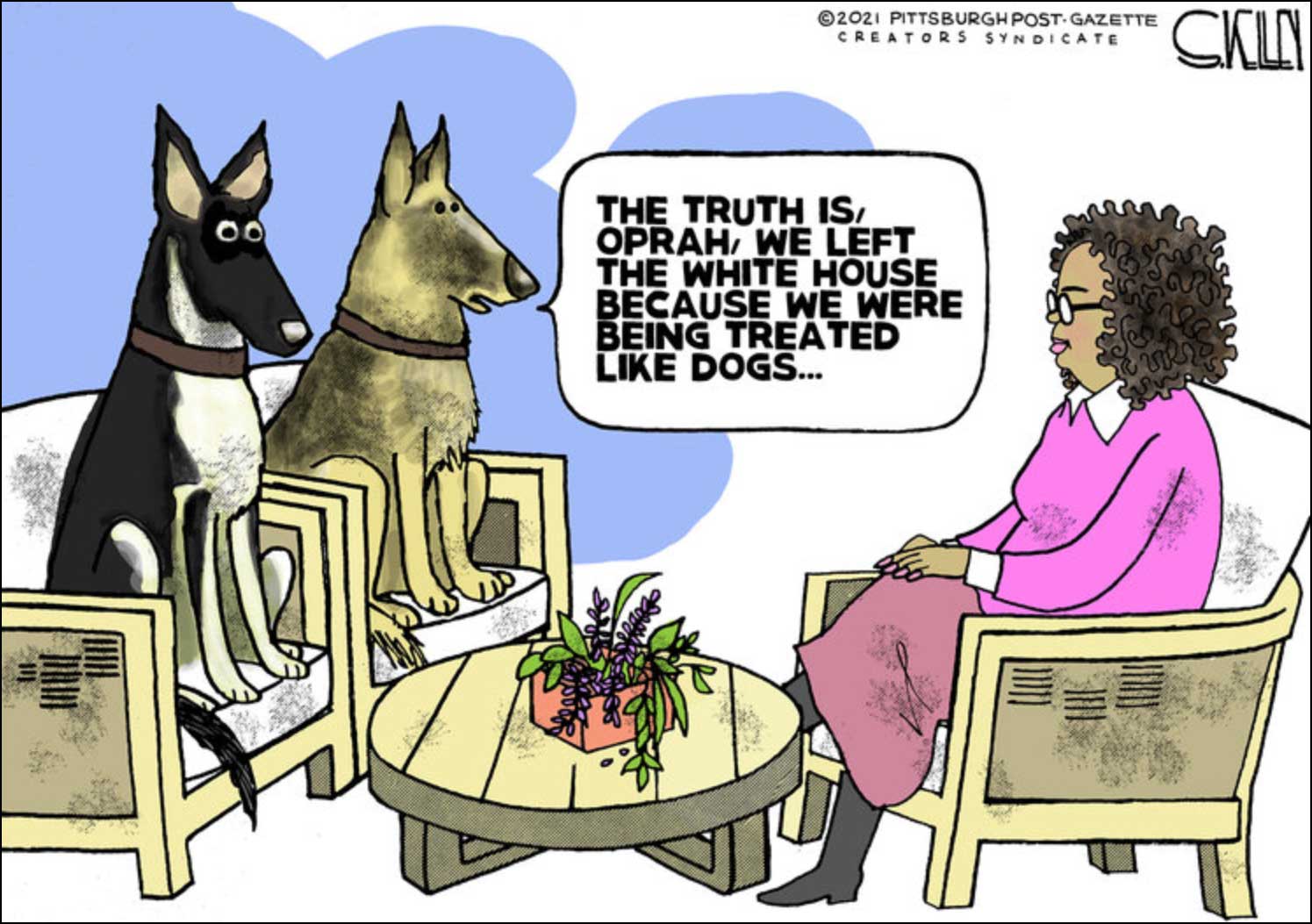 1. d) anthropomorphism – a type of personification that gives human characteristics to non-humans or objects – especially animals.
-There is a slight difference between personification, which is an act of giving human characteristics to animals or objects to create imagery, and anthropomorphism, which aims to make an animal or object behave and appear like they are human beings. (literarydevices.net)

a) understatement: a figure of speech (in this case an illustration) employed by writers or speakers (or cartoonists) to intentionally make a situation seem less important than it really is.

b) hyperbole: Hyperbole is an exaggerated boast, character, situation, or environment. It stretches the truth well beyond reality. The key to good hyperbole is the tone; it has to be clear to the audience that it’s an exaggeration for comedic effect. The cartoonist uses hyperbole to exaggerate the size of the murder hornets (which are the world’s largest hornets), as well as the danger posed to humans by these hornets. (They can kill humans, but it’s rare.)

c) caricature: A description or characterization that exaggerates or distorts a character’s prominent features, usually for purposes of mockery. For example, a cartoon of a gaunt Abraham Lincoln with a giant top hat, a very scraggly beard, and sunken eyes could be considered a caricature.

2. Prince Harry and his wife Megan Markle sat with Oprah Winfrey for a 90-minute primetime interview this week, where they aired their grievances with the Palace and the Royal Family, and talked of why they quit their duties as working royals and left Britain.

President Biden’s dogs Champ and Major were banished from the White House this week and sent to Biden’s house in Delaware after an “aggressive behavior” incident in which Major had a “biting incident” with a a Secret Service agent, and caused a “minor injury” to the agent.

Cartoonist Steve Kelley has the president’s dogs sit down for an interview with Oprah. :)