1.  Which one of the following do you think cartoonist Stephan Pastis probably believes to be true based on this cartoon?
a)  people should have to pass a civics test to be able to vote
b)  only people who have spent time as elected officials should be able to vote
c)  most people are not particularly informed about civics and don’t seem to care
d) Americans who follow wrestling are the most uninformed group of voters in the country

2.  Do you agree with this assertion?  Explain your answer. 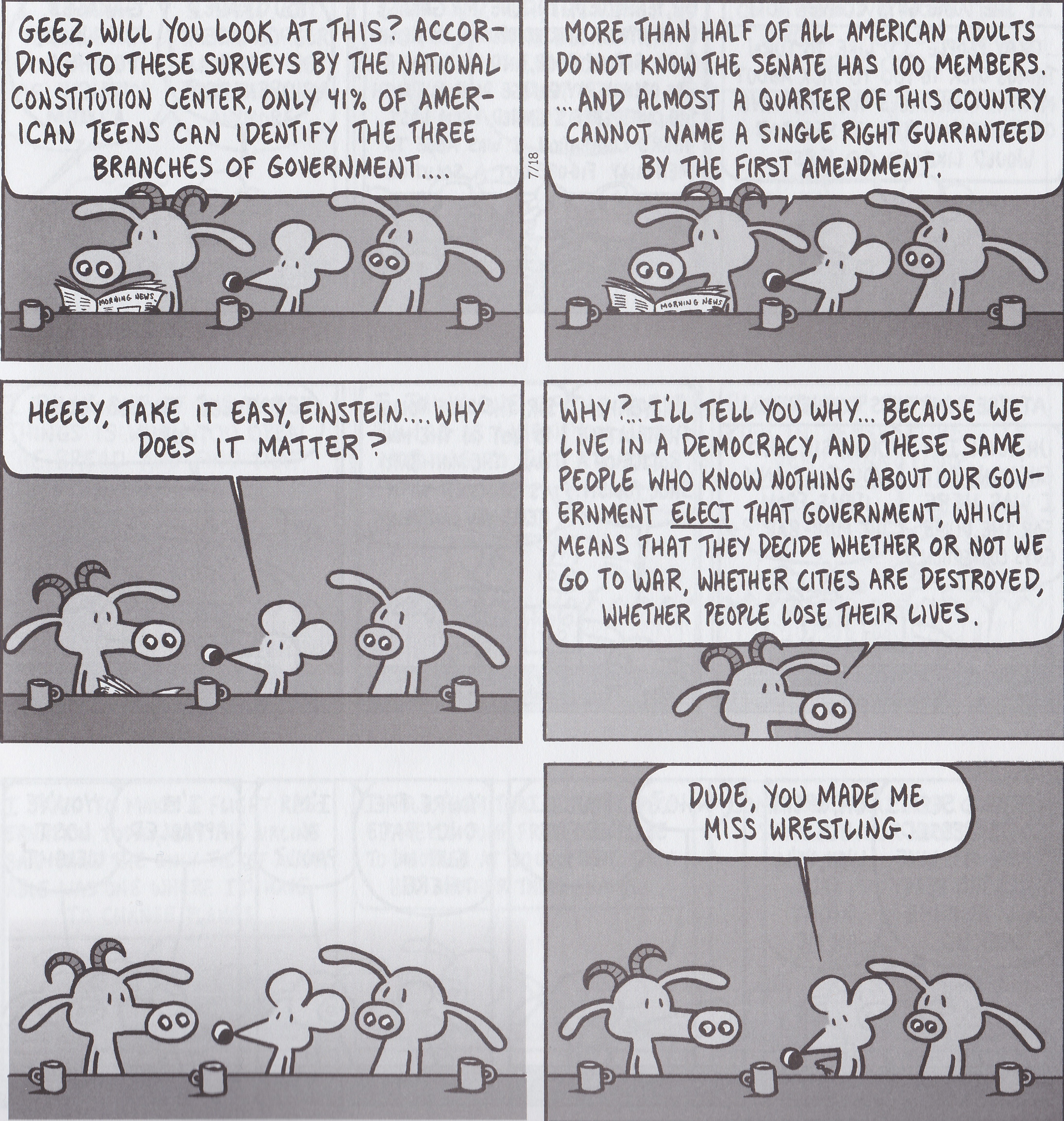 1. c)  most people are not particularly informed about civics and don’t seem to care