Bernie Sanders appeared to be a sure thing going into Super Tuesday as Joe Biden’s campaign appeared no longer viable despite his win in South Carolina. In a shocking victory, Biden wound up winning 10 of the 14 Super Tuesday states.

What do you think happened? (How did Super Tuesday look like a slam dunk for Bernie, but turn out big for Biden?) 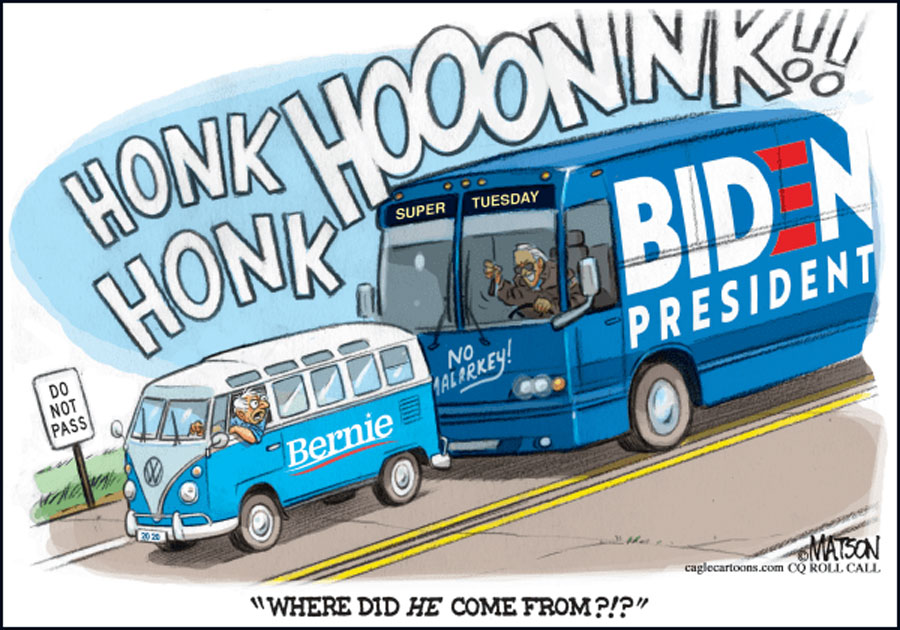