1. What is the legend of the Sword in the Stone?

2. How does cartoonist Lisa Benson use this legend to illustrate a recent news item? (What does she imply about Nancy Pelosi?) 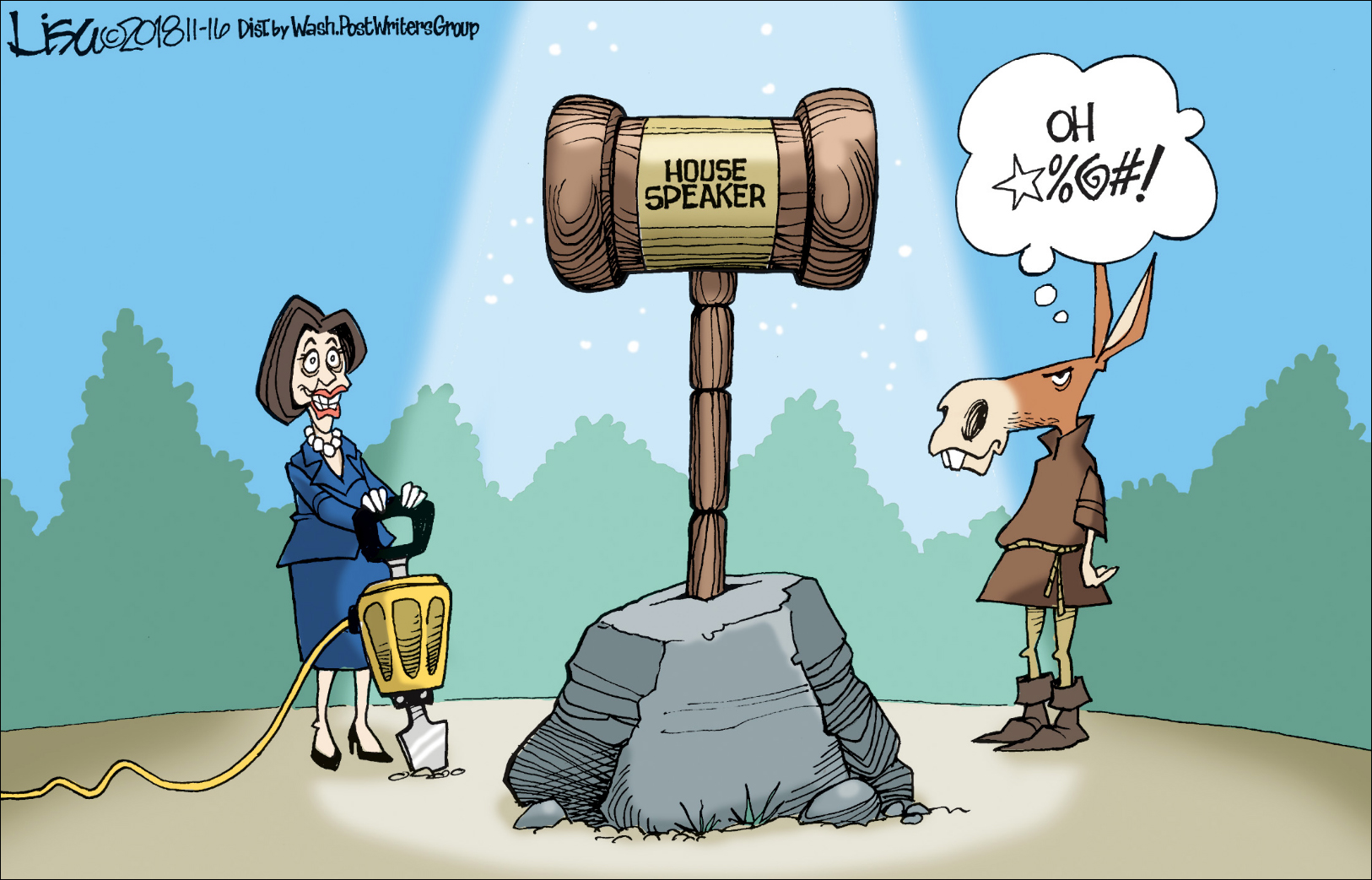 1. The sword in the stone was magic. Only he who was fit to rule England could pull it from the stone. Many noblemen tried to remove it, but couldn’t. Finally Arthur tried, and easily removed it. He was then made king.

2. The Democrats won back control of Congress in the 2018 election. Longtime leader Nancy Pelosi expects to be chosen Speaker of the House by her Democratic colleagues. However, many of the newly elected Democrats campaigned promising to not vote for Nancy Pelosi, who has led House Democrats for more than 15 years, saying it is time for a new (younger?) leader. Cartoonist Lisa Benson implies that the only way Ms. Pelosi is going to become speaker is by force.  A Nov. 28 New York Times article notes: “Pelosi turns to arm twisting after resounding vote leaves her just short of speakership”