1. Which two comic devices does the cartoonist use to make his point? Explain your answer.
a) pun
b) parody
c) personification
d) irony
e) caricature 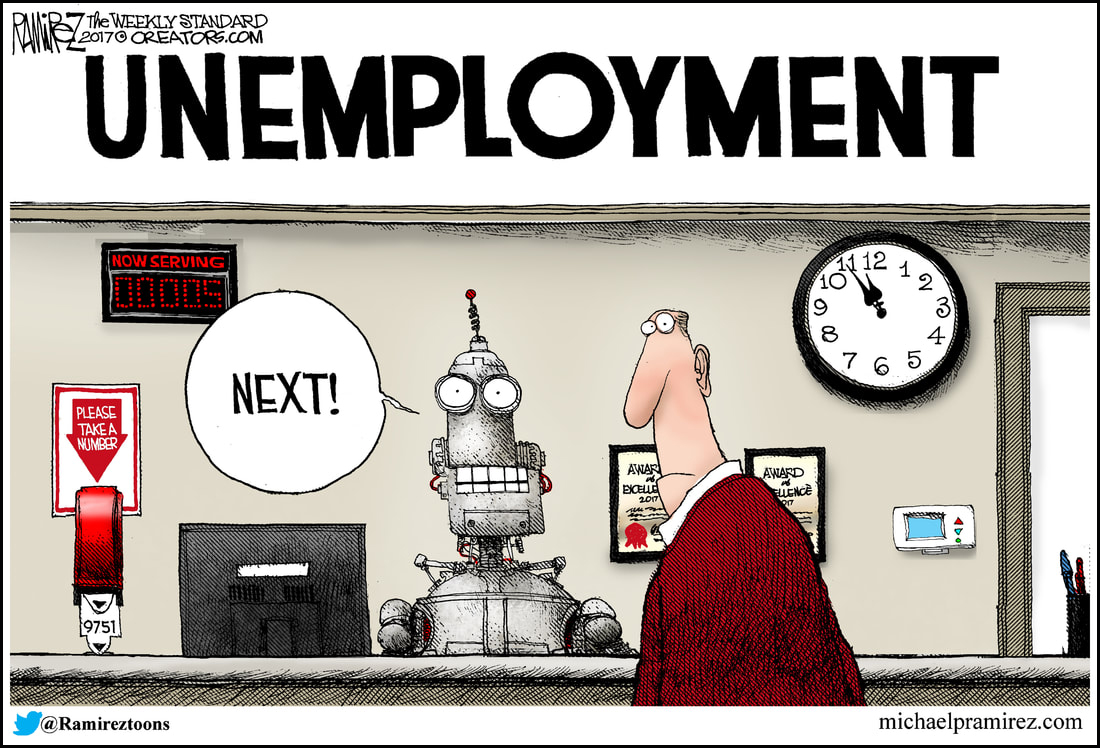 1. d) irony – when the opposite of what you expect to happen occurs. The man is unemployed; he needs a job. The unemployment office, instead of hiring people who need work, is staffed by robots, thereby putting more people out of work.

c) personification, which is a figure of speech in which human characteristics are attributed to an abstract quality, animal, or inanimate object. The robot acts just like a human; he says exactly what a human worker would say.

a) pun, which is a “play on words” – a type of humor using a word or phrase that has two meanings