2.  Which best describes the main idea of the second cartoon below?

3. Do you agree with the cartoonists’ assertions? Explain your answer. 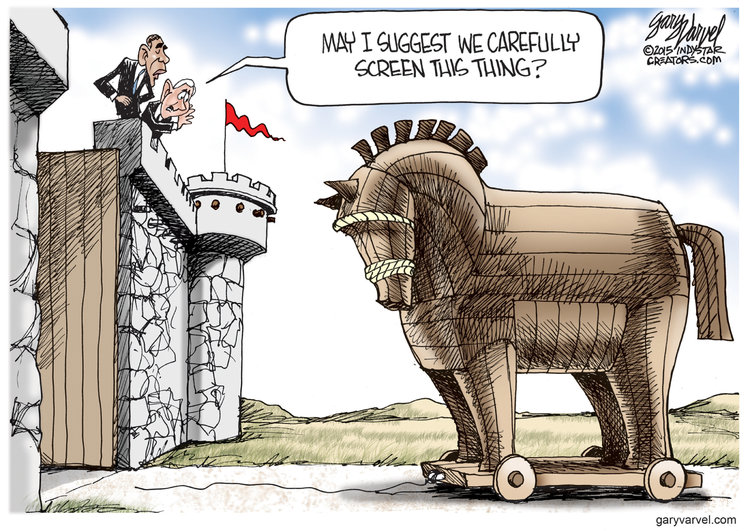 1. a) Since it is known that ISIS wants to send in terrorists with Syrian refugees, the Obama administration is jeopardizing security by bringing them to the U.S.  Many do not believe the government is able to absolutely verify their identities/backgrounds.

2. d) Allowing Syrian refugees into the U.S. and other Western countries at this time is foolishly jeopardizing the safety of the citizens