Do you agree with Ramirez’s belief that we need indecency standards for the public airwaves?  Explain your answer. 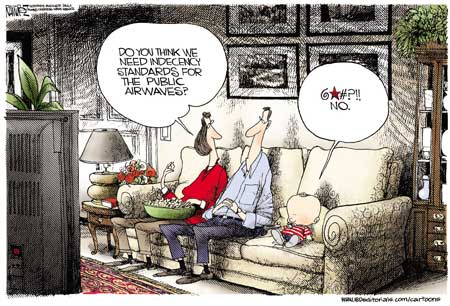 Different from TV, but very interesting:  In an attempt to avoid federal regulation in response to public outcry, Hollywood decided to regulate itself in 1930.  Read about Hollywood’s Motion Picture Code which was strictly enforced to monitor the moral content of movies from 1934 to 1968.  The Production Code spelled out what was morally acceptable and morally unacceptable content for motion pictures produced for a public audience in the United States.