1. Editorial cartoonists often use humor to make light of serious situations. What comic device does the cartoonist use to highlight the increased security everywhere due to the increasing number of terrorist attacks?
a) caricature
b) satire
c) understatement
d) hyperbole

2. A symbol is an object, character, figure, place, or color used to represent an abstract idea or concept. What symbol(s) does the cartoonist use? 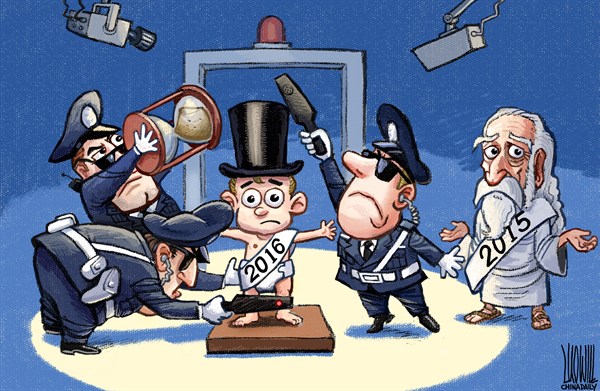 1. b) satire – satire is defined as: the use of irony, sarcasm, ridicule, or the like, in exposing, denouncing, or deriding vice, folly, etc.