1. In both of the cartoons, who does the cartoonist imply is to blame for the crisis on the U.S. Mexico border?
a) President Trump
b) people using current asylum laws to enter the U.S.
c) Congress
d) the weather

2. Define the idioms from each cartoon:
a) from the 1st cartoon: “to sound the alarm”
b) from the 2nd cartoon: “asleep on the job”

3. CBP is warning that Border Patrol has hit a breaking point among a huge surge in migrants crossing the border illegally. President Trump has been warning that current asylum laws are flooding the border with illegal immigrants who are not eligible for asylum but just using the law to get into the country and then disappear. He has been calling on Congress to strengthen the law.
What is the main idea of each cartoon?
a) Lisa Benson’s cartoon
b) Michael Ramirez’s cartoon 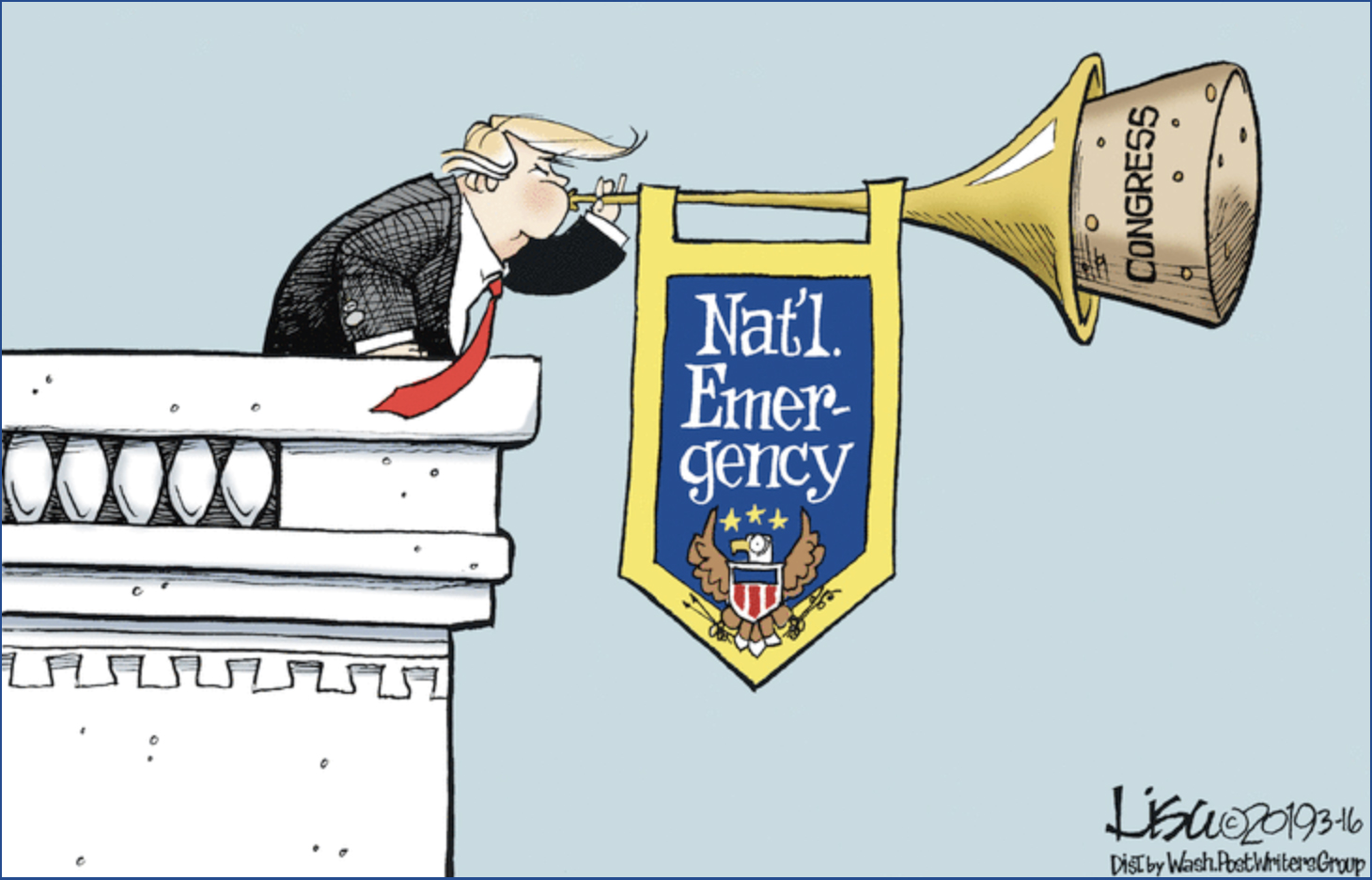 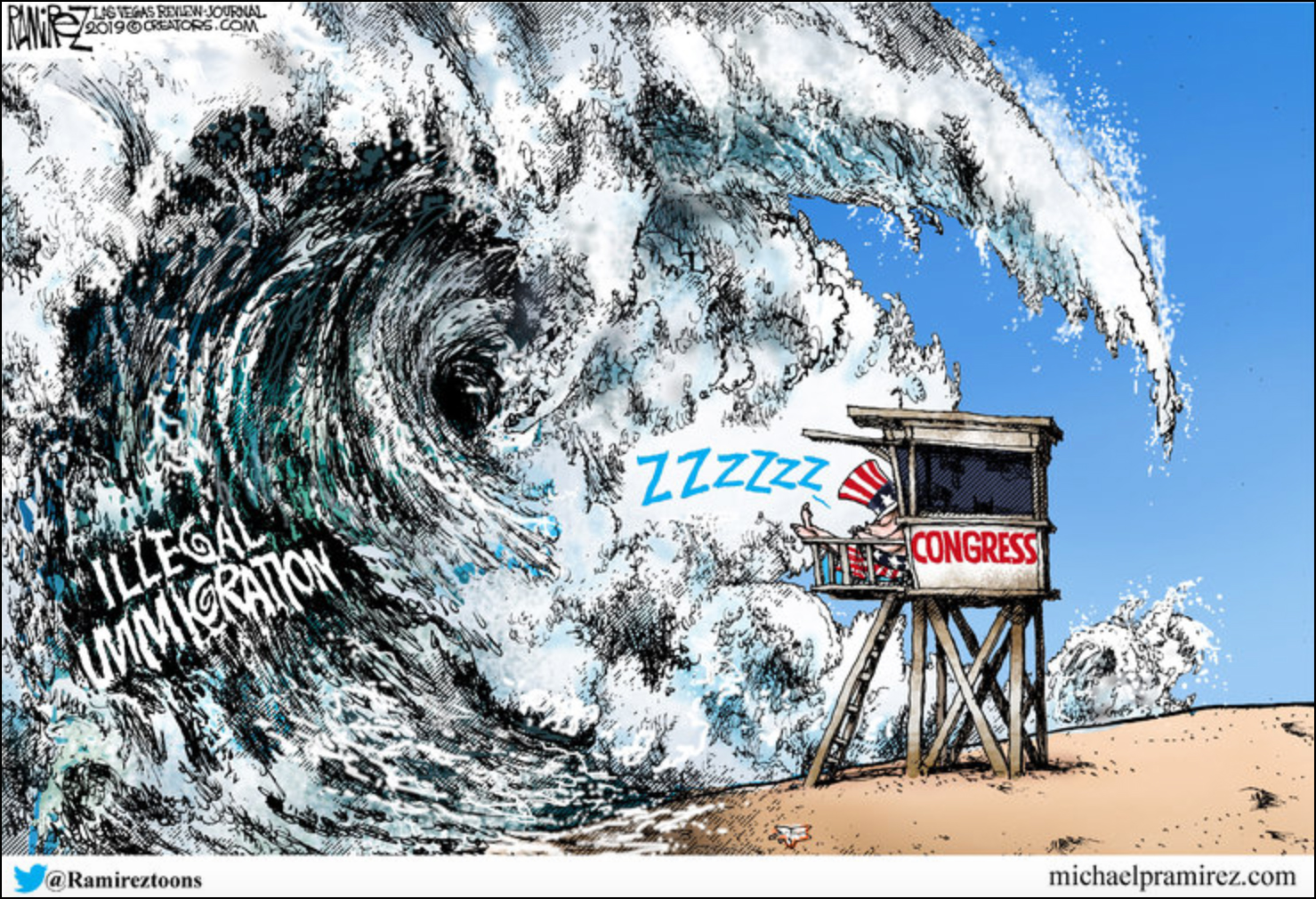 2. a) from the 1st cartoon: to sound the alarm – to alert other people about something dangerous, risky, or troublesome
b) from the 2nd cartoon: asleep on the job – failing to attend to one’s responsibilities or duties; not doing or paying attention to that which is important or for which one is responsible

3. a) Lisa Benson: Congress is blocking the President on this national emergency and preventing him from doing anything about the crisis. Congress doesn’t believe there is any emergency.

b) Michael Ramirez: Congress thinks there is no problem or danger on the border.  They are asleep on the job and on the verge of being overwhelmed by the number of illegal immigrants crossing our southern border.