1. A cartoonist often uses humor to illustrate a news item. What recent news report does this cartoon illustrate?

2. Do you think the candidates should heed President Obama’s advice? Explain your answer. 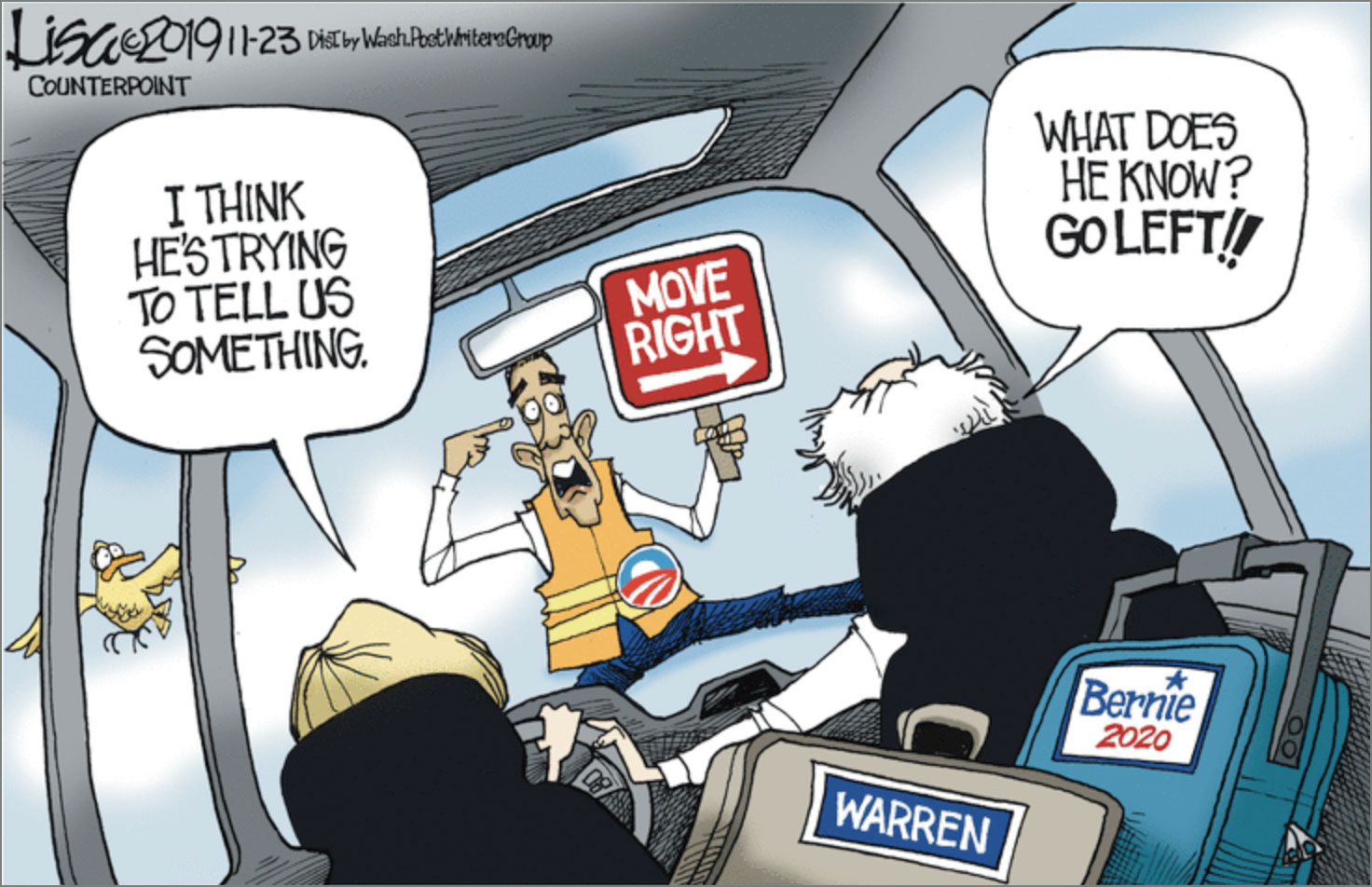 1. Former President Barack Obama warned the Democratic presidential candidates not to veer too far to the left, a move he said would alienate many who would otherwise be open to voting for the party’s nominee next year.  Though Obama did not mention anyone by name, is it presumed he was referring to Senators Elizabeth Warren and Bernie Sanders, both of whom have taken extreme left positions on issues important to voters.

“Even as we push the envelope and we are bold in our vision, we also have to be rooted in reality and the fact that voters, including the Democratic voters and certainly persuadable independents or even moderate Republicans, are not driven by the same views that are reflected on certain, you know, left-leaning Twitter feeds,” Obama said. “The average American doesn’t think we have to completely tear down the system and remake it.”