1.  Which one of the following best describes the main idea of this cartoon?
a) President Obama should have acted against Syria when we still had the element of surprise
b) the measures President Obama is proposing against Syria are meaningless
c) “Walk softly and carry a big stick”
d) the U.S. should not launch an attack on Syria for Assad’s use of chemical weapons

2. Which comic device does the cartoonist use to make his point? Explain your answer.
a) irony
b) exaggeration
c) parody
d) pun 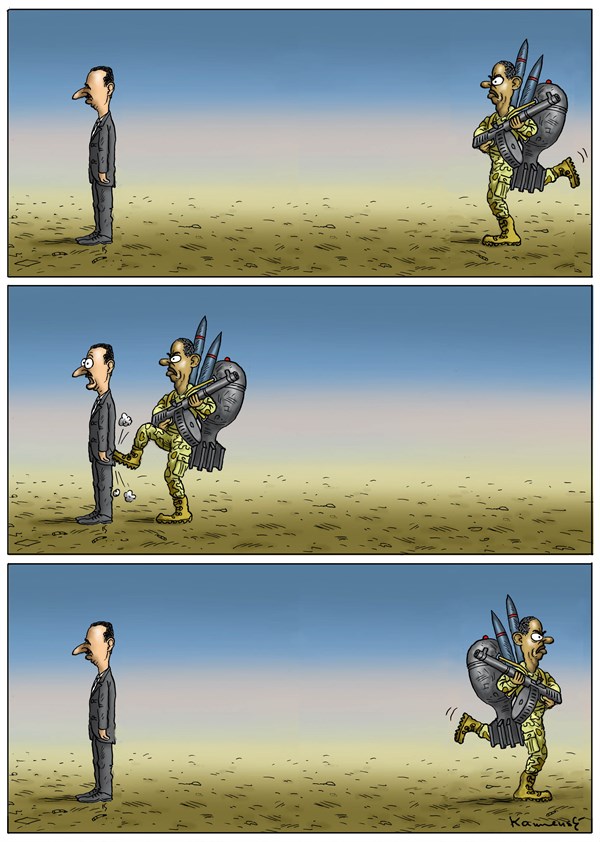 1.  b) the measures President Obama is proposing against Syria are meaningless