What two news items did Mike Lester combine to create this cartoon? 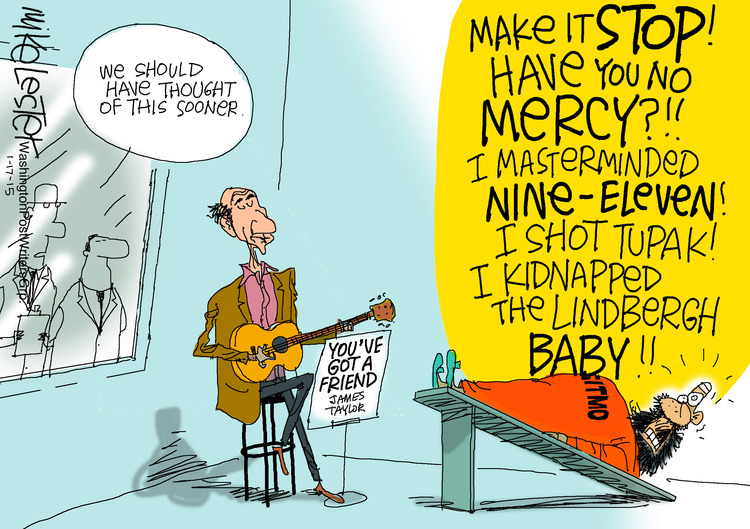 1-Secretary of State John Kerry’s trip to Paris days after the rally for the victims of the Islamic terrorist attacks. Secretary Kerry brought folk singer James Taylor to sing his 1970s classic “You’ve Got a Friend.”

2-The controversy over the interrogation techniques used on the Gitmo detainees – some say the captured terrorists were tortured.