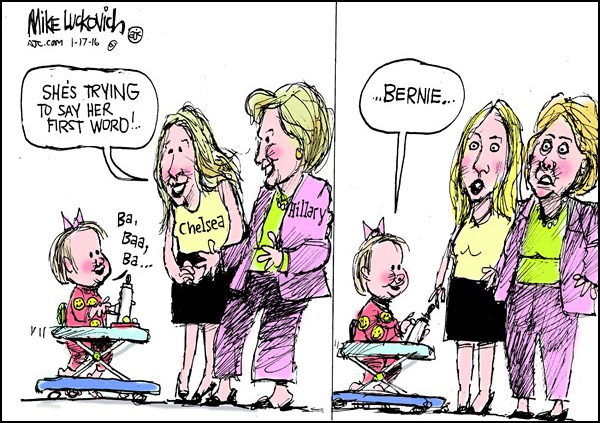 1. d) irony – when the opposite of what you expect to happen occurs; you expect Chelsea Clinton’s daughter to say “mama” or “gramma” but instead she says “Bernie” the name of her grandmother’s opponent in the Democratic presidential primaries

a) personification, which is a figure of speech in which human characteristics are attributed to an abstract quality, animal, or inanimate object.

b) pun, which is a “play on words” – a type of humor using a word or phrase that has two meanings

c) onomatopoeia, which is the creation of words that imitate natural sounds (buzz and hiss are examples of onomatopoeia)

e) understatement, which is a figure of speech in which statements are purposely understated. It may be used to indicate the speaker’s nonchalance (or obliviousness) regarding an often important or otherwise remarkable situation.