Posted on May 5, 2017 in Friday's Editorial Cartoon

1. What point is Chip Bok making in his cartoon?

2. Do you agree with his assertion? Explain your answer. 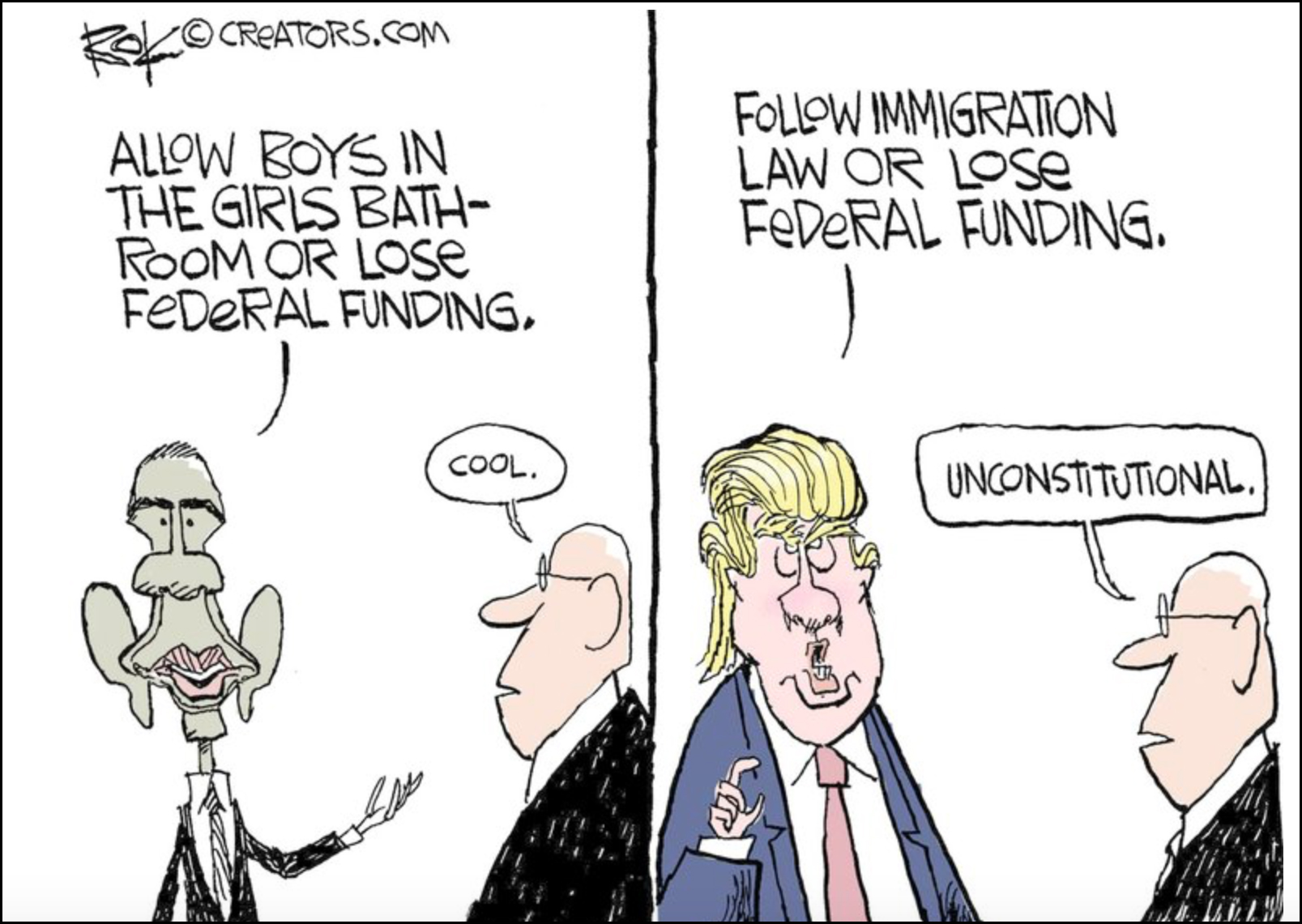 1. Mr. Bok is pointing out the double-standard in viewing two presidents’ threats to withhold federal funding.  Double-standard is defined as: a situation in which two people, groups, etc., are treated very differently from each other in a way that is unfair to one of them.