An editorial cartoonist often uses humor to make light of a serious situation. 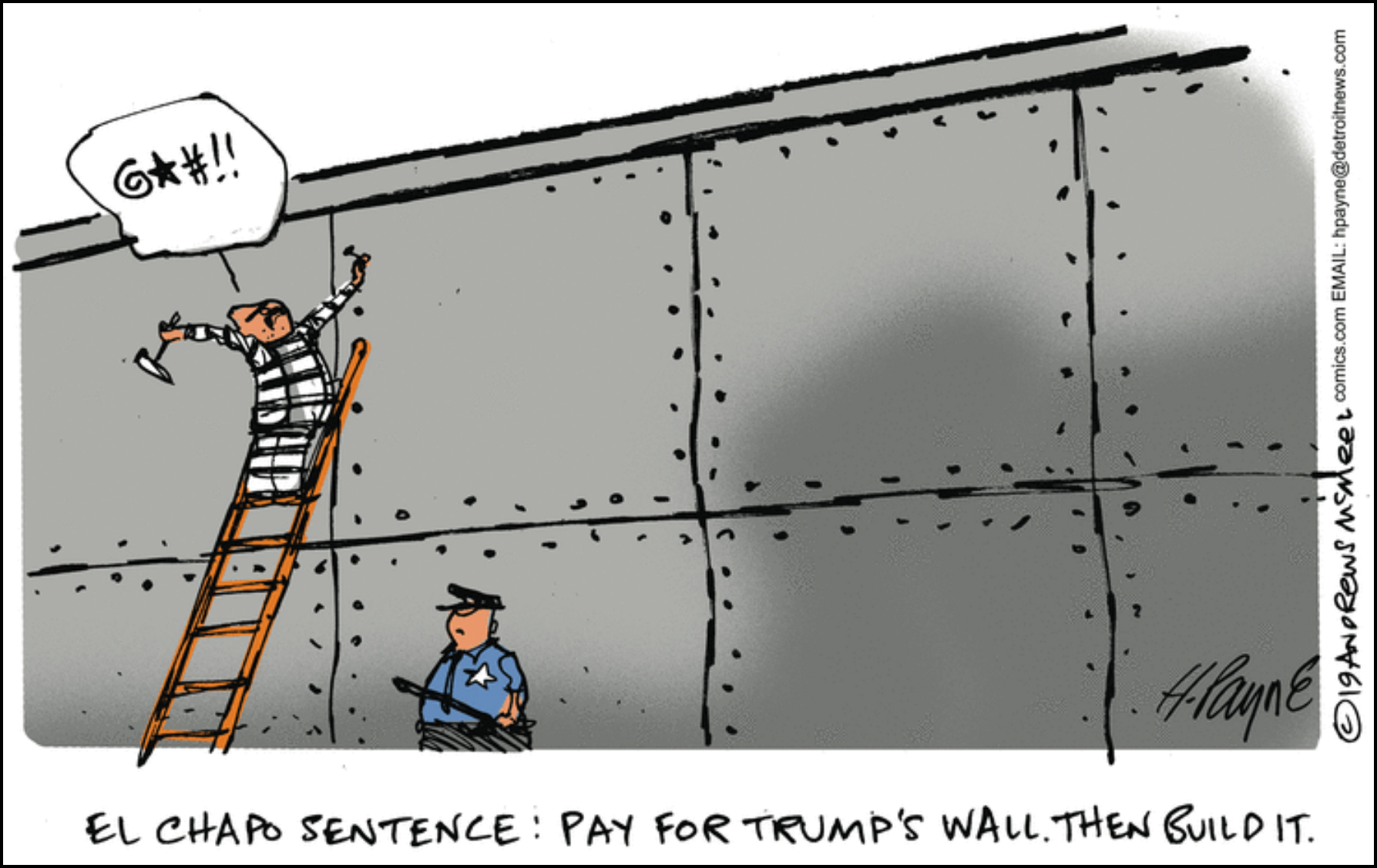 a) Mexican drug lord El Chapo was just convicted in a New York court of all 10 counts against him. Cartoonist Henry Payne has El Chapo, who has made billions of dollars through his drug crimes, sentenced to pay for the wall and then build the wall himself.

b) President Trump has said he will build a wall, and make Mexico pay for it.

After a three-month trial in New York, the Mexican drug lord known as El Chapo was convicted on all 10 counts related to drug trafficking. He has, over decades, shipped tons of drugs into the United States and plagued Mexico with relentless bloodshed and corruption. Mr. Guzmán now faces life in prison at his sentencing hearing, scheduled for June 25.