Rest of the World

1. Which comic device does the cartoonist use to make his point? Explain your answer.
a) irony
b) parody
c) caricature
d) personification

3. Do you agree with the cartoonist’s assertion? Explain your answer. 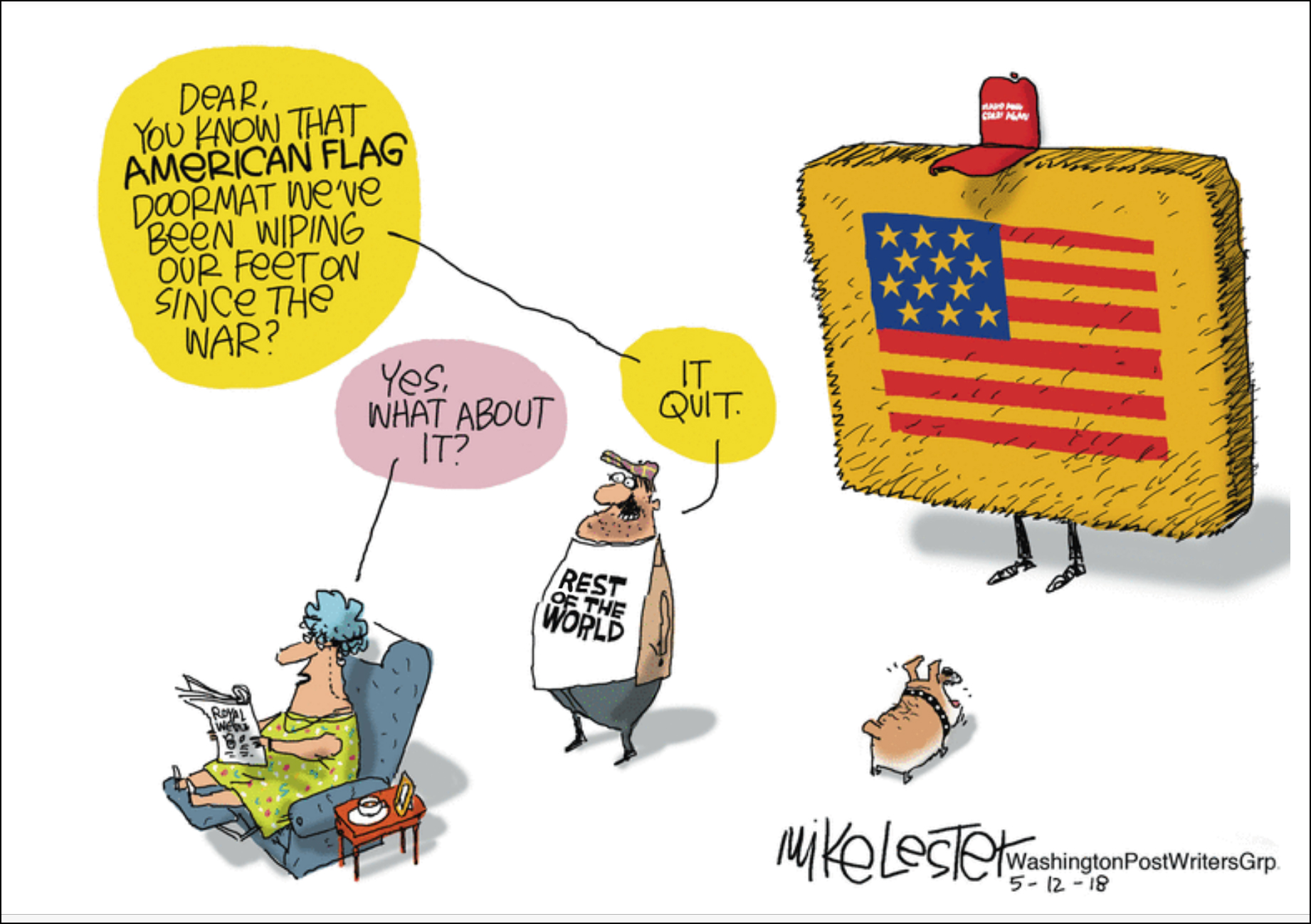 The man's tshirt reads "Rest of the world." The woman is reading a news story "royal wedding" and the doormat is wearing a "Make America Great Again" hat. Cartoon by Mike Lester

1. d) personification, which is a figure of speech in which human characteristics are attributed to an abstract quality, animal, or inanimate object.

c) caricature: A description or characterization that exaggerates or distorts a character’s prominent features, usually for purposes of mockery. For example, a cartoon of a gaunt Abraham Lincoln with a giant top hat, a very scraggly beard, and sunken eyes could be considered a caricature.

2.The doormat represents the U.S.  The man represents the rest of the world.
Until Donald Trump was elected president, the rest of the world increasingly had no respect for the U.S.    President Obama was seen as “managing our decline” as the world superpower.  President Trump has said in speeches in the Middle East and Asia and the UN that he will always put America first in his dealings with other countries (just as other world leaders put their own countries interests first).  His policies have put America back on a strong standing around the world.

[Conservative commentator Michael Goodwin wrote recently:
“A liberal friend gave me a shock. ‘I didn’t vote for Trump,’ she said, ‘but I have to admit I like that our country is on top again. I’m proud that we’re the most powerful country and that others respect our power.’”]