1. Editorial cartoonists often use humor to make light of serious situations. What comic device does the cartoonist use to highlight the problems with the Diversity Visa Lottery Program?
a) understatement
b) pun
c) personification
d) parody 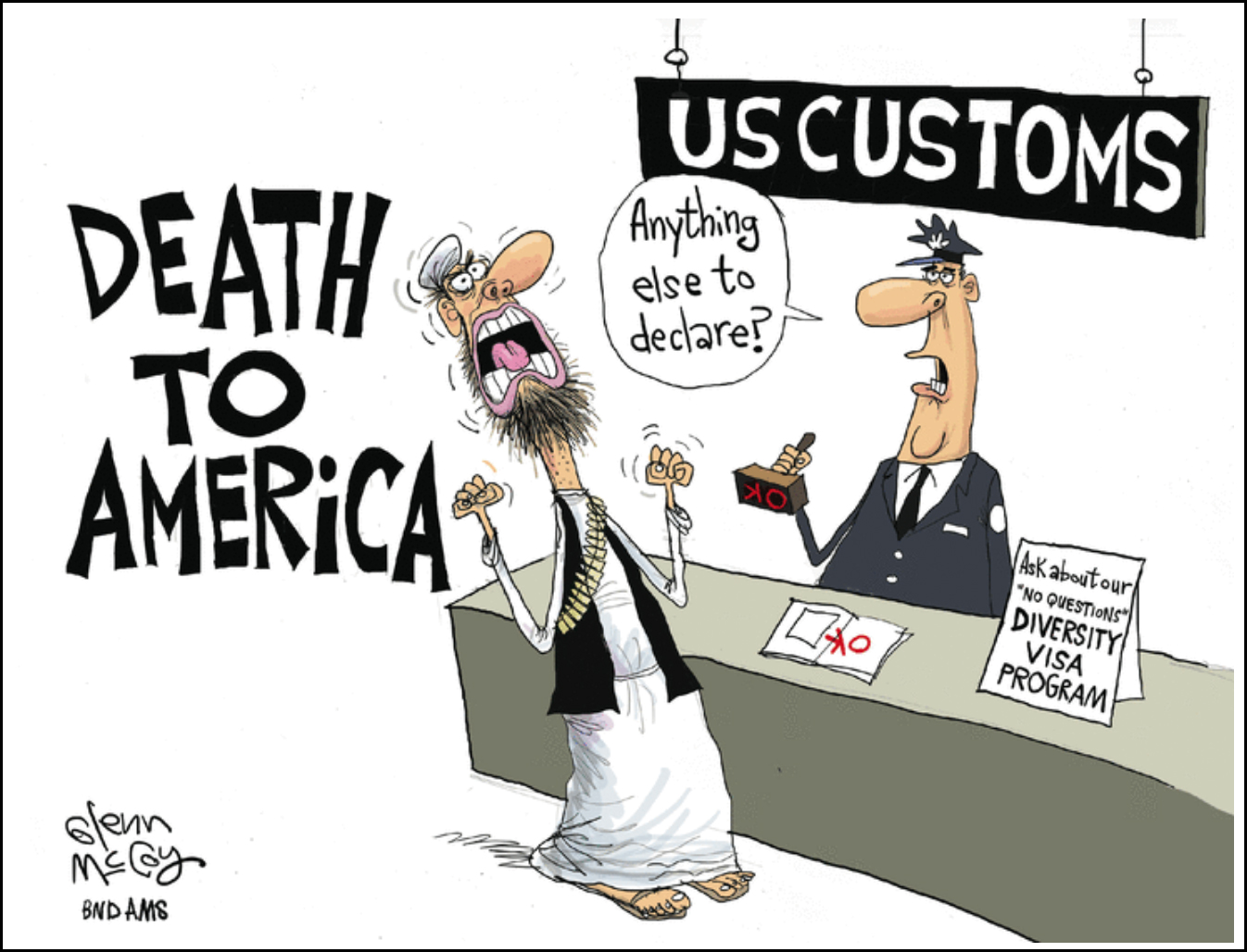 1. b) pun – a play on words that uses the similarity in sound between two words with distinctly different meanings

a) understatement: A figure of speech in which statements are purposely understated. It may be used to indicate the speaker’s nonchalance (or obliviousness) regarding an often important or otherwise remarkable situation. It often results in irony where, for instance, the speaker’s response to an event does not match how the viewer expects the speaker to react.

c) personification – a figure of speech in which human characteristics are attributed to an abstract quality, animal, or inanimate object

d) parody – a humorous or satirical imitation of a serious piece of literature or writing (or art); a work in which the style of an author or work is closely imitated for comic effect or in ridicule

2. The pun used in the cartoon is “declare.”
Two terrorists who staged attacks on U.S. soil and murdered people in Los Angeles and New York entered the U.S. and were given green cards through the Diversity Visa Lottery Program.
The cartoonist depicts a terrorist entering the U.S. through the Diversity Lottery and clearly declaring his intentions as he shouts “Death to America.”
Declare means: to state emphatically – in this case “Death to America”
It also means: to make a full statement of (one’s taxable or dutiable property) Large purchases must be declared at customs.
When a person enters the U.S. from a foreign country, they must “declare” – tell the customs agent – what goods they are bringing in to the country, (various purchases or items bringing in as gifts or for resale, also, money or gold). Many other countries also require travelers to fill out a customs declaration form.