Posted on May 6, 2016 in Friday's Editorial Cartoon

1. An editorial cartoonist often uses humor to illustrate a news item. What recent news stories is Steve Breen illustrating in this cartoon?

2. Who is flying the plane buzzing the White House?

CHALLENGE: Why isn’t the pilot wearing a shirt? (A parent might know this answer.) 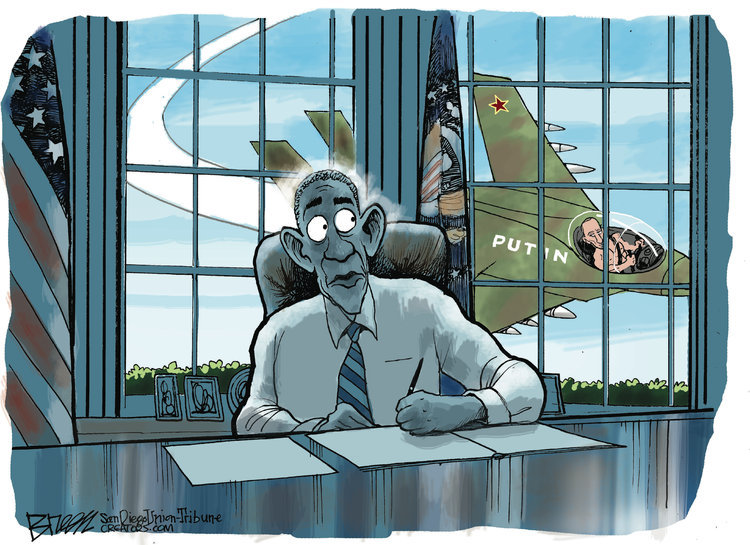 1. Steve Breen is illustrating incidents of Russian planes purposely buzzing US military ships and planes in the Baltic Sea. (Read the articles here and here.)

CHALLENGE Question: The cartoonist is mocking several publicity photos of Putin fishing or riding a horse while shirtless. (President Putin posed shirtless for official government photographers while on vacation several years ago.)

Note on recent buzzing of U.S. ships and jets by Russia:

(NBC News, April 14, 2016) – Known as “buzzing” the technique of low flybys was a staple of the Cold War, but the recent maneuvers by Russia were so close that even the experts were startled.

“Certainly this is the closest I have seen on video,” Keir Giles, an associate fellow at the London-based Chatham House think tank, told NBC News. “One of the jets was actually lower than the ship’s superstructure.”