Posted on May 1, 2009 in Friday's Editorial Cartoon

What point is Ramirez making in this cartoon? 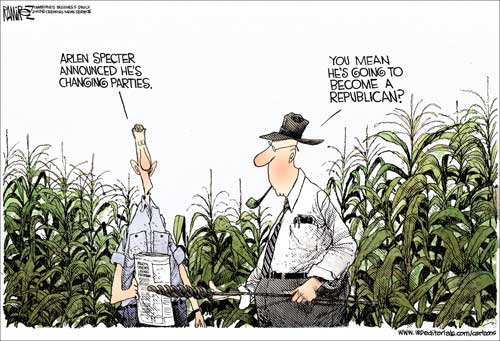 Senator Arlen Specter of Pennsylvania announced this week that he is changing parties from Republican to Democrat. Ramirez’s point is that based on what he says and how he votes, Sen. Specter has always acted like a Democrat.  The real surprise would be if he began acting like a Republican.