Posted on May 6, 2011 in Friday's Editorial Cartoon

2. Do you agree with the cartoonist? Explain your answer. 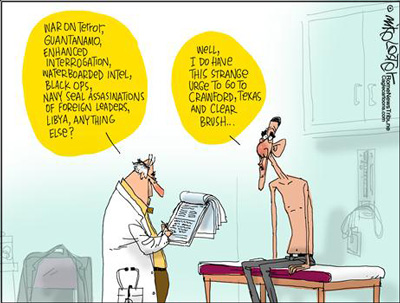 1. a) President Obama has followed the same policies implemented by President Bush, despite opposing them when a presidential candidate

(See a commentary on this subject at nationalreview.com/articles/print/266463.)