1. Editorial cartoonists often use humor to make light of serious situations. To what ongoing news stories does this cartoon refer?
Challenge: list a few headline examples.

2. a) Define civility.
b) Several leaders of the Democrat party have called on supporters to oppose Republican policies by acting out against Republicans. When supporters have confronted Republicans – yelling, screaming, harassing… Democratic leaders have been silent. (Examples below.)   How effective do you think this tactic is as a political strategy?

3. What do you think would happen if Trump supporters started employing the same tactics against Democrats with whom they disagree? 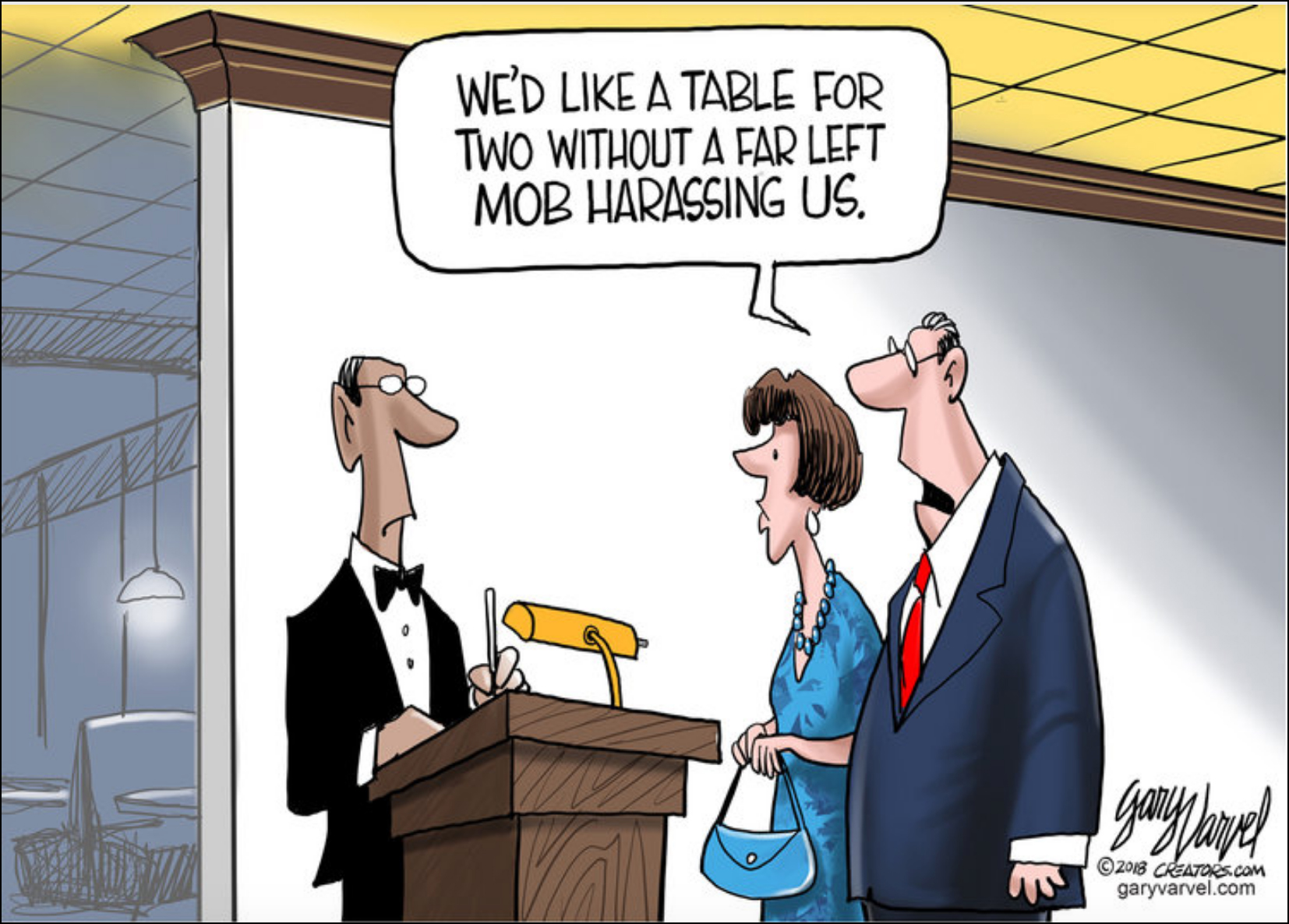 1. Over the past year, numerous Republican officials have been accosted by angry mobs shouting at them (and sometimes cursing) in an attempt to drive them out of whatever public place they are in. These progressive protesters assert that due to various Trump administration policies (on illegal immigration, health care, Supreme Court nominee…) those they are confronting do not “deserve” to be in a public place.

2. a) Civility is defined by Oxford Dictionary as: Formal politeness and courtesy in behavior or speech.
b) Opinion question. Answers vary. One possible opinion. This is not a good strategy. The large majority of Americans disapprove of these protesters’ harassing tactics.

3. What do you think would happen if Trump supporters started employing the same tactics against Democrats with whom they disagree?
Opinion question. Answers vary.

WARNING: GRAPHIC LANGUAGE by people exercising their right to protest:  The liberal media claim the protestors are not a mob: