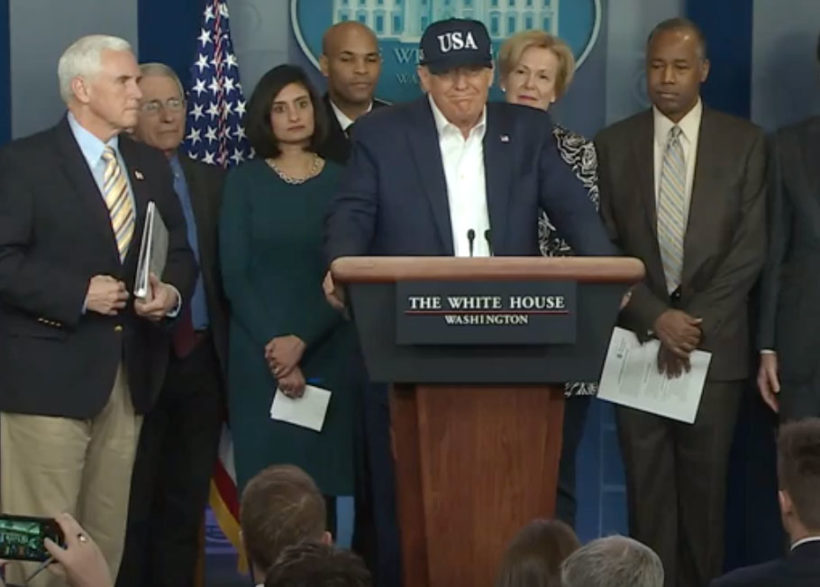 The president, who has taken the lead in the task force’s daily updates to the nation, has attracted an average audience of about 8.5 million viewers on cable news — about the number of viewers who watched the season finale of “The Bachelor,” The New York Times reported on Wednesday, citing Nielsen numbers.

And as the outbreak continues to surge across the country and more Americans abide by shelter-in-place orders in a number of states, the viewership is increasing.

The newspaper said millions more are watching on the traditional networks — ABC, CBS and NBC, as well as online — but they offer less reliable numbers than the cable stations because of the way Nielsen ratings are measured.

…[The president] initially held the COVID-19 briefings from the Oval Office and in the Rose Garden but permanently moved them inside the White House on March 14.

Vice President Mike Pence, who heads up the White House task force, once began the briefings, but the president soon began making announcements at the outset and fielding questions from reporters.

…[The president] schedules [the updates] in the White House briefing room for around 5 p.m. and they routinely [last up to an hour and a half, including updates from members of the task force, as well as Q&A with reporters].

2. What is the purpose of the briefings?

3. What is significant about the number of people tuning in to the briefings?

4. Members of the White House Coronavirus Task Force have been giving detailed updates on the progress being made. What position does each of the following hold?:
a) Vice President Mike Pence
b) Dr. Deborah Birx
c) Dr. Anthony Fauci
d) Dr. Jerome Adams
e) Alex Azar

5. Watch a press briefing. Watch the entire briefing. (Links to previous press briefings are provided under “Resources” below the questions – or watch today’s or tomorrow’s). What type of information do you learn about what the Trump administration is doing in any of the following areas:

President Trump and the Task Force are holding nearly daily press conferences to provide the American people with the latest information. The following is a partial list of steps being taken: (from Washington Examiner)

Each daily press briefing includes updates from President Trump and members of the White House coronavirus task force, then Q&A with reporters: