US navy prepares allies to ‘protect navigation’ in Gulf 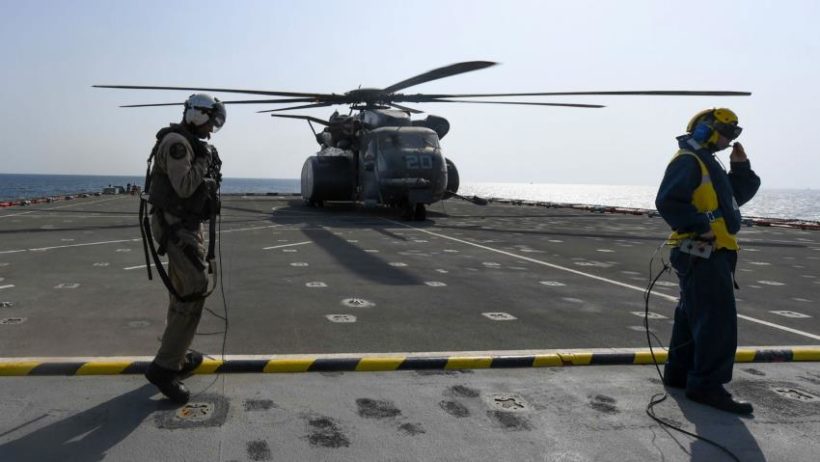 The IMX maritime exercise aims to protest the US' Gulf Arab allies.

(from Agence France-Presse, On board the RFA Cardigan Bay in the Persian Gulf) — The United States is training Gulf allies to “protect navigation” in the region’s troubled waterways, as it seeks to build an alliance to contain Iran.

Washington’s three-week International Maritime Exercise (IMX), which started on October 21, came after a number of commercial vessels were attacked in the Gulf from May, ratcheting up regional tensions.

Washington and other Western powers blamed the incidents on Iran, which has denied any involvement.

On Tuesday, the US invited international media to see part of the IMX, the second-largest maritime exercise of its kind.

The manoeuvres involve 5,000 personnel, 40 vessels and 17 aircrafts from 50 countries deployed to the strategic waterway that separates Iran from the pro-US Arab Gulf monarchies.

“This is the first time we are taking part in the IMX,” the head of a Saudi naval de-mining team, Ali Bin Shreidi, told AFP aboard the Cardigan Bay, a British Royal Fleet Auxillary landing ship 40 miles off Bahrain’s coast.

The officer and his three-member team were taking part in order “to increase our capabilities and share our expertise in fighting mines, in order to protect navigation,” he said.

In June, the US Navy alleged that a mine resembling Iranian weaponry was used in an attack on the Japanese-owned Kokuka Courageous tanker, targeted as it passed through the Gulf of Oman.

Then in July, Iranian Revolutionary Guards seized a British-flagged oil tanker, holding it for more than two months before releasing it.

“One of the biggest reasons for us being out here is to build international relations,” said US Navy lieutenant Jonathan Phares who was among 300 personnel from the US, France and the Gulf on the Cardigan Bay.

Those aboard showed off diving gear, underwater imaging kit and speed boats during a tour of the gun-metal grey vessel, while others demonstrated mine detection equipment.

But they were tight-lipped about tensions with Iran. …

In response to the string of incidents in the region’s vital shipping routes, the US formed a naval coalition to protect navigation in a waterway that is critical to global oil supplies. 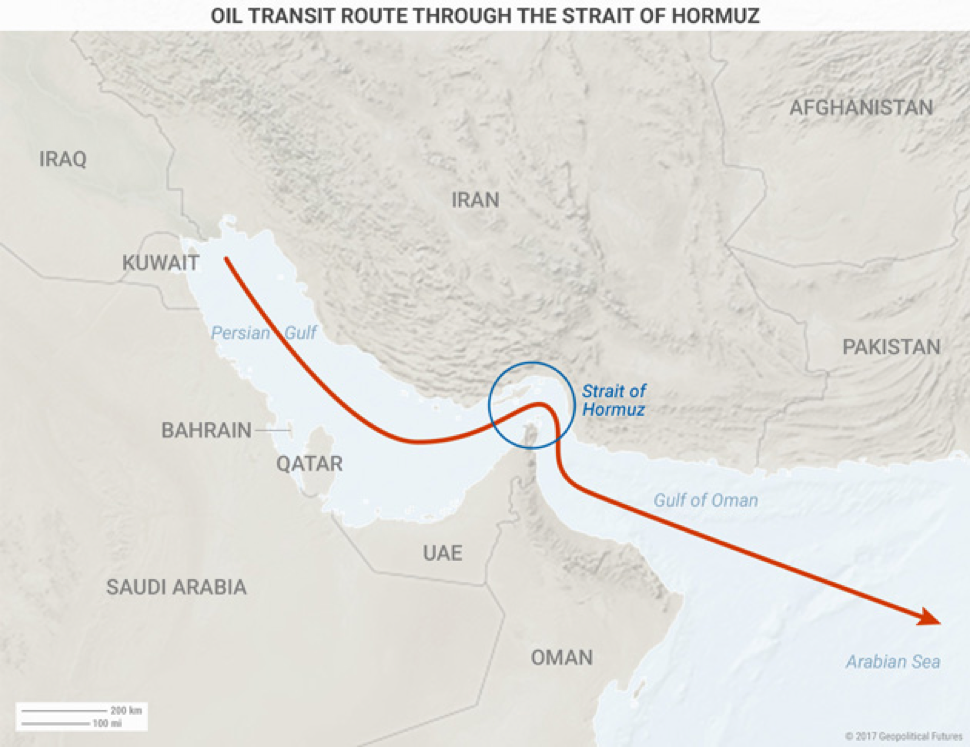 Bahrain, which hosts the US Navy’s Fifth Fleet, joined the US-led naval coalition in August. Saudi Arabia and the United Arab Emirates followed suit in September.

The United Kingdom and Australia are the main Western countries to have agreed to send warships to escort commercial shipping in the Gulf.

Animosity between Tehran and Washington and its allies has soared since the US unilaterally abandoned a multinational deal on curbing Iran’s nuclear program last year and reimposed heavy sanctions on the Islamic republic.

The attacks were claimed by Yemen’s Huthi rebels who are battling a Saudi-led coalition, but Washington and Riyadh blamed Iran, saying the strikes were carried out with advanced missiles and drones.

Most European states have declined to participate in the naval coalition, fearful of undermining their efforts to save the nuclear accord with Iran, which was badly weakened by the US withdrawal.

From an Agence France-Presse (AFP) report published at yahoonews .com. Reprinted here for educational purposes only. May not be reproduced on other websites without permission from Yahoo News.

2. What is the purpose of the IMX?

3. List the numbers involved in the exercises (people, equipment, countries).

5. a) Consider Iranian aggression against multiple countries. How necessary do you think it is to make these preparations?
b) Ask a parent the same question.

IMX 19 demonstrates the international community’s resolve in maintaining regional security and stability, freedom of navigation and the free flow of commerce in the U.S. 5th Fleet area of operations. The exercise will span from the Suez Canal south to the Bab-al-Mandeb, through the Strait of Hormuz and into the Northern Arabian Gulf. The exercise consists of four phases: staff training, table-top and classroom exercises, fleet training exercise (FTX), and force redeployment.

This iteration of IMX is the sixth of its kind, the first being conducted in 2012 and the most recent being held in 2017.

Vice Adm. Malloy, commander, U.S. Naval Forces Central Command, U.S. 5th Fleet, Combined Maritime Forces, stated, “IMX is an important demonstration of global commitment to freedom of navigation and the free flow of maritime commerce in this region. I’m proud that we have participation from nations all over the world, especially in leadership positions of multiple task forces. Stability and security in the maritime domain is a shared goal of all nations.”

The U.S. 5th Fleet area of operations encompasses nearly 2.5 million square miles of water area and includes the Arabian Gulf, Gulf of Oman, Red Sea and parts of the Indian Ocean. The region is comprised of 20 countries and includes three critical choke points at the Strait of Hormuz, the Suez Canal and the Strait of Bab-al-Mandeb at the southern tip of Yemen. (from navy.mil)

The video below “US navy prepares allies to ‘protect navigation’ in Gulf” is from Sharjah24 News, the news site for the Emirate of Sharjah (one of the emirates of the UAE):