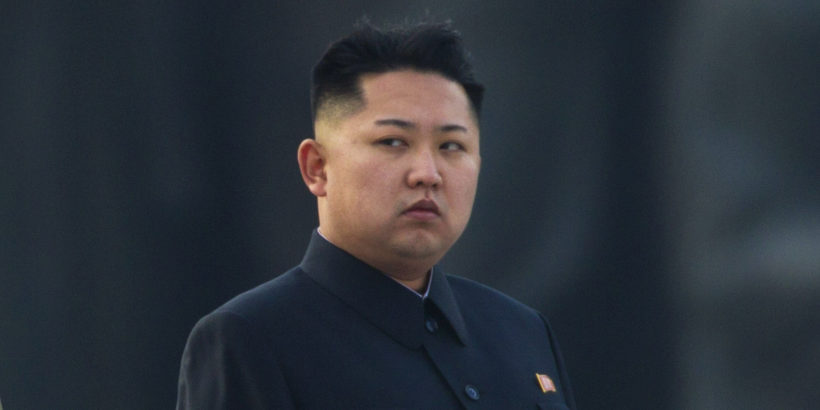 U.S. officials took control of the North Korean ship Wise Honest after determining it was in violation of U.N. sanctions. The vessel initially was detained in Indonesia in 2018.

Assistant Attorney General for National Security John Demers [warned]: “North Korea, and the companies that help it evade U.S. and U.N. sanctions, should know that we will use all tools at our disposal — including a civil forfeiture action such as this one, or criminal charges — to enforce the sanctions enacted by the U.S. and the global community.”

The Justice Department uses civil forfeiture actions when it seeks to confiscate properties belonging to illicit traders like drug traffickers. The United States can confiscate the ship because payments for the Wise Honest’s maintenance were made through U.S. banks, the Trump administration said.

The North Korean vessel Wise Honest set sail toward Indonesia after loading about $3 million worth of coal from North Korean Nampo Port in March 2018. Indonesia detained the ship the next month when it entered the country’s territorial waters without turning on its identification transponder or obtaining clearance from its port of destination, a U.N. Security Council report said in March.

The vessel was sailing under Sierra Leonean and North Korean flags, with registrations from both countries. The ship captain, Kim Chung Son of North Korea, was charged with using a false flag and with violating Indonesian law.

But Indonesia released the North Korea coal aboard the ship, an action that is in violation of sanctions, Voice of America reported. In 2017, the Security Council passed resolutions banning North Korea from exporting coal, one of its most valuable export commodities, and conducting ship-to-ship transfers of goods.

According to VOA, the Wise Honest was carrying $3 million of coal in March 2018, after loading up at Nampo Port in North Korea.

Sometime in 2018 or 2019, an Indonesian court approved the sale of the seized coal, and granted an Indonesian national, Eko Setyamoko, the right to sell the commodity.

North Korea continues to evade sanctions through smuggling and other means of channeling goods across its border.

Sanctions were placed on Pyongyang for past missile and nuclear provocations, as well as violating United Nations Non-proliferation Treaty.

Published at UPI .com. With excerpts from Voice of America and NY Post. Reprinted here for educational purposes only. May not be reproduced on other websites without permission from United Press International.

2. Define sanctions, illicit and civil forfeiture as used in the article.

3. For what reason was North Korea’s cargo ship’s coal shipment illicit? Be specific.

4. What warning did Assistant AG John Demers give?

5. What legal authority does the U.S. have for seizing the North Korean cargo ship?

Joshua Stanton, a Washington attorney who helped draft the North Korean Sanctions Enforcement Act in 2016, thinks Indonesia should have seized the coal.

“If the ship is involved in smuggling, the coal has to be seized,” said Stanton. “That’s an obligation. They should not release the coal. The coal should have been seized and not returned.”  He added, “And by [returning the coal], they violated the resolutions.”

Matthew Ha, a research associate at the Foundation for Defense of Democracies…also pointed out that the U.N. member states are letting North Korea slip away and use deceptive and illicit shipping practices to continue evade sanctions.

North Korea is known to use false flags or “flags of convenience” to disguise the identity of its vessels, and the registration services of governments that provide North Korea with false flags “are doing a poor job of investigating whose ships they are registering,” said Stanton.

Ha said, “The manipulation or disablement of a vessel’s automatic identification system (AIS) is another consistent challenge for cracking down on Pyongyang’s ship-to-ship transfer schemes.”  – AIS is an internationally accepted maritime safety and navigation system that uses a ship’s transponder to identify its position, speed and charted course.

Stanton said, “The United States has legal authority to punish the ports” that do not fully comply with their obligations to inspect the cargo of a ship that floats from port to port with its transponders switched off.

North Korea also often registers its ships through shell companies and front companies operating in Hong Kong, and “the Hong Kong authorities have been completely lax in any kind of due diligence to verify that the companies they’re registering have legitimate business purposes,” said Stanton.

Ha said these practices show “a clear example of the lack of political will from some nations.”

A U.S. official told VOA’s Korean service that the U.S. is “aware of this case” involving the Wise Honest.