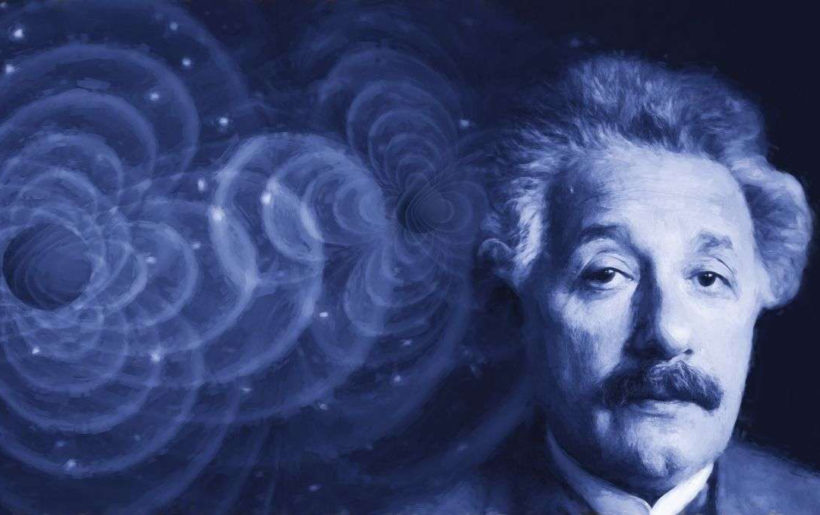 (by Anna Ringstrom, Ben Hirschler, Reuters) STOCKHOLM/LONDON – Three U.S. scientists won the 2017 Nobel prize for physics on Tuesday for opening up a new era of astronomy by detecting gravitational waves, ripples in space and time foreseen by Albert Einstein a century ago.

The work of Rainer Weiss, Barry Barish and Kip Thorne crowned half a century of experimental efforts by scientists and engineers.

“This will teach us about the most violent processes in the universe and it will lead to new insights into the nature of extreme gravity.” Left to right: Rainer Weiss, Barry Barish and Kip Thorne, who have ben awarded the 2017 Nobel prize in physics.

Weiss said the award of the 9 million Swedish crown ($1.1 million) prize was really a recognition of around 1,000 people working on wave detection. Those spotted so far have come from very distant black holes – extraordinarily dense objects whose existence was also predicted by Einstein – that smashed together to form a single, larger black hole.

Weiss believes this is just the start.

“There are a huge amount of things … in the universe that radiate gravitational waves. The black holes are the most obvious but there are many, many others,” he said in a telephone call with the Nobel committee.

Other experts share that excitement and said LIGO and VIRGO offered new ways to explore the fundamental nature of the universe that have so far been impossible, even with the most sophisticated telescopes.

Because gravitational waves are radically different from electromagnetic waves such as radio waves, visible light, infrared light and X-rays, they are expected to reveal previously inaccessible features. …

The signals from gravitational waves are extremely weak when they reach Earth and therefore require exquisitely accurate measurement.

“These represent some of the most precise measurements that are made by physicists,” Nobel committee member David Haviland told Reuters.

Designed to pick up tiny vibrations as they pass through the Earth, the laser detectors spot changes thousands of times smaller than an atomic nucleus.

The scientists then convert the wave signal into sound waves and can listen to the “chirps” of the black holes merging. LIGO Hanford (Richland, Washington).
Fitting a LIGO interferometer in one frame is extremely difficult because of the size of the instrument. In this photo, all of LIGO Hanford’s [left]-arm is seen stretching off into the desert, but less than half of the [right]-arm fits into the photo. The mid- and end-stations are labeled, but the arm is so long (2.5 miles) that the perspective of the shot distorts the distance between them. (Credit: Caltech/MIT/LIGO Lab)

Physics is the second …Nobel Prize [to be awarded this year] and comes after…the Nobel Prize for Physiology or Medicine [which was announced] on Monday.

The prizes for achievements in science, literature and peace were first awarded in 1901 in accordance with the will of Swedish business tycoon Alfred Nobel, who bequeathed much of the fortune he generated from his discovery of dynamite.

Among the science prizes, physics has often taken center stage with laureates including superstars such as Einstein, Niels Bohr and Marie Curie, one of only two women to win a Nobel prize in physics.

Weiss won half of this year’s prize, with Barish and Thorne sharing the other half.

[“My feelings at the time were a complicated mixture of being thrilled and being humbled,” Barish said at a Caltech news conference on Tuesday.

The waves were predicted by Albert Einstein in 1916 as part of his theory of general relativity, which argues that gravity is caused by heavy objects bending space-time, which itself is the four-dimensional way that astronomers see the universe.

The prize is “a win for Einstein, and a very big one,” Barish told the AP.]

3. What will the discovery enable scientists to do? (see para. 3-5)

6. Why did Dr. Barish say the prize is “a win for Einstein, and a very big one”?

7. How does this news report inspire you?

About LIGO, from an Oct. 3rd Washington Post report by Ben Guarino:

Albert Einstein predicted in his 1915 general theory of relativity that distortions in gravity would travel through space-time like a shock wave. It took nearly a century to confirm that these distortions exist, a feat that required huge contraptions in two locations to detect an ultra-tiny ripple in the fabric of space.

“When we first discovered them back in September 2015, many of us didn’t believe it,” Weiss said. It took months for the scientists to convince themselves that the (LIGO) detectors found gravitational waves, he said.

Detectors sensed three other gravitational waves since the first, all from merging black holes. The LIGO team, plus the Italian Virgo detector, announced the most recent cosmic distortion discovery in September.

A team of more than 1,000 scientists, researchers and technicians make up the LIGO Scientific Collaboration. Yet three people at most can share a Nobel Prize, a rule that critics say is too restrictive.

Scientists proposed using lasers to measure gravitational waves in the 1960s. Weiss conceived of the first L-shaped laser interferometers while teaching a course on general relativity at MIT decades ago.

The device consists of twin laser beams shot down an interferometer’s branching arms, both of equal length. At the end of each arm is a mirror. The lasers bounce off the mirror to return at precisely the same time. If something has jiggled the fabric of space — like the long-ago collision of a black hole — one arm elongates or contracts out of sync with the other. These distortions are so small as to be inconceivable: a wobble a thousandth the width of an atom’s nucleus. The lasers’ mismatched return, however slight, signifies that space has warped.

Meanwhile, Thorne helped advance the theory of gravitational waves. He described how the waves, which could be the product of merging black holes or colliding neutron stars, stretch space and time.

“LIGO would not exist without Kip [Thorne]’s vision for the scientific potential of gravitational waves and his amazing gift for sharing that vision with other scientists,” said Caltech’s Stan Whitcomb, a LIGO Laboratory scientist, in a statement.

U.S. military grants to develop small interferometers gave way to an ambitious proposal. In 1984, MIT and Caltech agreed to design and construct LIGO, the Laser Interferometer Gravitational-Wave Observatory, together. …

“I always wanted to be an experimental physicist and was attracted to the idea of using continuing advances in technology to carry out fundamental science experiments that could not be done otherwise,” Barish said in a statement Tuesday. “LIGO is a prime example of what couldn’t be done before.”

“Barish, in my opinion, is the most brilliant leader of large science projects that physics has ever seen,” Thorne said.

LIGO is funded by the National Science Foundation. All told, the detectors had a $1.1 billion price tag.

Visit the website to read about the Nobel Prize in Physics.