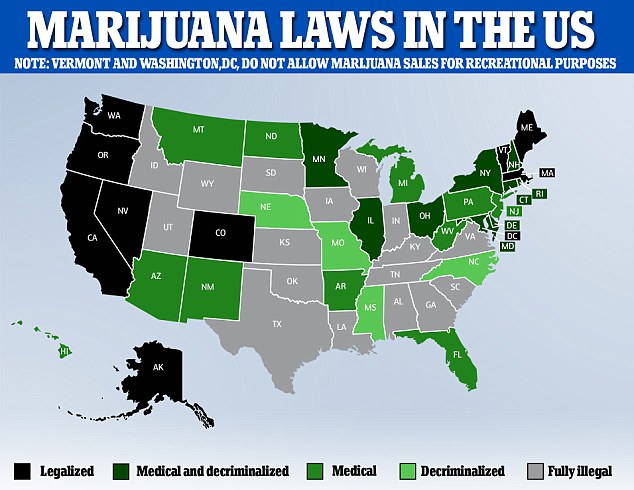 (by Penelope Overton, Portland Press Herald) – A review of 25 years worth of car crash data has found a link between the so-called “high holiday” celebrated by marijuana users on April 20 (4/20) and a rise in fatal car accidents.

The study conducted at the University of British Columbia looked at U.S. government statistics from 1992 – the year after the informal pot-smoking event was popularized – through 2016.

The risk is even higher among young drivers, they found – for drivers 21 or younger, the increased risk grew to 38 percent.

The research published Monday in the Journal of American Medical Association (JAMA) Internal Medicine by Dr. John Staples of University of British Columbia and Dr. Donald Redelmeier of University of Toronto does not consider whether the April 20 risk to a driver changes if they are in a state that has legalized cannabis, Staples said. Each U.S. state varies, making it difficult to categorize and compare state risks by level of legalization, he said.

The research does not consider whether cannabis played a direct role in the April 20 fatal crashes, Staples said, because a police drug report – which combines lab tests and the impression of the officer – was included in the Fatality Analysis Reporting System for only about a third of the 1,369 drivers involved in a deadly April 20 accident over that time period. More importantly, because cannabis lingers in the body for so long, a positive lab test does not mean the person was impaired.

“Despite this evidence, driving after cannabis consumption is surprisingly common,” the authors said in a letter in JAMA Internal Medicine.

Staples and Redelmeier said they found no increased risk of crashes before 4:20 p.m. on April 20.

Staples said the study should prompt 4/20 event organizers to consider ways to make sure participants, and those who will share the roads with them, make it home safely. When Canada legalizes recreational marijuana use this summer, almost 100 million people in North America will live in a place where it is legal to consume cannabis, Staples said.

“It’s going to be really important for both the U.S. and Canada to figure out what that means for public safety as well as public health,” Staples said, adding, “It’s a really relevant question to be thinking about now since legalization seems to be progressing across the United States and in Canada.”

The idea for the research came out of Staples’ time spent working at hospitals in Vancouver, British Columbia, where staff there learned to prepare for a wave of patients connected to the large 4/20 cannabis celebration that happens in that city every year. Not all patients had attended the event, nor consumed cannabis, but the staff of both of the city hospitals knew their intake numbers would spike on that day, and some of that surge was linked to the cannibis use. Dr. Staples said, “…It struck me that 4/20 was a really great natural experiment through which we could examine cannabis intoxication and the risk of motor vehicle crashes.”

But it’s difficult to know how closely the two are linked because U.S. federal prohibition on marijuana limits the types of research that can be done on it, Staples said.

Previous studies have shown that many pot-using motorists drive after partaking and think it’s safe to do so.

Colorado legalized recreational marijuana in 2012. Data show that 15 percent of DUI arrests in Colorado last year involved marijuana, and a 2016 survey found about half of users in the state think driving under the influence of pot is safe.

Dr. Andrew Monte, an emergency medicine physician and toxicology expert at the University of Colorado, …said the study offers an important message. “…We need to realize that people should not be using [cannabis] and driving.”

Portland Press Herald. Reprinted here for educational purposes only. May not be reproduced on other websites without permission from pressherald .com. [Also incudes some information from ABC News, Fox News, Newsweek, UPI and UK Independent.]

1. What data did Canadian researchers Dr. John Staples and Dr. Donald Redelmeier use in their study?

2. a) What data did the two researchers compare?
b) What did they find?

3. For what age group is the risk of driving even higher?

4. Why didn’t the researchers consider whether cannabis played a direct role in the April 20 fatal crashes?

5. a) What have previous studies shown about THC?
b) According to the National Institute on Drug Abuse, marijuana can impair driving ability. A 2016 survey found that about half of users in Colorado think driving under the influence of pot is safe. What do you think? Explain your answer.

6. a) Explain how Dr. Staples got the idea for the study he conducted with Dr. Redelmeier.
b) What actions does Dr. Staples say 4/20 organizers should take? and US and Canadian officials?

CHALLENGE: The bottom line is this: people who smoke pot won’t admit it is a problem, or in any way harmful. Only people who don’t use recreational marijuana, but are close to someone who uses it longterm can explain the way it changes the person who uses it. (Ask a parent if they know any 40 year old who has been using it since he was a teenager and he/she will be able to explain the negative effect it has on a person.)

An earlier survey of college freshmen found that driving after marijuana use and riding with someone using pot was common, especially among young men, and more common than alcohol-linked driving.

And a 2014 study in six states found that marijuana was increasingly detected in drivers killed in car crashes during a 10-year period.

It’s a recognized risk in Colorado, where voters approved legalizing it in 2012. That’s why last year the state’s transportation department partnered with Lyft and a pot industry group to offer discounted rides for pot users partaking in 4/20 events.

Data shows that 15 percent of DUI arrests in Colorado last year involved marijuana, and a 2016 survey found that about half of users in the state think driving under the influence of pot is safe.

Marijuana is legal for medical use in most US states and in Canada.

Recreational use has been legalized in nine states plus Washington, DC and will become legal in Canada in July.