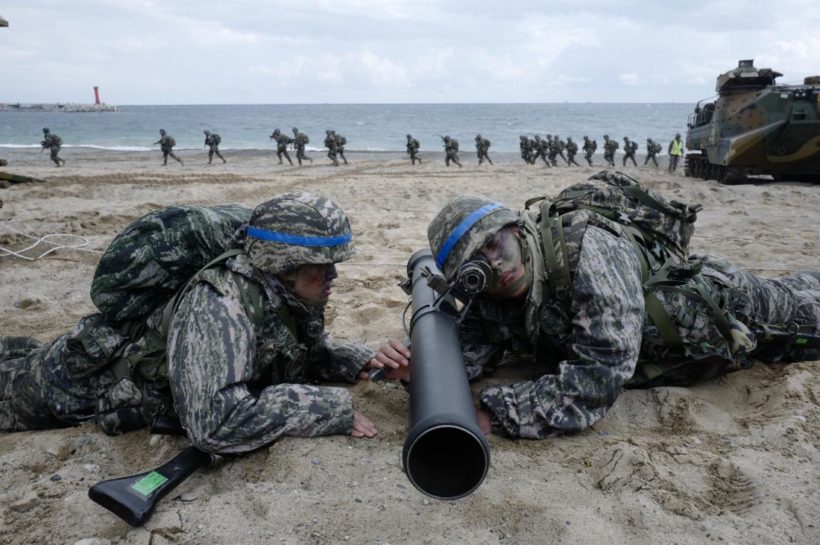 The exercise, which usually takes place late February or early March, was postponed this year to avoid an overlap with the Pyeongchang Winter Olympic and Paralympic Games held from February to March in South Korea.

President Moon Jae-in had requested the delay, in hopes of defusing tensions with North Korea, which has long seen the exercises as a rehearsal for war and used them as a pretext for provocations.

With cross-border relations appearing to improve as the two Koreas head to summit talks slated for later this month, observers have said the South Korea-U.S. drills have been notably scaled down this year.

The two-month long Foal Eagle exercise has been reduced to a four-week run with no major U.S. strategic assets such as supercarriers or nuclear submarines expected to be deployed to the peninsula, Yonhap reported.

However, [U.S. and South Korean] authorities have denied the drill will be low-key compared to previous years, saying there is no change in the number of troops, the program or the intensity of the exercise.

2. For SOUTH KOREA:
a) list the who, what, where and when of the news item
b) What is significant about the U.S. – South Korea military exercises?
c) Why was the start of the exercises delayed this year? Be specific.
d) The AP reported: “The war games being conducted this week by the United States and South Korean militaries have an unusually low-key approach.” How have U.S. and South Korean authorities responded to this assertion?