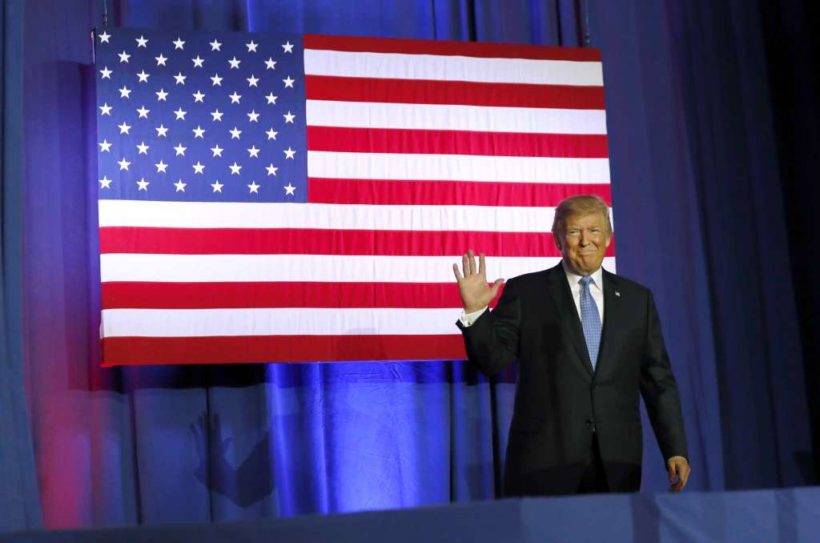 (by Jack Crowe, The Daily Caller) – President Donald Trump [introduced] Republicans’ newly-released tax reform framework as a much needed economic boon to the struggling middle class during a Wednesday speech.

“My fellow Americans, this is the right tax cut and this is the right time. Democrats and Republicans in Congress should come together finally to deliver this giant win for the American people and begin a middle class miracle,” Trump said.

During the address, the president stressed the importance of reducing the corporate tax rate from the existing 35 percent down to 20 percent, a point on which he has vowed not to negotiate. He spent much of the speech explaining how [such a significant] corporate tax cut will translate into employment and wage gains for the American worker.

“We will reduce the corporate tax rate to no higher than 20 percent,” Trump said. “This is a revolutionary change and the biggest winners will be the everyday American worker, as jobs start pouring into our country, as companies start competing for American labor, and as wages start going up to levels that you haven’t seen in many years.”

Trump also emphasized tax code simplification, which the plan accomplishes [by reducing] the existing seven tax brackets down to three individual income brackets, taxed at 12, 25 and 35 percent respectively. In addition to simplification and rate cuts, Trump cited the elimination of most itemized deductions as evidence of his…prioritization of the interests of the middle class over those of the wealthy.

“We’re doing everything we can to reduce the tax burden on you and your family,” Trump said. “By eliminating tax breaks and loopholes we will ensure the benefits are focused on the middle class, the working men and women not the highest earners.”

The framework leaves open the possibility of an additional fourth tax bracket carrying an increased rate for the highest earners, a fact Trump pointed to as further evidence of his commitment to the middle class.

“Our framework includes our explicit commitment that tax reform will protect low income and middle income households not the wealthy,” he said. “They can call me all they want but its not going to help.”

1. What is the main feature of Republicans’ newly-released tax reform framework presented as “the American model” by President Trump in a speech on Wednesday?

2. By how much does President Trump propose reducing the corporate tax rate?

3. How will a large corporate tax rate reduction benefit everyday Americans, according to President Trump?

4. The second feature of the tax reform plan is a simplification of the tax code. How/why will this be done?

5. What is the purpose of eliminating tax breaks and loopholes in the current tax system?

6. Ask a parent to check out the main points of the tax reform framework and to answer the questions:
a) Do you think this is good for America? Please explain your answer.
b) President Trump said in his speech: “This is the right tax cut and this is the right time. Democrats and Republicans in Congress should come together finally to deliver this giant win for the American people and begin a middle class miracle.” Do you agree that Democrats and Republicans should come together to pass tax reform? Please explain your answer.