Tillerson: Syria strike a message to others, including North Korea 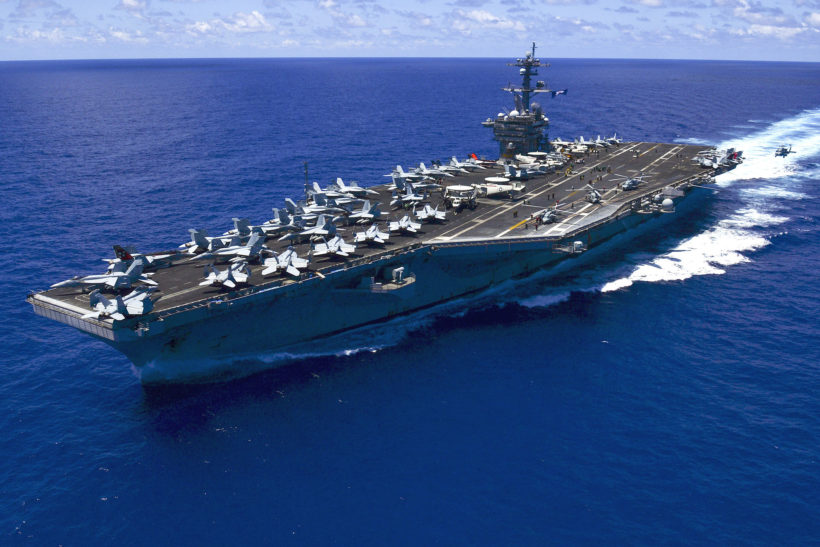 (by David Morgan, Reuters) WASHINGTON — U.S. military strikes against Syria over its alleged use of chemical weapons are a warning to other nations, including North Korea, that “a response is likely” if they pose a danger, U.S. Secretary of State Rex Tillerson said on Sunday.

Asked if Friday’s strikes against Syria were a message to North Korea, Tillerson told ABC’s This Week:

“In terms of North Korea,” he added, “we’ve been very clear that our objective is a denuclearized Korea peninsula.”

In a separate interview, Tillerson told CBS’ Face the Nation: “President Xi clearly understands, and I think agrees, that the situation has intensified and has reached a certain level of threat that action has to be taken.”

North Korean officials, including leader Kim Jong Un, have repeatedly indicated an intercontinental ballistic missile test or something similar could be coming, possibly as soon as April 15, the 105th birthday of North Korea’s founding president and celebrated annually as “the Day of the Sun.”

Reuters was first to report on Saturday that the Navy strike group USS Carl Vinson, whose flagship is a nuclear-powered aircraft carrier of that name, will make its way toward the Korean peninsula from Singapore as a show of force after Pyongyang tested a liquid-fueled Scud missile this month.

“It’s prudent to do it, isn’t it?” McMaster said of the deployment on Fox News Sunday.

“This is a rogue regime that is now a nuclear-capable regime, and President Xi and President Trump agreed that that is unacceptable, that what must happen is the denuclearization of the Korean Peninsula,” he said.

A U.S. national security review of options on North Korea include economic and military measures. But they lean more toward sanctions and increased pressure on Beijing to rein in its neighbor.

3. China is an ally of North Korea. What attitude did Secretary of State Rex Tillerson say China now has toward North Korea’s nuclear weapons?

4. How did Secretary Tillerson reply when asked by ABC News if the U.S. military strikes against Syria following President Assad’s use of chemical weapons on civilians was also a message to North Korea’s Kim Jong Un?

6. a) What latest action have North Korean officials threatened to take in the near future?
b) How is the U.S. responding to these North Korean threats, according to the NSA advisor?

7. Re-read paragraph 7. The reporter inserted his opinion into this paragraph by using quotation marks around the word threat. Why is this bias?

8. From the last paragraph of the article: “A U.S. national security review of options on North Korea include economic and military measures. But they lean more toward sanctions and increased pressure on Beijing to rein in its neighbor.”
Ask a parent: Do you think the Trump administration is taking the right steps to stop North Korea from further missile tests, threats and nuclear weapons’ development? Please explain your answer.