The OPEC deal is a sign of ‘tough economic circumstances’ 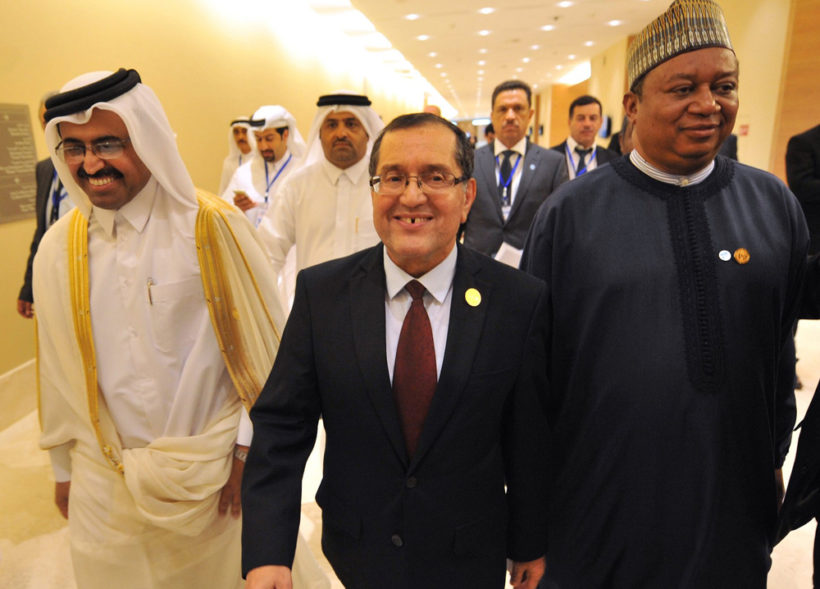 (by Elena Holodny, Business Insider) — OPEC (Organization of the Petroleum Exporting Countries) finally agreed to curtail output during its meeting in Vienna on Wednesday.

This marks the cartel’s first cut since 2008 and reverses its two-year strategy of pumping as much oil as desired.

Additionally, non-OPEC members, including Russia, are slated to tag along. This would bring the collective OPEC and non-OPEC cut to 1.8 million bpd, or about 2% of current global output.

The decision reflects producers’ desires to end the global oil supply glut, which has kept prices depressed for over two years.

The cartel originally reached an “agreement” to limit its production back in September at informal talks in Algeria, with the intention of officially putting the plan into action come November. But most analysts were beginning to doubt whether OPEC would actually pull the trigger, arguing that geopolitical tensions and strategic market interests would prevent the group from cooperating.

However, beneath the regional rivalries, major oil producers are increasingly facing growing financial stresses at home, which theoretically could translate into political stresses, making domestic concerns a possible factor in coming to an agreement.

“As with the Algiers Accord, we believe that [the] announcement reflects the tough economic circumstances faced by the sovereign producers and the desire for a measure of relief to shore up domestic support,” Helima Croft, the global head of commodity strategy at RBC Capital Markets and whose team has long argued that the cartel would come to an agreement, wrote.   …..

As a final note, for what it’s worth, the late oil watcher Robert Mabro once quipped that OPEC should change its logo to a tea bag “because it only works when in hot water.” The Organization of the Petroleum Exporting Countries (OPEC) was created at the Baghdad Conference in September, 1960, by Iran, Iraq, Kuwait, Saudi Arabia and Venezuela.
OPEC is now a group of thirteen countries located in the Middle East, Africa and South America.
[Note: Gabon is not identified on this map. Gabon terminated its membership in January 1995. However, it rejoined the Organization in July 2016.]

Facts about OPEC (Organization of the Petroleum Exporting Countries):

NOTE: Watch the video under “Resources” below on what OPEC deal means for the U.S.

1. What is OPEC? (When was it established? List the member countries. What percent of the world’s oil do OPEC members produce? )

3. What is the significance of the OPEC agreement?

4. By how many barrels per day (bpd) have OPEC (and non-OPEC members, including Russia) agreed to cap output?

5. Why was a finalized OPEC agreement doubtful?

6. What is believed to be the main reason for OPEC finalizing the agreement?

CHALLENGE: Read the “Background” below [which was originally published by Business Insider as the second half of this article]. Write a one paragraph summary that explains why Saudi Arabia has signed on to this agreement.

Those domestic concerns could be especially important for Saudi Arabia, which has been pushing forward with spending cuts and reforms and has been working on curtailing its “addiction” to oil via the Vision 2030 plan. Although there have yet to be major protests from the population, the austerity measures are front-loaded, which has created a challenge for the government.

“We note that even a recovery into the mid $50s still leaves our fragile five at heightened risk for instability and supply disruptions, but will help Saudi Arabia achieve some of its key Vision 2030 priorities, avoid an increase in borrowing costs, and find notable public support,” she added.

Back in September, the kingdom announced several fiscal-consolidation measures, including cutting ministers’ salaries by 20% and canceling bonus payments for state employees, in an effort to reduce its record budget deficit. That was significant given both that two-thirds of working Saudis are employed by the state, meaning consumption could take a hit and the wage cuts could increase political risk. The kingdom’s earlier cuts on electricity and water subsidies were not well received by the public.

“These will not be the last such moves, and we expect the government to introduce new measures over 2017, in line with Vision 2030 and the National Transformation Plan (which lay the reform path to follow to diversify the economy away from its overreliance on oil and the public sector),” argued a BMI Research team in a note to clients.

Meanwhile, the unemployment rate for Saudis rose to 12.1% in the third quarter of 2016 — the highest since 2012 — compared to the overall unemployment rate of 5.7%, which includes both Saudi nationals and foreign workers. “Employment growth in the private sector will be limited, given the economic slowdown. As a result, the rate of unemployment for Saudi Arabian nationals will continue to increase over 2017. Higher unemployment will translate into lower demand from Saudi Arabian households, further hurting the non-oil economy,” the team added.

Plus, the Saudis face several other problems: The campaign in Yemen has been “prohibitively expensive.” Their foreign-exchange reserves have fallen since oil prices started plummeting. Bloomberg reported back in September that the kingdom could cancel over $20 billion worth of projects, and there have been ugly economic data points.

“We believe that the Saudi Arabian economy has still not felt the entire impact of the government’s fiscal consolidation reforms,” the BMI team wrote.

And so, Wednesday’s “decision will likely be very well received by the Saudi public, which is struggling in the face of sharp spending cuts and austerity measures,” according to Croft.

“Oil in the $50s will also help the Kingdom avoid costly credit ratings downgrades as it ramps up borrowing. As long as Saudi Arabia remains firmly committed to the deal, which is slated to last for six months (or longer with a six-month extension option) we believe that the arrangement will hold.” (from the Business Insider article above)

From December 1:  Former Shell Oil president on what OPEC deal means for the U.S.: