Teenage screen use leads to loss of happiness, study shows 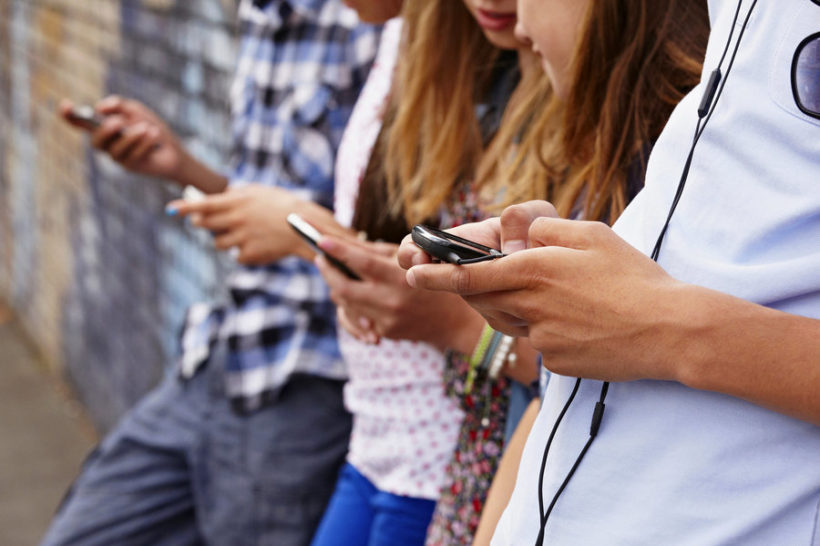 (from the UK news website Swindon Advertiser) – Teens who spend large amounts of time glued to phone and computer screens are markedly less happy than those who prefer “real world” activities, a study has found.

Psychologists in the US analysed data from the Monitoring the Future longitudinal study, a major survey looking at the lives of more than a million young people.

They found that playing computer games, using social media, texting and video chatting were all associated with less happiness.

The trend was reflected in historical records since the 1990s, said the researchers, whose findings appear in the journal Emotion.

Over time, the increasing proliferation of screen devices coincided with a general decline in reported happiness among American teenagers.

The life satisfaction, self-esteem and happiness of young people in the US plummeted after 2012, the year when the proportion of Americans owning a smartphone rose above 50%.

“By far the largest change in teens’ lives between 2012 and 2016 was the increase in the amount of time they spent on digital media, and the subsequent decline in in-person social activities and sleep,” said Prof Twenge.

“The advent of the smartphone is the most plausible explanation for the sudden decrease in teens’ psychological well-being.”

Total screen abstinence was not a recipe for happiness either, the study found.

The happiest teenagers were those who used digital media a little less than an hour a day.

After a daily hour of screen time, levels of unhappiness rose steadily.

Prof Twenge added: “The key to digital media use and happiness is limited use.

From UK news website Swindon Advertiser. Reprinted here for educational purposes only. May not be reproduced on other websites without permission from swindonadvertiser .co .uk

1. What activities are all associated with less happiness among teens?

2. What activities are done by teens who were significantly happier?

3. In addition to the data for monitoring the future, what did several other studies show about social media use and teens?

4. a) Define proliferation.
b) What effect did the increased proliferation of screen devices have on teens?
c) Define plausible as used in paragraph 11.

5. a) Which were the happiest teens?
b) What did researchers find occurred among teens after a daily hour of screen time?
c) What is key when using digital media, according to Professor Twenge?

6. What did Professor Twenge recommend teens should aim to do when using digital media?

7. Many studies have concluded lengthy use of smartphones, social media use, games and screen time are harmful to teens. Studies don’t conclude that unlimited device use is not harmful. How do you think this problem should be solved? Be specific.

CHALLENGE: For one month, limit your screen time/social media to one hour per day while also adding time to play sports, read an actual book, hang out with friends and/or a parent, do a puzzle, paint a picture, play music, build something, visit a grandparent or volunteer helping people.