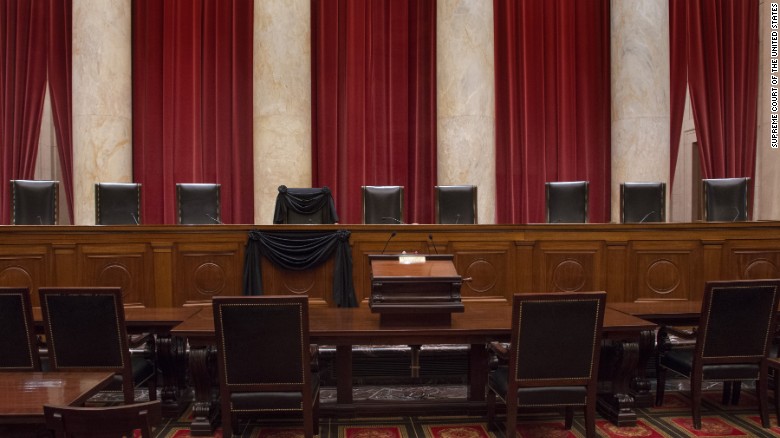 (by Mark H. Anderson, The Wall Street Journal) WASHINGTON — The Supreme Court on Tuesday began memorializing Justice Antonin Scalia and said his body will lie in state at the court on Friday before his funeral is held, offering the public a chance to pay their respects, court officials said.

Scalia, who died suddenly over the weekend in Texas, will lie in repose in the Court’s Great Hall on Friday. A private ceremony will take place at 9:30 a.m., and the public will be allowed in from 10:30 a.m. until 8 p.m.

The last such occasion was a little more than a decade ago after the death of the late chief justice William H. Rehnquist. Rehnquist’s casket was carried in by a group of pallbearers that included his former clerk John G. Roberts Jr., who at the time had been nominated but not confirmed yet to succeed him as chief justice.

Scalia’s funeral is expected to follow on Saturday at the Basilica of the National Shrine of the Immaculate Conception, according to reports from NPR News and other outlets. Officials with the Supreme Court and the Basilica did not respond to requests for comment Tuesday.

The high court, following a tradition that dates to the 1800s, draped Justice Scalia’s courtroom bench chair and the bench directly in front of it in black wool crepe in his memory, the court said in a release. The court also placed black drapes over the courtroom doors.

The practice of draping the bench chair is followed for sitting justices who die in office. Sitting and retired justices are memorialized with the draping of the courtroom doors.

The court added the flags on the front plaza at the Supreme Court building will be flown half-staff for 30 days.

Compiled from news reports by The Wall Street Journal and The Washington Post.  Reprinted here for educational purposes only. May not be reproduced on other websites without permission.

2. a) When will the public be able to pay their respects to Justice Scalia?
b) What will happen prior to this?

3. When was the last time a Supreme Court justice died while in office? (See “Background” for more details)

4. a) What tradition that dates to the 1800s is the court also following?
b) How does this practice differ between sitting justices and retired justices?

5. For how long will the flags on the front plaza at the Supreme Court building be flown at half-staff?