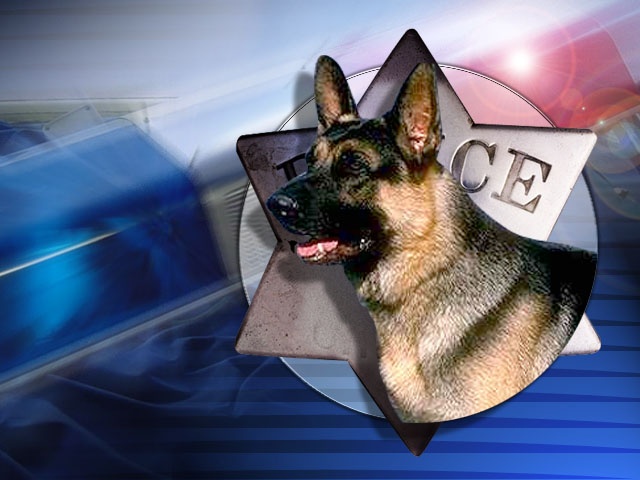 (by Jess Bravin, The Wall Street Journal) WASHINGTON — The Supreme Court ruled 6-3 on Tuesday police can’t prolong a routine traffic stop to allow a drug-sniffing dog to search the vehicle unless they have a reasonable suspicion of uncovering contraband.

The case is the latest to see the justices reinvigorate constitutional protections against “unreasonable searches and seizures,” following recent decisions that rejected warrantless cellphone searches and installation of GPS trackers.

Tuesday’s ruling tightens the parameters* police should follow when using drug-sniffing dogs during a traffic stop, building on a 2005 precedent allowing the drug searches while stressing such procedures become unlawful if a motorist is detained solely to conduct the search. [*parameters:  a rule or limit that controls what something is or how something should be done – usually plural]

“We hold that a police stop exceeding the time needed to handle the matter for which the stop was made violates the Constitution’s shield against unreasonable seizures,” Justice Ruth Bader Ginsburg wrote for the majority. She was joined by Chief Justice John Roberts and Justices Antonin Scalia, Stephen Breyer, Sonia Sotomayor and Elena Kagan.

The case came from Valley, Neb., where in March 2012 a K-9 officer, Morgan Struble, stopped a Mercury Mountaineer carrying two people after it briefly veered onto a highway shoulder.

It took Mr. Struble about 22 minutes to make his routine checks of the driver’s license, auto registration and proof of insurance, pulling up no outstanding warrants or other reason to delay the vehicle. After giving the driver, Dennys Rodriguez, a warning ticket, Mr. Struble asked permission to walk his drug-sniffing dog, Floyd, around the vehicle.

When Mr. Rodriquez declined, Mr. Struble ordered him out of the car and had him wait until a backup officer arrived. On a walk around the Mountaineer, the dog led the officers to a bag of methamphetamine.

A federal magistrate judge found that Mr. Struble had nothing more than a “large hunch” to justify the search, but admitted the evidence anyway because the procedure imposed only a minimal delay on Mr. Rodriguez.

“A seizure for a traffic violation justifies a police investigation of that violation,” Justice Ginsburg wrote. While the court has allowed police to take certain actions in a traffic stop that go beyond its narrow purpose, such as requiring motorists to exit their vehicles, those have been closely tied to officer safety or other practical needs, she said.

The decision returns the case to the Eighth U.S. Circuit Court of Appeals, in St. Louis, to consider whether Mr. Struble had a reasonable suspicion that justified use of a drug-sniffing dog.

[In his dissenting opinion, Thomas said that majority’s ruling makes “meaningless” the legal difference between “reasonable suspicion” – which does not authorize a search of someone’s property – and “probable cause,” which does.

“Had Officer Struble arrested, handcuffed, and taken Rodriguez to the police station for his traffic violation, he would have complied with the Fourth Amendment,” he wrote, using the majority’s argument.

“But because he made Rodriguez wait for seven or eight extra minutes until a dog arrived, he evidently committed a constitutional violation. Such a view of the Fourth Amendment makes little sense.”]

Twenty-nine minutes “is hardly out of the ordinary for a traffic stop by a single officer of a vehicle containing multiple occupants even when no dog sniff is involved,” Justice Thomas wrote.

In 2013, the court ruled that police conducted an unlawful search when they brought a narcotics dog to the porch of a private home without a warrant.

Police have won some recent Fourth Amendment cases, however. In December, the court unanimously upheld a search conducted after an officer stopped a car on the mistaken belief that it was unlawful to drive with a broken brake light. The justices found that to be a reasonable mistake.

2. a) What amendment to the U.S. constitution protects citizens from unreasonable searches and seizures?
b) Write out the text of the amendment.

3. How will the ruling affect future police stops?

4. a) How did Justice Ruth Bader Ginsburg explain the majority’s decision?
b) List the justices who joined Justice Ginsburg in the majority.
c) Why did the Court fault the lower courts for ruling against the plaintiff?

5. a) Name the justices who dissented.
b) How did Justice Thomas explain the dissenting opinion?

6. What happens to the case now?

CHALLENGE: Read the case “Rodriguez v. United States” here.
a)  Do you agree with the majority ruling or minority dissent? Explain your answer.
b)  Ask a parent the same question.