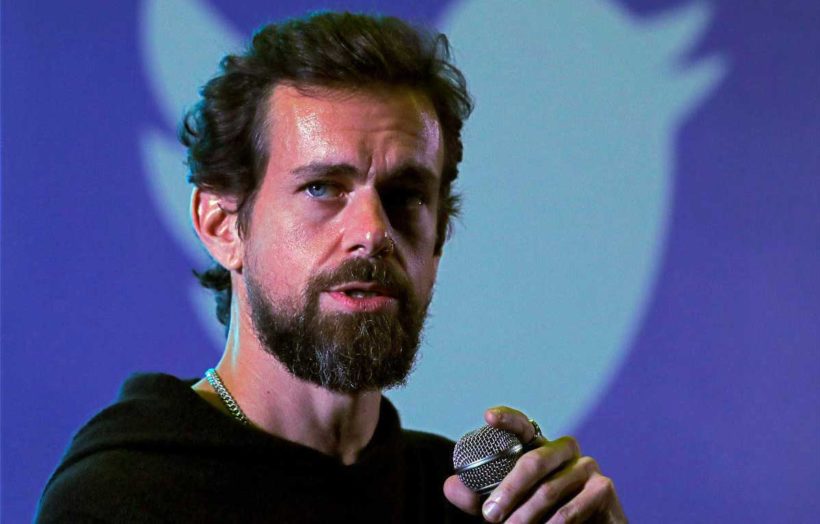 (Compiled from articles at The Hill, AFP at VOA and The Center Square) —
Senate Republicans said Thursday they will subpoena Twitter CEO Jack Dorsey over Twitter’s decision to censor a news report about Democratic candidate Joe Biden’s son, Hunter Biden (by blocking its users from sharing links to the article from the New York Post).

“This is election interference and we’re 19 days out from an election. It has no precedence in American democracy,” Senator Ted Cruz said, a day after the social network blocked links to the article by the New York Post alleging corruption by Biden in Ukraine.

Cruz said the Senate Judiciary Committee would vote next Tuesday to subpoena Dorsey to testify at the end of next week:

“Twitter and Facebook and big tech millionaires don’t get to censor political speech and actively interfere in the election. That’s what they are doing right now, Cruz said.”

On Wednesday, Twitter (announced) that it was blocking articles published by the New York Post about alleged corruption linking Democratic presidential candidate Joe Biden, his son, Hunter Biden, and a Ukranian energy company. 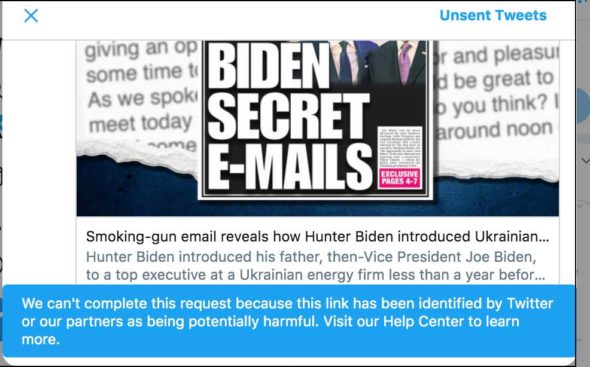 Also on Wednesday, White House press secretary Kayleigh McEnany was locked out of her personal Twitter account for retweeting The Post’s story.

McEnany shared a screenshot of the message, which stated she had violated “our rules against distribution of hacked material.” [The Post reports its article was not from hacked material.]

On Thursday morning, the official Twitter account for the Trump campaign was locked, according to the campaign’s communications director, Tim Murtaugh.

“In the last two days we’ve seen a remarkable development,” Cruz said in a statement Thursday. “We have seen big tech, we’ve seen Twitter and Facebook actively interfering in this election in a way that has no precedent in the history of our country.

“Never before have we seen active censorship of a major press publication with serious allegations of corruption of one of the two candidates for president. That was last night. This morning it escalated and got worse.”

“The New York Post broke a second story of a series of emails that indicate yet more corruption and in this instance the Biden family receiving millions of dollars from communist China government officials. Just minutes ago I tried to share that story on Twitter and Twitter is actively blocking right now this instant [these] stories from the New York Post…”

“[Twitter CEO Jack Dorsey should] come before this committee and the American people and explain why Twitter is abusing their corporate power to silence the press and to cover up allegations of corruption,” Cruz said.

“And let me be clear, I don’t know if the New York Post stories are true or not; those are questions Vice President Joe Biden should answer.”

Judiciary Chairman Lindsey Graham (R-S.C.) said the efforts to block the Post story “crystallizes the problem better than anything I can think of.”

“The point is, the power behind these platforms has been taken to a level that truly is dangerous,” he told reporters.

Biden’s campaign has pushed back on the Post’s Wednesday report, which includes allegations about the former vice president and Ukraine that hinge on an email reportedly retrieved from the hard drive of a laptop dropped off at a computer repair shop in Delaware in April 2019.

The campaign told Politico the Post never asked the campaign about “critical elements of this story,” and said that based on a review of the former vice president’s official schedule from that time “no meeting, as alleged by The New York Post, ever took place.”

(Compiled from articles published at The Hill, AFP at VOA and The Center Square)

2. What did Senator Cruz say about Big Tech?

5. What did Sen. Cruz say CEO Jack Dorsey needs to explain to the American people and the Senate committee?

6. Senator Cruz wrote, ”Twitter has apparently decided to preemptively censor this report. But Twitter’s censorship of this story is quite hypocritical, given its willingness to allow users to share less-well-sourced reporting critical of other candidates for public office. Accordingly, this can only be seen as an obvious and transparent attempt by Twitter to influence the upcoming Presidential election.”
What do you think of Sen. Cruz’s assertion?

7. Whether you support Joe Biden or Donald Trump for president, what is your reaction to Twitter’s decision to censor the news article from the New York Post? (Why shouldn’t it be different based on who you support?)

CHALLENGE: During Thursday night’s hour and a half town hall with Joe Biden hosted by ABC News’ George Stephanopoulos, no mention was made of the Post article – even if to ask former vice president Biden to defend himself against the allegations.
Why do you think George Stephanopoulos ignored it? Do you think Mr. Biden should have been asked about it? Do voters/supporters want to hear Joe Biden address this issue himself? Explain your answers.

Dorsey and Zuckerberg, along with Google’s Sundar Pichai, are scheduled to testify at the hearing which is set to focus on Section 230 of the Communications Decency Act, a hotly debated law that allows platforms to have immunity from lawsuits about content posted on their sides by a third party.

The hearing may end up with Republicans questioning the CEOs about allegations of censorship and anti-conservative bias in light of the action taken on the Post stories. Sen. Marsha Blackburn (R-Tenn.), a Commerce committee member, tweeted Thursday she is “looking forward” to asking the CEOs about “silencing media that go against their political beliefs.”

Twitter also posted a statement Wednesday night: “We want to provide much needed clarity around the actions we’ve taken with respect to two NY Post articles that were first Tweeted this morning.” But it did not post any additional information.

Facebook spokesman Andy Stone tweeted Wednesday, “While I will intentionally not link to the New York Post, I want to be clear that this story is eligible to be fact checked by Facebook’s third-party fact checking partners. In the meantime, we are reducing its distribution on our platform.”

Twitter declined to comment in response to Senator Josh Hawley…  A spokesperson for Facebook was also not immediately available for comment.( Compiled from articles at The Hill, AFP at VOA and The Center Square)