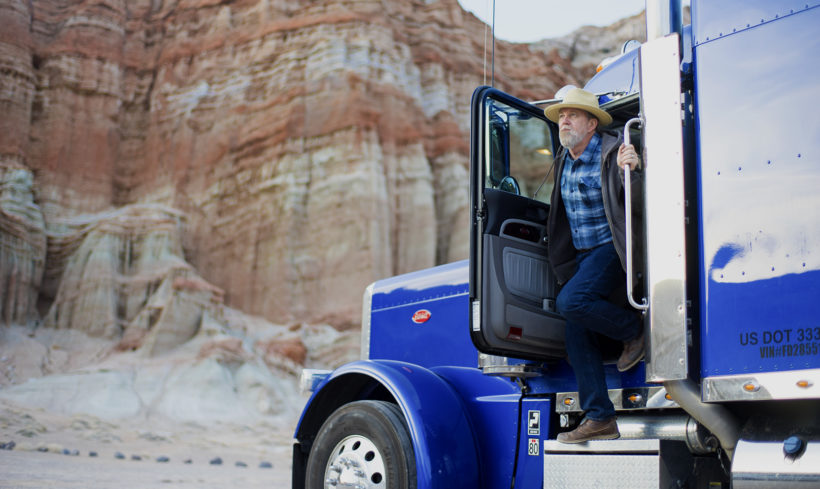 (by Marco della Cava, AZ Central) SAN FRANCISCO — Uber has been sending self-driving trucks on delivery runs across Arizona since November, the first step in what promises to be a freight transportation revolution that could radically reshape the jobs of long-haul truckers.

After testing its technology earlier in 2017, Uber began contracting with trucking companies to use its own autonomous Volvo big rigs to take over loads as they traverse the state, it disclosed.

“The big step for us recently is that we can plan to haul goods in both directions, using Uber Freight to coordinate load pickups and dropoffs with local truckers,” said Alden Woodrow, who leads Uber’s self- driving truck effort. “Keeping trucking local allows these drivers to make money while staying closer to home.”

Uber Freight, which launched last May, is an app that matches shippers with loads using technology drawn from Uber’s ride-hailing app. Typically such trucking logistics have been coordinated through phone calls and emails.

Uber isn’t alone in its pursuit of self-driving truck technology, with startups such as Embark joining companies such as Tesla and its new Tesla Semi to carve out a slice of a $700 billion industry that moves 70% of all domestic freight, according to the American Trucking Association.

Despite the push, the technology behind self-driving trucks remains in its infancy, with hurdles that include government regulations and trucker buy-in.

Truck owner-operators make money only when their rigs are on the road, a business model that gives them incentive to drive as long as possible. A truck that makes the long hauls between exits, allowing a driver to sleep in the cab, could increase their profit. But they’d have to trust the technology, as well as fork over what promises to be a considerable investment to make their cabs autonomous.

Woodrow says Uber’s trucking plans remain in development, but he does not see the company running a fleet of self-driving trucks — which would imply that its technology would be available for purchase by large established shipping companies.

“Today we’re operating our own trucks, but in the future it remains to be seen what happens,” he says. “Trucking is a very large and sophisticated business with a lot of companies in the value chain who are good at what they do. So our desire is to partner.”

The way Uber’s trucking program works is that trucks driven by humans arrive at hubs set up at weigh stations near the Arizona border, where their trailers’ loads are switched over to Uber’s Volvos.

These trucks are equipped with hardware, software and an array of sensors developed by Uber’s Advanced Technologies Group that help the truck make what amounts to a glorified cruise-control run across the state. Uber ATG also is behind ongoing self-driving car testing in Arizona, Pennsylvania and San Francisco.

Once the Uber trucks exit at the next highway hub near the Arizona border, they are met by  truckers who hitch the trailer to own their cab to finish the delivery.

The idea is that truckers get to go home to their families instead of being on the road. In a video Uber created to tout the program, the company showcases a California trucker who, once at the Arizona border, hands his trailer over to an Uber self-driving truck for its trip east, while picking up a different load that needs to head back to California.

Autonomous vehicles are being pursued by dozens of companies ranging from large automakers to technology startups. Slowly, states are adapting their rules to try and be on the front lines of a potential transportation shift.

Michigan, California and Arizona, for example, have been constantly updating their autonomous car testing laws in order to court companies working on such tech. California recently joined Arizona in announcing that it would allow self-driving cars to be tested without a driver at the wheel.

Skeptics of the self-driving gold rush include the Consumer Watchdog Group’s John Simpson, who in a recent letter to lawmakers said “any autonomous vehicle legislation should require a human driver behind a steering wheel capable of taking control.” …..

Reprinted here for educational purposes only. May not be reproduced on other websites without permission from Arizona Central / USA Today. Visit the website at azcentral .com.

1. a) What is Uber Freight?
b) What other companies are creating autonomous truck technology?

2. How does Uber’s trucking program work? Be specific.

4. a) How are the companies promoting the self-driving truck technology to truck drivers?
b) What challenges do they face in persuading the drivers to buy into the technology?

5. How does Uber aim to use their autonomous truck technology, according to Uber’s Alden Woodrow?

6. What does Uber’s Arizona pilot program focus on? What doesn’t it do?

7. Head of Consumer Watchdog Group’s John Simpson wrote in a recent letter to lawmakers that “any autonomous vehicle legislation should require a human driver behind a steering wheel capable of taking control.” Do you agree or disagree? Explain your answer.