See That Billboard? It May See You, Too 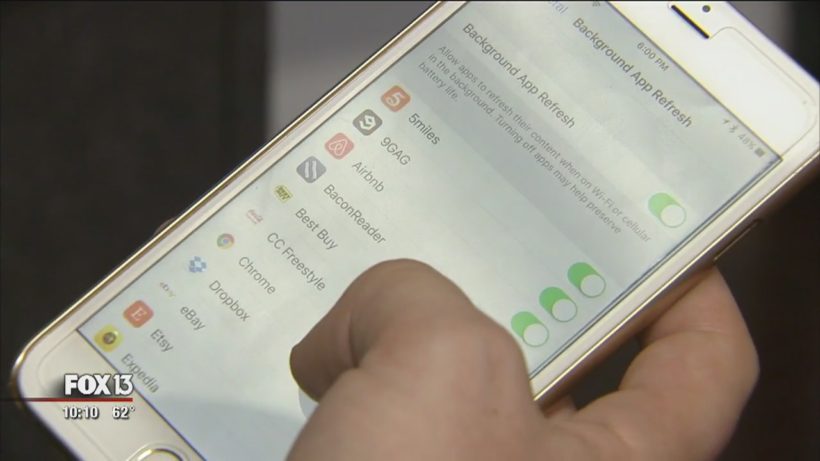 Clear Channel Outdoor Americas announced that it has partnered with several companies, including AT&T, to track people’s travel patterns and behaviors through their mobile phones.

(by Sydney Ember, The New York Times) – Pass a billboard while driving in the next few months, and there is a good chance the company that owns it will know you were there and what you did afterward.

Clear Channel Outdoor Americas, which has tens of thousands of billboards across the United States, announced on Monday that it has partnered with several companies, including AT&T, to track people’s travel patterns and behaviors through their mobile phones.

By aggregating* the data from these companies, Clear Channel Outdoor hopes to provide advertisers with detailed information about the people who pass its billboards to help them plan more effective, targeted campaigns. With the data and analytics, Clear Channel Outdoor could determine the average age and gender of the people who are seeing a particular billboard in, say, Boston at a certain time and whether they subsequently visit a store. [*Data aggregation is any process in which information is gathered and expressed in a summary form, for purposes such as statistical analysis. A common aggregation purpose is to get more information about particular groups based on specific variables such as age, profession, or income.]

“In aggregate, that data can then tell you information about what the average viewer of that billboard looks like,” said Andy Stevens, senior vice president for research and insights at Clear Channel Outdoor. “Obviously that’s very valuable to an advertiser.”

Clear Channel and its partners — AT&T Data Patterns, a unit of AT&T that collects location data from its subscribers; PlaceIQ, which uses location data collected from other apps to help determine consumer behavior; and Placed, which pays consumers for the right to track their movements and is able to link exposure to ads to in-store visits — all insist that they protect the privacy of consumers. All data is anonymous and aggregated, they say, meaning individual consumers cannot be identified.

But, he added, the company was using the same data that mobile advertisers have been using for years, and showing certain ads to a specific group of consumers was not a new idea. “It’s easy to forget that we’re just tapping into an existing data ecosystem,” he said.

In many ways, billboards are still stuck in the old-media world, where companies tried to determine how many people saw billboards by counting the cars that drove by. But in recent years, billboard companies have made more of an effort to step into the digital age. Some billboards, for example, have been equipped with small cameras that collect information about the people walking by. Clear Channel Outdoor’s move is yet another attempt to modernize billboards and enable the kind of audience measurements that advertisers have come to expect.

Privacy advocates, however, have long raised questions about mobile device tracking, particularly as companies have melded this location information with consumers’ online behavior to form detailed audience profiles. Opponents contend that people often do not realize their location and behavior are being tracked, even if they have agreed at some point to allow companies to monitor them. And while nearly all of these companies claim that the data they collect is anonymous and aggregated — and that consumers can opt out of tracking at any time — privacy advocates are skeptical.

“People have no idea that they’re being tracked and targeted,” said Jeffrey Chester, executive director of the Center for Digital Democracy. “It is incredibly creepy, and it’s the most recent intrusion into our privacy.”

The Federal Trade Commission (FTC) has brought a number of cases related to mobile device tracking and the collection of geolocation information. In 2013, the agency settled charges with the company behind a popular Android app that turned mobile devices into flashlights. The agency said the company’s privacy policy did not inform consumers that it was sharing their location information with third parties like advertisers. Last year, the agency settled charges against Nomi Technologies, a retail-tracking company that uses signals from shoppers’ mobile phones to track their movements through stores. The agency claimed that the company had misled consumers about their opt-out options.

For Clear Channel Outdoor, the goal is to give advertisers tools to buy and measure the effectiveness of outdoor ads that are similar to those they use for digital and mobile ads. It tested the suite of data and analytics, which it calls Radar, with the shoe company Toms and said it found a rise in brand awareness and purchases.

Clear Channel Outdoor will offer Radar in its top 11 markets, including Los Angeles and New York, starting on Monday, with plans to make it available across the country later this year.

Reprinted here for educational purposes only. May not be reproduced on other websites without permission from The New York Times. For the original article, visit nytimes .com.

1. What new venture has Clear Channel announced this week?

2. What will the company do with the data it collects? What is its goal? Be specific.

3. List the companies that are partnering with Clear Channel. (What does each do?)

4. What assurances do all of the companies give their customers?

5. Andy Stevens of Clear Channel acknowledged that the company’s new offering “does sound a bit creepy.” What reasoning does he use to excuse this idea?

6. What steps has the Federal Trade Commission (FTC) taken regarding consumer privacy?

7. From paragraph 8: “Some billboards…have been equipped with small cameras that collect information about the people walking by. Clear Channel Outdoor’s move is yet another attempt to modernize billboards and enable the kind of audience measurements that advertisers have come to expect.”
a) Do you think advertisers have a right to expect this type of detailed data?
b) Clear Channel tested the suite of data and analytics, which it calls Radar, with the shoe company Toms and said it found a rise in brand awareness and purchases. What impact do you think this will have on this data gathering program?

8. The right to privacy refers to the concept that one’s personal information is protected from public scrutiny. U.S. Justice Louis Brandeis called it “the right to be left alone.” While not explicitly stated in the U.S. Constitution, some amendments provide some protections.
a) Re-read paragraphs 9-10. Do you think privacy advocates are right to be concerned? Explain your answer.
b) Democratic presidential candidates Bernie Sanders and Hillary Clinton blast “Wall Street, big banks, big business,” etc. for their greed, for profiting off the little guy, for receiving “corporate welfare.”
Facebook and Google make billions of dollars a year compiling user data for their advertisers.  Mark Zuckerberg and Sergey Brin are multi-billionaires. Why do you think there has not been a big outcry against these billionaires who profit off of selling your privacy? (Try doing a google search for a certain product or store. Then notice what ads are popping up on websites you visit.)