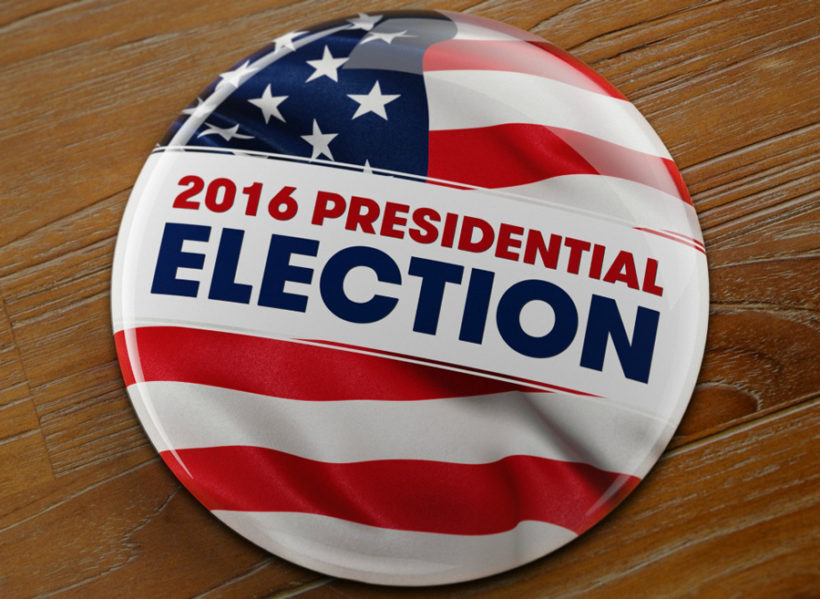 (Associated Press at CBS News) SAN FRANCISCO — The union representing San Francisco’s public school teachers has offered a classroom lesson plan that calls President-elect Donald Trump a racist and sexist man who became president “by pandering to a huge racist and sexist base.”

The lesson plan from Mission High School teacher Fakrah Shah is not one adopted by the San Francisco Unified School District, but has been published in the San Francisco teachers’ union newsletter and on the National Education Association (NEA) website, CBS San Francisco reports. The plan was distributed via an email newsletter to its more than 6,000 members. The school district has more than 57,000 students.

The teacher also offers suggestions to other teachers on how to engage students, telling them they didn’t lose and they should fight for justice and equality.

“We show the information, we just don’t label people. With Trump, yes, we have gone very straight and very direct to this idea that he is racist. That he is sexist. There is information released with his exact words, saying how to treat women,” Shah went on to say.

It is unclear how many teachers have used the plan outlined by a Mission High School teacher, said union spokesman Matthew Hardy and school district spokeswoman Gentle Blythe on Wednesday.

Blythe said the plan is an option and not part of the official curriculum. “Educators are entrusted to create lessons that reflect the California standards, support students’ social and emotional well-being and foster inclusive and safe school communities,” she wrote in an email, adding that teachers are encouraged to include various perspectives and not refer to people or political parties.

[The teacher’s union says Shah’s lesson plan is not a required resource but an optional one for educators. Lita Blanc, president of the teacher’s union United Educators of San Francisco said, “Fakrah Shah was well within her rights as an educator and we strand with her,” said Blanc.]

Harmeet Dhillon, an RNC committeewoman from California, called the lesson plan and introductory statement put out by the teachers’ union “inappropriate propaganda that unfairly demonizes not only the campaign that Donald Trump won but also all of the people who voted for him.”

San Francisco is diverse, with many students whose families are in the country illegally and who are worried by Mr. Trump’s calls for deportation. She warned teachers that some students may use inappropriate words to express their fear and anger.

“I know that they might curse and swear, but you would too if you have suffered under the constructs of white supremacy or experienced sexism, or any isms or lack of privilege,” she wrote.

More than 2,000 San Francisco students walked out of class last week to protest the new president. On Monday, Mayor Ed Lee declared that San Francisco would continue to provide sanctuary for all [illegal] immigrants, religious minorities and gays and lesbians.

2. What statement did San Francisco teacher Fakrah Shah make about Donald Trump and the Americans who voted for him in her “Lesson Plan on the November 2016 Election” promoted by the teachers’ union to its members?

3. What suggestions does Ms. Shah give to teachers using her lesson plan?

Harmeet Dhillon, a Sihk who spoke at the Republican National Convention opposed the lesson plan, saying, “It’s boiling down the election in which 60 million people voted for this man to become president into two words: racism and sexism,” said Dhillon. “That’s very misleading. It’s just like propaganda….”

Dhillon was quick to question whether or not some students might take offense or be hurt by the lesson plan.

“Some of these students probably have parents who voted for Donald Trump,” said Dhillon. “How are those students going to feel when teachers are shoving a message down their throats that they are evil and bad and racist and sexist?”

Shah countered that anyone who supported Trump would be welcome in her class to defend their position. “They absolutely will be given safe space,” said Shah. “You know, they will be asked to explain how he is not racist.”

Shah was enthusiastic about the idea of other teachers using the plan. “Absolutely. I want it to be a call to all teachers,” said Shah. “We should all take offense and we should create spaces where students can have their voices heard.”

a) Do you agree with Harmeet Dhillon – that students whose parents voted for Trump could be hurt by the lesson plan? Explain your answer.

b) Shah countered that anyone who supported Trump would be welcome in her class to defend their position. “They absolutely will be given safe space,” said Shah. “You know, they will be asked to explain how he is not racist.” Will students who are required in class to “explain how [Trump] is not racist” feel they are being “given safe space”? Explain your answer.

c) In California, 5,476,131 voters cast their ballot for Hillary Clinton; 2,963,999 voted for Donald Trump. In San Fransisco county, Hillary Clinton received 85.3% of the vote; Donald Trump 9.7%.
Why would this lesson cause students who supported President-elect Trump to feel afraid to express their First Amendment right to freedom of speech?

d) The teachers’ union, United Educators of San Francisco, was offering the lesson plan on its website as an optional resource, saying that teachers are charged with supporting a student’s social and emotional well-being.
How does this lesson plan calling those who voted for Trump racist and sexist affect the social and emotional well-being of students whose parents voted for Trump?

7. The San Francisco school district sent KTVU a statement saying “Understandably our teachers are helping students process current events. Our schools serve diverse student populations and when teachers develop lessons to discuss current events, they are encouraged to include multiple perspectives and refer to issues/beliefs/values/behavior, not people or political parties.”
a) Does a lesson plan that calls anyone who voted for Trump racist and sexist meet these guidelines? Explain your answer.
b) How would this lesson stifle free speech?

1) Ms. Shah concludes her “Lesson Plan on the November 2016 Election” with the following:

Number 6: Finally, the vexing question: How to change the minds of so many in America who are so racist, sexist, etc etc., I think the following resources can help shape that discussion. If you are not interested in the minds of others, especially in middle America, you can focus on the upliftment of ourselves and our own community here at MHS. Come up with a plan. (A simple 5 point plan).

Read the excerpt from a US News commentary posted under “Resources” below. Do you agree with the writers’ assertions? Explain your answer.

“Teachers have an opportunity to encourage students who are concerned or worried about President-elect Trump to conduct a lesson on civics and the rule of law. They can also encourage students who oppose the current immigration laws Trump wants to enforce to work to change those laws. Also to discuss how citizens should react in a democratic society when they do not like existing laws, and why citizens need to respect election results even if they do not like the candidate. Bring up the example of the close to 50% who did not vote for Barack Obama in 2008 or 2012: they did not stage walkouts, protests and riots. They peacefully went about their business after the elections. That is the way a representative democracy works.”

We’re no fans of the president-elect…[but] we are astonished that so many educators, schools and colleges chose to treat his election as reason to alarm their students and to suggest that only a Democratic victory would have aligned with the nation’s values.

We understand that the country is divided and that some kids share their parents’ fears of potentially being deported or losing their health insurance. We’ve surely no objection to teachers comforting fearful children. That’s a responsibility of all adults who care for them. But we don’t believe that educators are supposed to make kids scared or teach that there is a right outcome and a wrong one to a presidential election. And we’re puzzled to see so many educators – and even education journalists – imagine that Trump’s election can only be understood through the prism of racism and xenophobia.

Our schools [should do a better] job of imparting U.S. history and civics to their pupils that it’s important to exploit every “teachable moment,” and this was a vivid one. We fear that it’s been largely wasted or used instead for propagandizing.

Education leaders insist that their response to the election outcome is not ideological; that it’s simply a response to Trump’s unique grotesquery. That would be easier to believe if K-12 and higher education leaders weren’t so open to stripping the statues and names of revered presidents like Wilson, Jefferson and Washington from school and college buildings. If prominent Republicans weren’t routinely disinvited from universities. If decent men like Mitt Romney and George W. Bush had not been routinely depicted by educators as racists, crypto-fascists and war criminals. If so many schools hadn’t celebrated Obama’s two elections with rallies, songs of homage and ebullient videos.

Education leaders explain that their histrionics were made necessary by Trump’s divisive, mean-spirited campaign; that no response to a Clinton victory would have been necessary because Hillary Clinton – like President Obama before her – offered a warm-hearted and inclusive future. Cheery acceptance of a Clinton win, they suggest, would not have reflected bias, simply the fact that students (and others) would have had nothing to worry about.

Well. While progressives may not believe it, here are some of the students who might have had cause to fear a Clinton victory:

We know that educational leaders think they’re doing the right thing. We do hope, however, that these same leaders might do a better job of asking whether their biases are coloring their judgment and aggravating the divisions they’re seeking to heal. After all, for those who supported Donald Trump because they think the nation’s elites hold them in contempt and have declared war on their values, we fear that the nation’s educators have done little this past week to disprove the point.