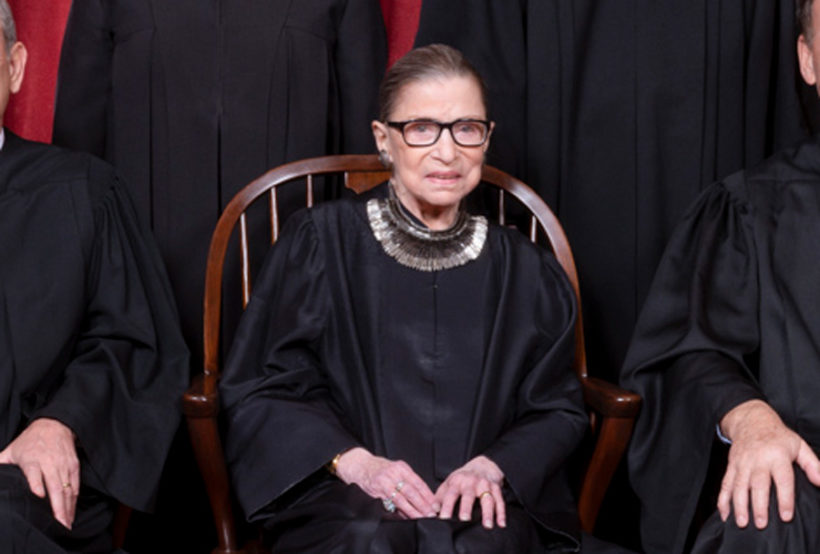 Lying in repose is the tradition in which the body of a deceased person, often of high social stature, is made available for public viewing. Lying in repose differs from the more formal honor of lying in state, which is generally held at the principal government building of the deceased person’s country and often accompanied by a guard of honor.

(by Melissa Quinn, CBS News) — The body of Justice Ruth Bader Ginsburg will lie in repose at the Supreme Court on Wednesday and Thursday, the court announced. The late justice will also lie in state in Statuary Hall in the U.S. Capitol on Friday, House Speaker Nancy Pelosi said.

Ginsburg’s former law clerks will serve as honorary pallbearers, lining the front steps when her casket arrives at the court, and Supreme Court police officers will serve as pallbearers. Ginsburg’s casket will be placed on the Lincoln Catafalque, which held President Abraham Lincoln’s casket.

Additionally, the Supreme Court is paying tribute to Ginsburg by draping a black wool crepe on her chair and the bench in front of it. According to NPR, “It’s a tradition that dates back to 1873 after the death of Chief Justice Salmon P. Chase.” 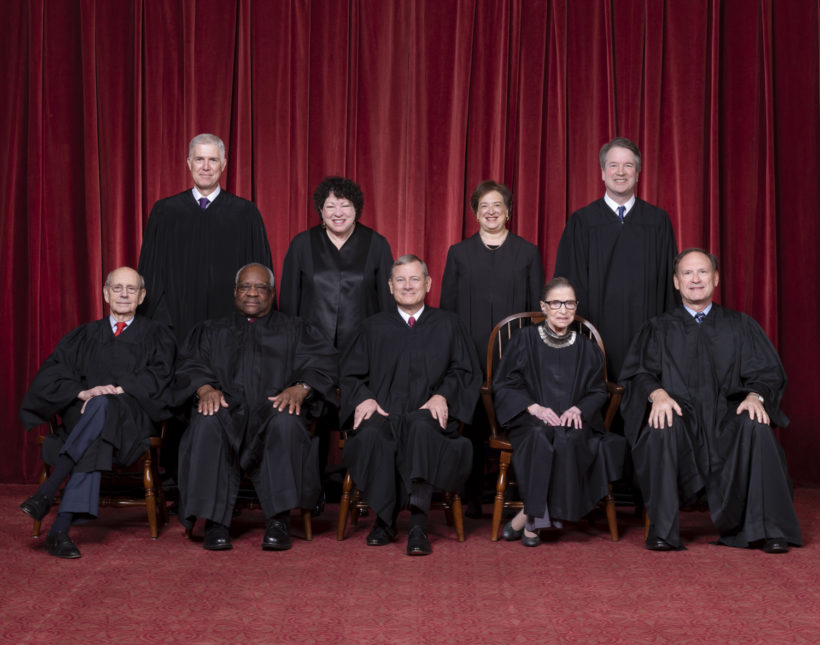 After lying in repose at the Supreme Court, Ginsburg’s body will lie in state in the Capitol on Friday, Pelosi announced. A formal ceremony for invited guests will also be held.

The civil rights icon Rosa Parks laid in honor in the Capitol rotunda in 2005, but as a government official, Ginsburg will be the first woman to lie in state in the Capitol.

A private interment service will be held at Arlington National Cemetery next week, the Supreme Court said.

Ginsburg died Friday at 87 from complications of metastatic pancreatic cancer. She served on the Supreme Court for 27 years and was a pioneer for women’s equality across her legal career.

It’s unclear whether proceedings at the Supreme Court and the U.S. Capitol will impact when President Trump names a replacement for Ginsburg. The president said Monday that he does not intend to announce his Supreme Court nominee until after funeral services for the late justice as a show of respect and noted he will do so on Saturday.

From an article at CBS News with excerpts from The Hill by Christina Marcos, The Hill and Town and Country by Caroline Hallemann. Reprinted here for educational purposes only. May not be reproduced on other websites without permission.

1. What is the difference between the two:
-lie in repose
-lie in state

3. Where will Justice Ginsburg be buried?

4. What is significant about the way Justice Ginsburg is being honored this week?

5. Why will a black cloth be draped on Justice Ginsburg’s chair and the bench in front of it at the Supreme Court?

6. Watch the ceremonies for Justice Ginsburg Wednesday to Saturday. It will most likely be shown on various TV and cable stations and streaming and social media platforms. What are your thoughts on how our country honors a Supreme Court Justice?

From her Supreme Court bio: