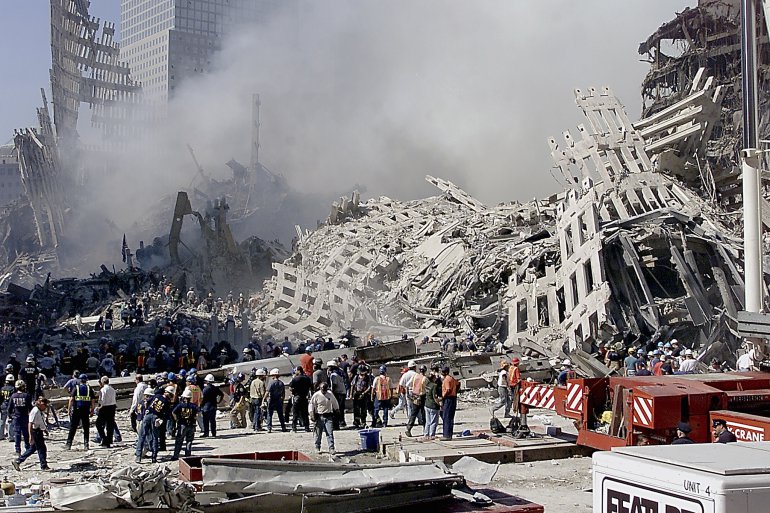 Fire and rescue workers search through the rubble of the World Trade Center 13 September 2001.

For a better understanding of what happened on September 11, 2001 (9/11) and to learn the stories of those who were killed and of the survivors, read a few survivor stories and listen to firefighters’ AUDIO from the towers “FDNY operating in the South Tower on 9/11” under “Resources” below.

6. Ask a parent and a grandparent: What do you remember about 9/11?

7. Why is it important for Americans to understand the nature of the fight that we are in?

8. a) Some people say we need to move past 9/11 and look to the future. Others say “never forget.” After watching the videos and reading more about 9/11, what do you think? Explain your answer.
b) Ask a parent the same question.