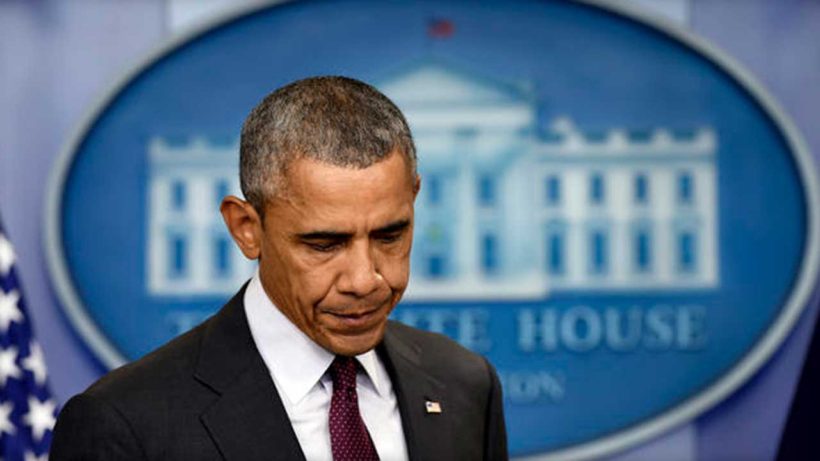 NOTE:  In December 2014, Texas and 25 other states filed a lawsuit in the  Southern District Court of Texas seeking to block both DAPA and expanded DACA. The main grounds for their suit were the costs of issuing driver’s licenses and other associated costs of giving the undocumented immigrants legal status. Other issues being considered included exceeding executive power, failure to adhere to rulemaking procedures, and standing — the right of the states to challenge federal immigration policies. On February 16, 2015, Judge Andrew Hanen issued a temporary injunction blocking both programs from going into effect. (National Law Review)

(by Alicia A. Caldwell, Associated Press) WASHINGTON – The Obama administration said Tuesday it will ask the Supreme Court to save its plans to shield from deportation millions of immigrants living in the country illegally. The appeal advances a legal confrontation with 26 states during a presidential race already roiled by disputes over U.S. immigration policy.

The ruling leaves in limbo the future of the program, called the Deferred Action for Parents and Americans [DAPA].  Democratic presidential front-runner Hillary  Clinton promised in May if elected to expand President Obama’s executive actions if Congress does not overhaul U.S. immigration laws. In October she also pledged to be “less harsh and aggressive” than Obama in enforcing immigration laws. …

The future of the estimated 11 million immigrants living in the country illegally has been debated by Republican and Democratic presidential candidates. Earlier this month Sen. Marco Rubio, R-Fla., said if elected he would eventually end Obama’s Deferred Action for Childhood Arrivals [DACA], which protects from deportation immigrants brought to the country illegally as children.

DACA was seen as an administrative answer to the DREAM Act, legislation…that would provide legal status to those young undocumented immigrants. To date, more than 720,000 young [illegal] immigrants have been granted permission to live and work legally in the U.S. under DACA.  That program is not affected by the appeals court ruling.

White House press secretary Josh Earnest said Tuesday the case was ultimately about the administration’s authority to decide how to use its limited resources in immigration enforcement.

“We obviously continue to believe strongly in the legal power of the arguments that we have been making for nearly a year … about the importance of giving our law enforcement officials the discretion to implement our immigration laws in a way that focuses on those who pose a genuine threat to our national security or to our communities,” Earnest said.

Monday’s 70-page ruling rejected administration arguments that the district court had abused its discretion with a nationwide order and that the states lacked standing to challenge Obama’s executive orders.

The Court acknowledged that an adverse ruling would discourage potential beneficiaries of DAPA from cooperating with law enforcement authorities or paying taxes. “But those are burdens that Congress knowingly created, and it is not our place to second-guess those decisions,” U.S. Circuit Judge Jerry Smith wrote for the majority. Smith was appointed to the court by Republican President Ronald Reagan.

In a 53-page dissent, Circuit Judge Carolyn Dineen King, who was appointed by Democratic President Jimmy Carter, said the administration was within the law. She cast the decision to defer action on some deportations as “quintessential exercises of prosecutorial discretion” and noted that the Homeland Security Department has limited resources.

“Although there are approximately 11.3 million removable aliens in this country today, for the last several years Congress has provided the Department of Homeland Security with only enough resources to remove approximately 400,000 of those aliens per year,” King wrote.

It’s unclear when the Justice Department will file its appeal or whether the high court would take up the case, but the administration may be running out of time to get a final decision before Obama leaves office in early 2017.

While the appeal moves forward, not much will change for the millions of [illegal] immigrants Obama sought to help by going around Congress.

When Obama and Homeland Security Secretary Jeh Johnson announced the Deferred Action for Parents of Americans (DAPA) program last year, they also rolled out a new set of priorities for immigration enforcement that focused on criminals, those who pose a threat to national security or public safety and recent border-crossers.

The result of that renewed focus means the average immigrant whose only offense is living in the country illegally isn’t likely to face deportation.

During the last budget year, which ended in September, the administration removed about 231,000 immigrants living in the country illegally, according to internal government documents obtained by The Associated Press.

Associated Press reporter Kevin McGill in New Orleans contributed to this report.  Reprinted here for educational purposes only. May not be reproduced on other websites without permission from YahooNews or Associated Press.

2. Why did Texas and 25 other states challenge the President’s executive action?

3. What does White House spokesman Josh Earnest say the case is about?

4. What argument did the Obama administration use to challenge the district court’s ruling in the higher 5th Circuit Court of Appeals?

5. Why won’t those who would be protected from deportation under DAPA not be affected by the Obama administration’s loss in the Court of Appeals?

6. The dissenting judge in the 5th Circuit Court wrote, ”Although there are approximately 11.3 million removable aliens in this country today, for the last several years Congress has provided the Department of Homeland Security with only enough resources to remove approximately 400,000 of those aliens per year.”
How many illegal immigrants did the Obama administration remove in the last year?

7. Name the three branches of government; what is the role of each under the Constitution?

8. Democratic presidential front-runner Hillary Clinton promised in May that if elected, she would expand President Obama’s executive actions if Congress does not overhaul U.S. immigration laws. Many of the Republican presidential candidates have said they would end President Obama’s executive action on immigration and instead enforce existing immigration laws. Front-runner Donald Trump says he’ll build a fence (and make Mexico pay for it).
Ask a parent: With which party’s position on illegal immigration do you agree? Why?   NOTE: Many people prefer to keep their opinions on controversial issues private. This answer is not for class discussion.

CHALLENGE:   On Executive Orders (from wikipedia):

There is no constitutional provision nor statute that explicitly permits executive orders. The term executive power Article II, Section 1, Clause 1 of the Constitution, refers to the title of President as the executive. He is instructed therein by the declaration “take Care that the Laws be faithfully executed” made in Article II, Section 3, Clause 5 or face impeachment.

Most executive orders use these Constitutional reasonings as the authorization allowing for their issuance to be justified as part of the President’s sworn duties, the intent being to help direct officers of the U.S. Executive carry out their delegated duties as well as the normal operations of the federal government: the consequence of failing to comply possibly being the removal from office.

An executive order of the president must find support in the Constitution, either in a clause granting the president specific power, or by a delegation of power by Congress to the president.

Considering this, do you think President Obama has the Constitutional authority to bypass Congress to issue executive actions on immigration?  Explain your answer.

Most news reports refer to President Obama’s “plan” to shield 4-5 million immigrants who are living in the U.S. unlawfully. The president actually took executive action to enable them to stay.  Texas and the 25 other states are challenging the president’s authority to issue an executive action on this matter.

“America does not stand still, and neither will I,” Obama said. “So wherever and whenever I can take steps without legislation [by using executive action] to expand opportunity for more American families, that’s what I’m going to do,” he said.

…The Supreme Court can overrule an executive action in the same way it would find a law unconstitutional. (blog.constitutioncenter.org)

President Obama has said he opposed the use of executive action on illegal immigration: washingtonpost.com/blogs