News from the border 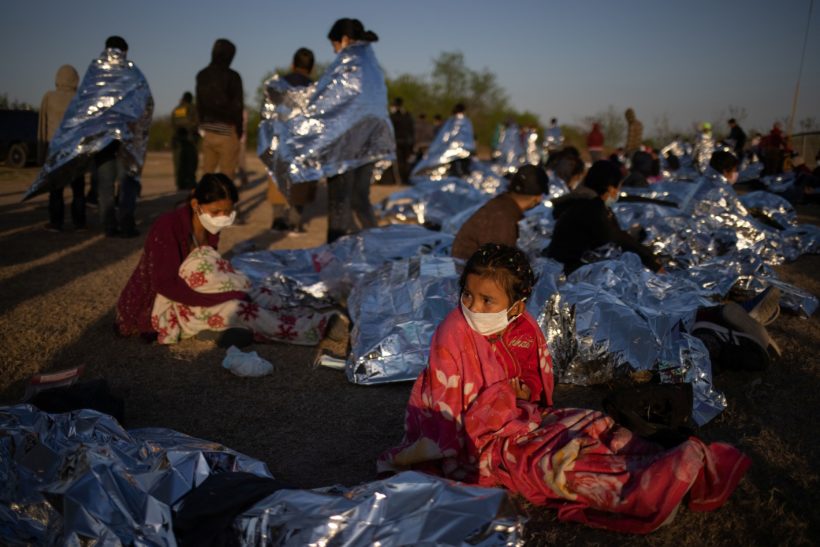 Hondurans took refuge near a baseball field after crossing the Rio Grande from Mexico on rafts in La Joya, Tex. (Adrees Latif/Reuters)

Dr. Ben Carson writes in an editorial: “What happened next was predictable: Biden’s campaign rhetoric and his termination of Trump’s strict border policies signaled to thousands that our borders are open. The U.S. Border Patrol apprehended nearly 100,000 migrants at the U.S.-Mexico border in February. The alarming number of unaccompanied minors tripled in the last two weeks alone. DHS Secretary Alejandro Mayorkas said that DHS expects to encounter more migrants on the southern border than we’ve seen in over two decades.

Read excerpts from 3 articles about the border below:

(by Gabrielle Fonrouge, New York Post)  HIDALGO COUNTY, Texas — A sheriff whose county sits on the Mexican border said the new surge of migrants essentially has an open door into the United States — and he believes the crisis will only get worse if the Biden administration doesn’t take swift action.

“Now, basically, the border’s open,” Sheriff J.E. Guerra, a Democrat, told The Post late Wednesday afternoon shortly after a ride-along with one of the department’s sergeants.

“We’re hopeful with this administration, [Biden’s] got an opportunity starting now but let’s wait and see, they’ve got to make a decision here pretty quick because as long as they think that, ‘Hey, the border’s open,’ here comes the flood, they’ve got to stop that.”

Guerra, an elected sheriff since 2014, explained the US Border Patrol agents that are typically watching the border line and the Rio Grande have been pulled off to man processing stations instead. They’re handling a stream of unaccompanied minors and families who’ve recently been permitted to enter the country under President Biden’s new, relaxed immigration policies.  …

“[When the Biden] administration came in, they changed policy [from what Trump had put in place], and I don’t think that our federal government was prepared to have the adequate resources and you’re seeing the results of that right now,” the sheriff went on, referencing a [drastic] increase in border crossings.

“They don’t have the resources, the boots on the ground, nor the infrastructure to handle what you’re seeing and I believe that it’s going to get worse if the administration doesn’t go back, or limit the policy. …”

While the county, the seventh largest in Texas, has seen a steady decline in crime over the last 25 years, Guerra is concerned the relaxed border security is making it easier for migrants with criminal histories to enter the country illegally and spread havoc elsewhere.

With less security at the border, more people overall are able to cross over, which is fueling organized crime in Mexico because migrants and coyotes must pay a toll to the cartels in order to traverse the Rio Grande and cross into this section of Texas, Guerra said.

“Your Mexican cartels are making more money on humans than they are on the drug side and right now, it’s a boom. It’s a boom for ’em, it’s huge… they’re making a killing right now,” Guerra said.

The situation is also putting vulnerable migrants, most of whom are in search of economic opportunity or escaping violence, at high risk of exploitation by the cartels.

Guerra, a Democrat, called on Washington to enact a “solid immigration plan” soon because if not, “this will not end.”

(by Tamar Lapin, New York Post) — Homeland Security Secretary Alejandro Mayorkas admitted there have been “instances” where the federal government released migrants at the US-Mexico border into the country without first testing them for the coronavirus.

During a hearing with the House Homeland Security Committee Wednesday, Georgia Rep. Andrew Clyde questioned Mayorkas on the issue, noting that the US requires that all international travelers show they’d tested negative for COVID-19 within three days before entering the country.

“There appears to be a more lenient standard for foreign nationals crossing our border illegally than for American citizens,” Clyde charged.

“Can you assure the American people that no one who has been apprehended is released into our communities with the — that still test positive for COVID-19?”

He added: “We have addressed that situation.”

The Republican congressman…pointed out at least two instances in Brownsville, Texas and Yuma, Arizona where migrants that had tested positive for the virus were then released into those communities.

“There were instances in which individuals were released,” Mayorkas admitted in response.

The DHS head said those instances had resulted in “additional practices” being enacted by the agency “to plug any hole.”

“It is our policy to test individuals who are apprehended in between the ports of entry, and if in fact they test positive, to quarantine them,” Mayorkas said. [It has been reported that these individuals are asked to quarantine, but not forced to do so.

(by Emily Jacobs, New York Post) — The Biden administration is not permitting state and local authorities to have access to unaccompanied migrant children in federal facilities to track the COVID-19 spread and probe human trafficking claims, according to Texas Gov. Greg Abbott.

Abbott, a Republican, told Fox News Wednesday night that his requests for access to critical data from the feds on the mushrooming migrant crisis were denied.

“The Biden administration is not being transparent with either the governor of Texas or the Texas Department of State Health Services,” Abbott told the network. “We need to know what the health situation of these kids are. We need to know if they’ve been exposed to variants of COVID.”

In addition to health concerns, Abbott said that as a border state, he was also required to arrest and prosecute those who were there without legal status.

“Our law enforcement, the Texas Department of Public Safety — they need to do their job. Part of their job is making sure they track down and prosecute anybody involved in smuggling. Once the kids get over to the state of Texas, they are still involved with coyotes and smugglers and people like that, that we do have the ability to put arrest and put behind bars,” the governor explained.

“The Biden administration is not letting us gain access to that information so that we can arrest and prosecute those that are assisting this immigration process.”

A White House spokesperson did not immediately respond to The Post’s request for comment on the matter.

The new administration’s efforts have unleashed a flood of Central American and Mexican illegal migrants at the US border, including thousands of unescorted children.

In his first month in office, Biden ended construction of Trump’s signature border wall and began to end the “Remain in Mexico” policy under which about 71,000 Central American asylum applicants were awaiting rulings in Mexico.

Insisting that the border was not facing a crisis, Biden’s Homeland Security Secretary Alejandro Mayorkas said earlier this month that the problems the agency faced should be blamed on the previous administration — despite data showing migrants flooding the border because they believe Biden will welcome them with open arms.

(In addition, on his way home from El Salvador, Tucker Carlson said that whereas U.S. citizens must take a coronavirus test before being allowed into the country, illegal immigrants do not:

“Before we left Central America this afternoon, we took a COVID test. … Of course, like everyone entering the United States by plane, we had no choice anyway. The airline demanded it. We couldn’t come home until we took the test,” he said, adding:

“That’s because, as they often tell us, our authorities are totally committed to keeping us safe from this deadly virus. So that’s the protocol if you’re coming from El Salvador to the United States legally. You take the test.”

“Under [the Biden] administration, [those coming here illegally] don’t have to, and they don’t. Illegal aliens are now exempt from the public health measures that have been imposed by force on the rest of us by the U.S. government. Illegal aliens come and go as they please. No one seems to care if they spread deadly viruses to the rest of the American population,” he explained.

“It’s hard to believe that’s actually happening, but it is. We verified it today, when DHS Secretary Alejandro Mayorkas admitted in congressional testimony that the Biden administration is releasing foreign nationals into American neighborhoods without even bothering to check if they’ve been infected with COVID.”

(Carlson had an additional report about the murderous gang MS-13.)

On March 10, White House National Security Council adviser Roberta Jacobson mistakenly told migrants that the Southern border was open, during the White House press briefing on Wednesday, March 10. During the briefing, Jacobson switched from English to Spanish and said:

“La frontera no esta cerrada” (the border IS NOT closed).

After a White House aide handed her a slip of paper later in the briefing, Jacobson corrected her statement to say, 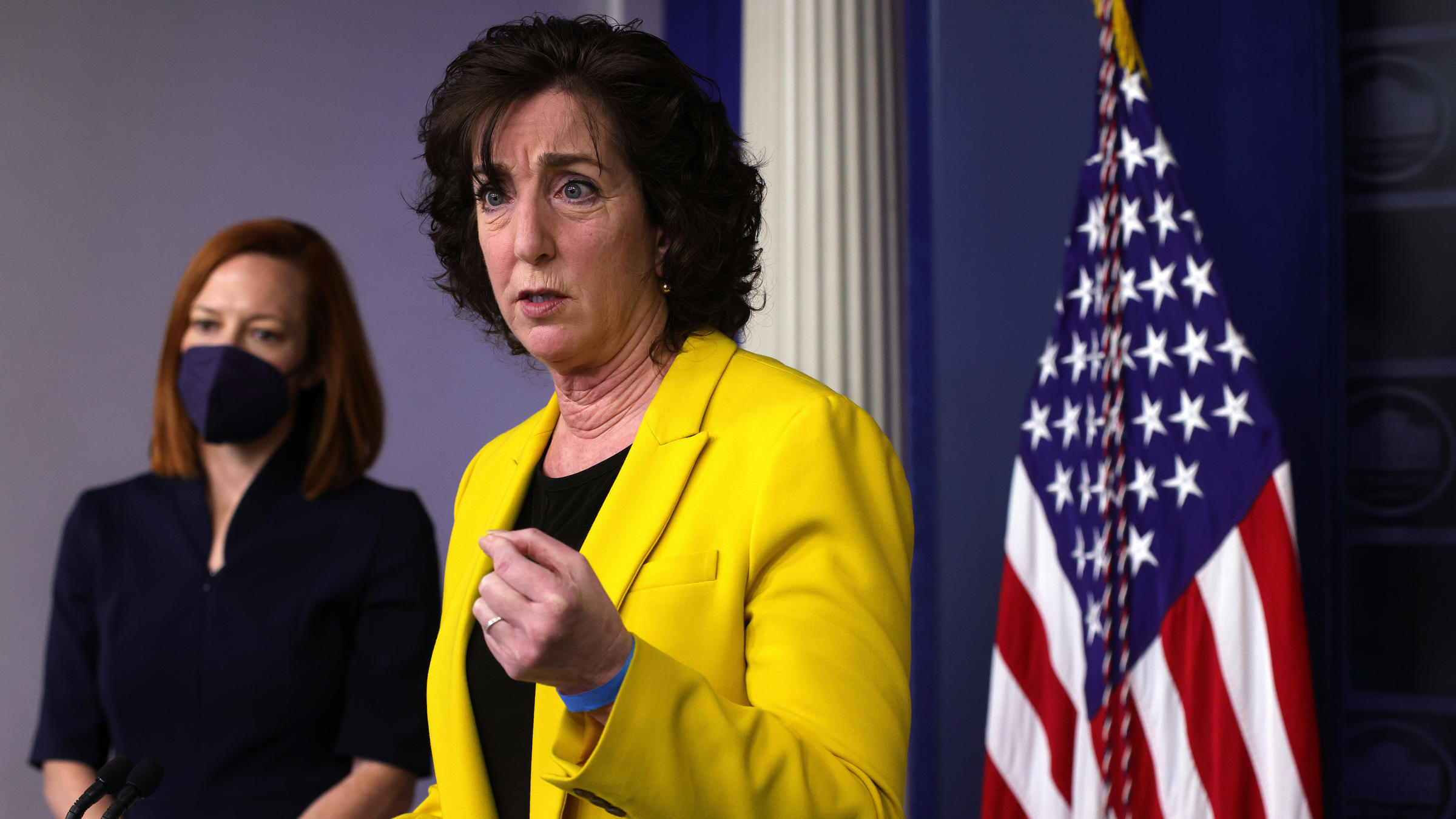 1. Answer the following about Hidalgo county, Texas Sheriff J.E. Guerra, who is a Democrat:
a) How does Sheriff Guerra view security at the border?
b) What does he want President Biden to do about the crisis on the border?
c) What does he think the administration needs to do to prevent the situation from getting worse?
d) We see/read a lot in the news about the plight of families coming across. How are organized crime and cartels exploiting innocent migrants attempting to enter the U.S. illegally?
e) What danger does the open border pose to Americans?

2. What admission did Homeland Security Secretary Alejandro Mayorkas make during a House Homeland Security Committee hearing on Wednesday?
3. What double standard did Georgia Rep. Andrew Clyde point out to Secretary Mayorkas about the Biden administration’s failure to test illegal immigrants for Coronavires?
4. How confident are you that the Biden administration is administering covid tests to all people entering the U.S. illegally and that those testing positive are quarantined for 2 weeks? Explain your answer.
5. Should anyone entering be made to quarantine for 10 days – the same time period that students, employees, professional athletes – anyone who was exposed to covid – is required to quarantine? Explain your answer.

10. Watch the video interview with President. What is your reaction to President Bukele’s assertions?

In Feb. 2020, Grayhound Bus Company sent an emailed statement to the Associated Press, announcing that it would no longer allow Department of Homeland Security officials to board its buses to conduct what have always been routine immigration checks.

On March 5, 2021, The Washington Examiner reported,

The Greyhound bus company reportedly is pushing the Biden administration to come up with a way to guarantee that migrants seeking to board its buses from the border have tested negative for the coronavirus before being transported across the country.

“It is critical to public safety that [Immigration and Customs Enforcement] provide 100% assurance that no one released that can be reasonably expected to ride a Greyhound bus be infected with COVID-19 (or mixed with other potential passengers that have tested negative),” Greyhound President and CEO David Leach wrote in a letter dated Wednesday to Department of Homeland Security Secretary Alejandro Mayorkas, obtained by Border Report.

“We need assurance that any detainees released by ICE have proof of a negative COVID-19 test, similar to the proof required for international airline passengers who arrive at US ports of entry. Greyhound already asks our customers to stay home and NOT travel if they are not feeling well or have been diagnosed with COVID,” Leach states. “However, migrants simply do not have that choice unless the government or their sponsors house them while they quarantine.”

Border Patrol and ICE are not testing anyone taken in custody. Border Patrol has been increasingly releasing people from its custody because ICE does not have room to accept transfers. Migrants who are released rely on Greyhound and other bus companies to travel to their final destinations in the United States.

In South Texas, local cities and towns are giving testing kits to nonprofit organizations so that they can administer tests at bus stations and shelters. Just this week, Rep. Henry Cuellar, a Texas Democrat, revealed that 108 people who had been released by Border Patrol in nearby Brownsville, Texas, tested positive.